HPERC determines a levelized tariff of ₹3.16/kWh for a small hydro project 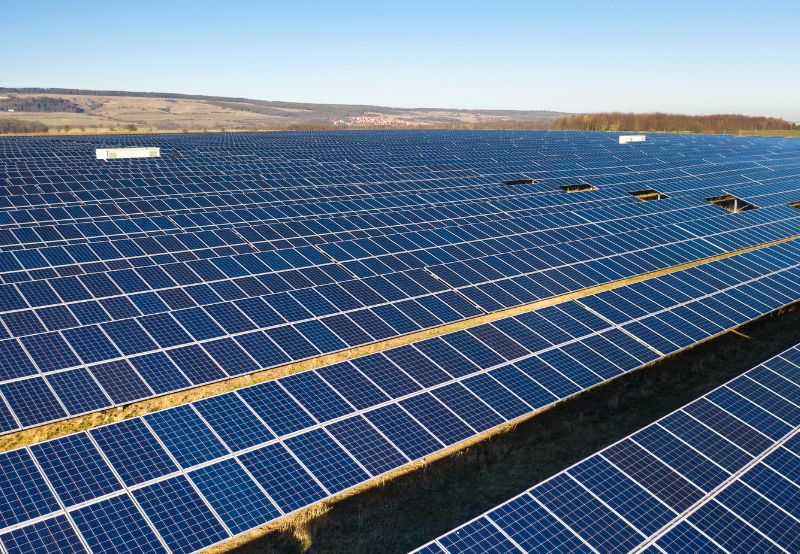 The Uttar Pradesh Government approved the ‘Solar Energy Policy, 2022,‘ revising its proposed target upwards to 22 GW of solar capacity by FY 2026-27. The government had proposed a 16 GW solar capacity target in its draft policy earlier this year. The approved target capacity includes 14 GW of utility-scale power projects, 6 GW of rooftop solar projects, and 2 GW of distributed solar projects. The Uttar Pradesh New and Renewable Energy Development Agency (UPNEDA) has been designated the nodal agency for implementing the policy.

The Himachal Pradesh Electricity Regulatory Commission determined a project-specific levelized tariff of ₹3.16 (~$0.038)/kWh for the Ghanvi-II small hydro project, which will be applicable from the commercial operation date, i.e., April 3, 2014. Himachal Pradesh State Electricity Board had filed a petition with the regulatory body for the determination of capital cost and project-specific levelized tariff for the sale of power from Ghanvi II, a 10 MW small hydropower project located on Ghanvi river in the Shimla district of Himachal Pradesh.

Larsen & Toubro secured an order from the Greenko group for civil and hydromechanical works to develop an off-stream pumped storage project in Madhya Pradesh. The project will be executed within 30 months through a consortium led by Larsen & Toubro. Upon completion, the project will be one of India’s largest clean energy projects of its type. The Gandhisagar project, designed to meet a pumped storage capacity of 10,080 MWh, envisages the creation of an upper reservoir near Khemla block village in Madhya Pradesh while the existing Gandhisagar reservoir will be the lower reservoir.

The Al Kharsaah, an 800 MW solar power project in Qatar, achieved grid connectivity at full capacity. The project, located 80 km west of Doha, is said to be the world’s largest solar project using a tracking system and bifacial modules. It is also the third-largest single-location solar power project in the world. Qatar hopes to use this project to promote clean energy development in the country. Al Kharsaah can supply 10% of Qatar’s peak power consumption and offset 26 million tons of CO2 emissions over its lifetime.

ib vogt, a Berlin-headquartered solar developer, started the construction of the 149 MW Garnacha solar power project located in the province of Zamora in Spain. The company signed a power purchase agreement (PPA) with Google for 12 years, and the project is expected to be commercially operational by October 2023. The project is located near the city of Toro and covers an area of 224 hectares of land. With an output of up to 300 GWh per year, the project would provide electricity equivalent to the average consumption of 85,000 households while saving up to 50,000 tons of CO2 per year.

Harmony Energy, a UK-based renewables developer, announced the successful commissioning of the 196 MWh – Pillswood project in East Yorkshire in the UK. The project has deployed a Tesla two-hour megapack system, which can store up to 196 MWh of electricity in a single cycle. The project site is located adjacent to National Grid’s Creyke Beck substation, the same connection point proposed for phases’ A’ and ‘B’ of the world’s largest offshore wind farm, Dogger Bank, which is set to become operational in summer 2023. The project will be operated through Autobidder, Tesla’s algorithmic trading platform, which has demonstrated its efficiency in managing the Holes Bay and Contego projects – two existing battery storage projects also developed by Harmony Energy.

Voltalia, an international player in the renewable energy space, announced the signing of a contract with the Renault Group to supply 350 MW of solar power, representing approximately 500 GWh per year. The agreement is considered one of France’s largest renewable electricity supply contracts. Renault Group has announced its intention to accelerate the decarbonization of its plants in France, and the agreement with Voltalia will enable them to cover up to 50% of the electricity consumption of its production activities in France by 2027. Voltalia will install 100 MW of solar panels at its sites in France starting in 2025.

AMEA Power announced the expansion of the ‘Sheikh Mohamed Bin Zayed Solar Power Project’ in Togo from 50 MW to 70 MW, making it the largest solar project in West Africa. Located in the village of Blitta, the project will provide power to more than 222,000 households and include a 4 MWh battery energy storage system. Phases 1 and 2 of the project were fully developed by AMEA Power during the COVID-19 pandemic and took less than 18 months to complete from their initial inception. Both project phases became operational in June 2021.