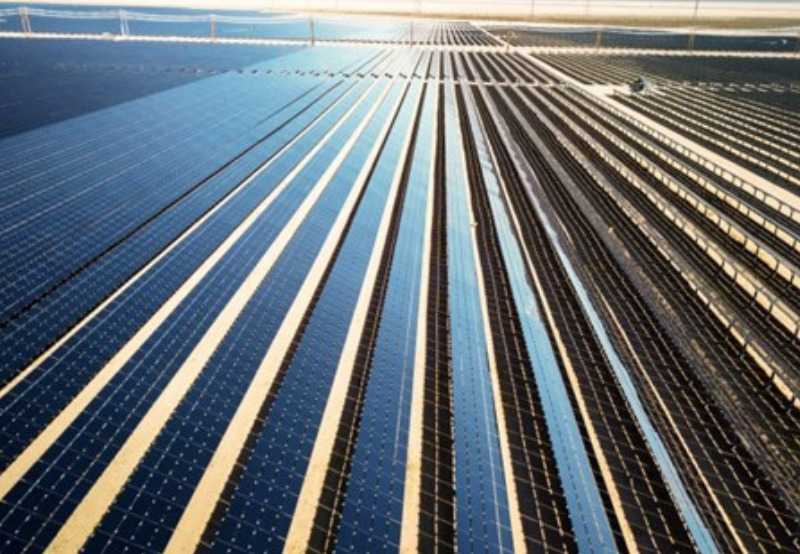 Adani Solar Energy Kutch Two, a wholly-owned subsidiary of Adani Green Energy (AGEL), has commissioned a 100 MW solar power project at Khirsara, Gujarat. The project was commissioned ahead of its scheduled commercial operation date specified in the power purchase agreement with the Gujarat Urja Vikas Nigam. The tariff for the project is ₹2.44(~$0.033)/kWh. With this commissioning, AGEL’s total renewable energy operation capacity reached 2.95 GW.

Kendriya Vidyalaya Sangathan has approved solar system installations in the Kendriya Vidyalas located in the Delhi region through Oakridge Energy, an approved installer with the Solar Energy Corporation of India.

BYD, a Chinese electric automobile manufacturer, has won an order to deliver another 406 electric buses to the Colombian capital of Bogota. The order came shortly after the announcement of the delivery of 470 pure electric buses to the city. The company will collaborate with a Columbian bus manufacturer Superpolo to work on the body part of the buses for such orders. The buses are expected to be deployed along 15 routes in Bogota’s Fontibon district in 2021.

SwifterwinT op Land, a collaboration of over 170 residents and entrepreneurs in the Netherlands, has placed a 207 MW order for their repowering project Windplanblauw Onshore. Vestas will supply the wind turbines. The wind park consists of 46 turbines of various variants and brands, which will be replaced by 37 new turbines from the EnVentus platform. The contract includes supply, installation, and commissioning of wind turbines. The delivery of the project is expected to begin in the first quarter of 2022. The commissioning is planned for the fourth quarter of 2022 and the first quarter of 2023.

ACWA Power has executed the official agreement for the 240 MW wind power project located in the Absheron and Khizi regions of Azerbaijan. The key agreements signed by ACWA Power include an investment agreement with the Azerbaijan government, and a power purchase agreement (PPA) as well as a transmission connection agreement with Azerenerji, the national electrical power company off-taker of the project. The project will generate enough energy to power 300,000 households while reducing 400,000 tons of carbon dioxide emissions annually.

The Albanian government has unveiled plans for launching the first tender to construct utility-scale onshore wind projects to enhance the country’s future energy supply and reduce greenhouse gas emissions. The tender, expected to be launched in early 2021, will be the first in a planned series of investments in wind energy projects. Prospective bidders can propose projects with a minimum capacity of 30 MW and a maximum capacity of 75 MW. Through this tender process, the ministry will select projects totaling 150 MW that will receive support measures. The tender was supported by the European Bank for Reconstruction and Development (EBRD) with the additional financial grant support of €650,000 (~$798,421) from the Swiss State Secretariat for Economic Affairs.

The EBRD is promoting the expansion of renewable energy in Egypt by supporting one of the first green private-to-private projects in the country, a 6 MW solar photovoltaic power plant located at Dina Farms in the Beheira governorate. This is EBRD’s first project in Egypt under the Southern and Eastern Mediterranean Private Renewable Energy Framework (SPREF), which falls under the umbrella of the UfM Regional Dialogue Platform on Renewable Energy and Energy Efficiency, created to promote the deployment of renewable energy and energy efficiency measures. With an initial US$ 4.2 million loan to TAQA PV for Solar Energy, TAQA Arabia’s renewable energy subsidiary, this photovoltaic power plant will enable Dina Farms, the largest dairy farm in Africa, to cover part of its energy consumption with clean energy.