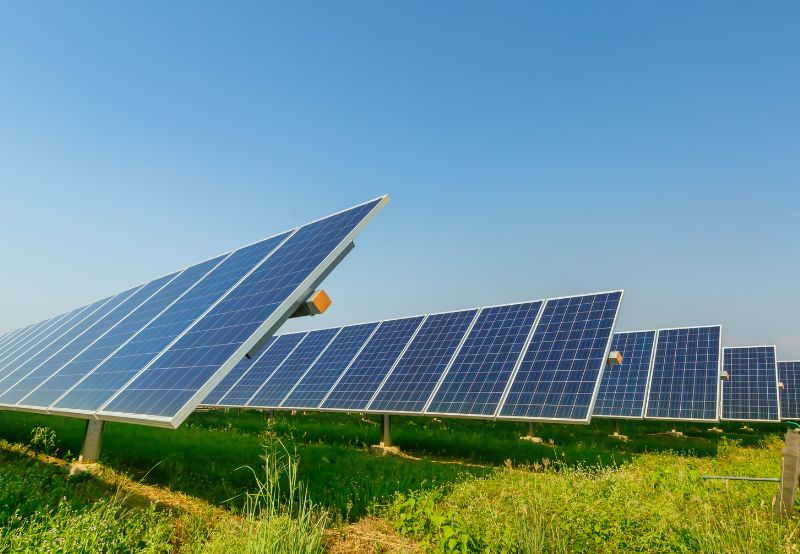 The Central Electricity Regulatory Commission (CERC) has ruled in favor of a solar developer and asked the Madhya Pradesh Power Management Company (MPPMCL) and Delhi Metro Rail Corporation (DMRC) to settle the safeguard duty claims along with the payment of the late payment surcharge within 30 days.

ACME Jaipur Solar Power had filed a petition seeking a direction to MPPMCL and DMRC to comply with the Commission’s earlier order for the timely and complete tariff and late payment surcharge payments.

ACME Solar Holdings was selected as the successful bidder to develop one of the units.

The government imposed the safeguard duty in July 2018 on the import of solar cells. The effective rate of duty then was 25%.

The developer had filed a petition in 2019 seeking compensation on the grounds of a ‘Change in Law’ event for the additional expense incurred due to the imposition of safeguard duty.

The Commission ruled that the imposition of safeguard duty came under the ‘Change in Law’ clause of the PPA.

The Commission had asked the developer to provide the respondents with all relevant documents exhibiting a clear correlation between the projects and the supply of imported goods.

In the hearing, DMRC clarified that it was already making regular payments to the petitioner, and the non-compliance with the order was only against MPPMCL.

ACME clarified that it had incurred additional expenditure on account of the ‘Change in Law’ amounting to ₹297.6 million (~$3.65 million) towards payment for Customs bonds through which the petitioner had imported goods.

The developer did not bring up the remaining amount of ₹119.2 million (~$1.46 million) in this petition.

MPPMCL clarified that the amount of ₹297.6 million (~$3.65 million) was not reconciled due to the absence of a correlation between the claim and supporting documents.

Thus, the petitioner had failed to comply with the direction of the Commission’s earlier order, and it was because of the petitioner’s inability to supply documents that it could not make the payments.

The Commission observed that the developer had submitted that it had paid the sum of ₹297.6 million (~$3.65 million) to the Customs authorities.

Since there was an actual cash outflow of ₹297.6 million (~$3.65 million), MPPMCL was duty-bound to reimburse such amounts to the developer in view of the earlier order passed by this Commission.

The Commission directed MPPMCL and DMRC to carry out reconcile the claims along with the late payment surcharge as per the PPA.

MPPMCL had submitted that the monthly annuity payment of ₹471.04 million (~$5.77 million) had been reconciled.

Further, all monthly invoices from June 2020 to August 2022 were passed for payment, and payment of invoices up to June 2022 had been made.