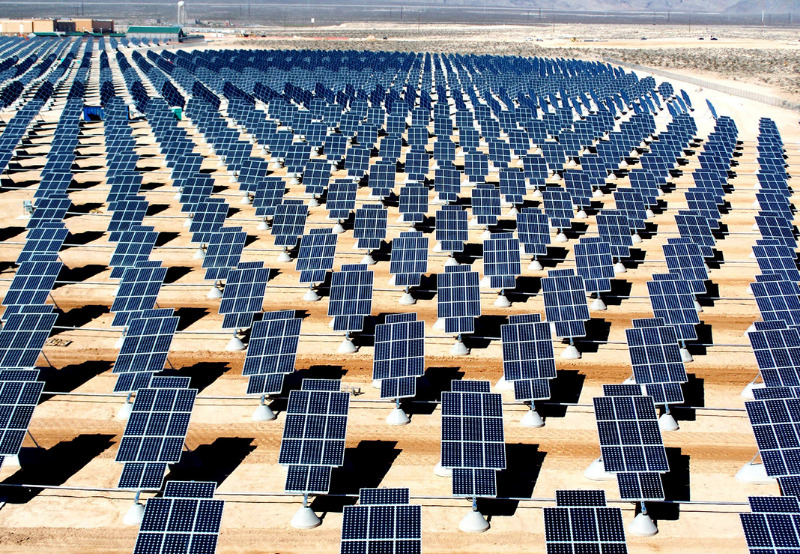 The Central Electricity Regulatory Commission (CERC) has rejected a petition to declare an inter-state transmission system (ISTS) transmission network connecting the solar park with the national grid as a ‘project of national importance.’

It also dismissed the request to share transmission charges and losses incurred on the development and operation of such projects by modifying the Central Electricity Regulatory Commission (Sharing of Inter-State Transmission Charges and Losses) Regulations, 2010.

However, the Commission observed that the 2010 Sharing Regulations did not have any provision regarding the declaration of any project as a ‘project of national importance’ and rejected the petitioners’ claim.

It also observed that the only provision related to exemption from payment of transmission charges and losses is in ‘Regulation 7 of the 2010 Sharing Regulations’, which states that exemption for a solar (or wind) project is applicable only after commercial operation of the project.

The petitioners had stated that the 2010 Sharing Regulations were premised on individual solar project developers who must declare the commercial operation of the project by the scheduled date.

The petitioners are solar park developers who applied for connectivity and long-term access (LTA) in ISTS. They had claimed that the 2010 regulations do not fully address the issues regarding the projects being set up in the solar park.

According to the petitioners, projects developed in solar parks face inherent challenges of mismatch of the schedule of operationalization of LTA and achieving commercial operation.

The petitioners also stated that they were engaged in the development of solar parks and were not in a position to absorb the costs for the delay that may occur in the establishment of the projects, especially when delays are attributable to the different agencies, including those responsible for the selection of developers through the bidding process.

The Commission observed that solar park developers were  eligible to apply for connectivity and LTA as per the Central Electricity Regulatory Commission (Grant of Connectivity, Long-term Access and Medium-term Open Access in inter-State Transmission and related matters) Regulations, 2009

It said that the petitioners had not applied for connectivity and LTA on behalf of solar developers and had instead applied for the same in their capacity as solar park developers.

The Commission noted that there was no provision for differential treatment to solar park developers vis-à-vis other entities in the 2009 Connectivity Regulations. The petitioners were therefore responsible for bearing charges towards connectivity and LTA granted to them.

The Commission observed that if solar park developers choose to apply for connectivity or LTA, they must bear all consequential liabilities. Any sharing of responsibility, including payment of transmission charges and losses between the solar park developers and solar project developers, can be governed by agreements, if any, amongst them. In no case can it be shared by other entities through the common pool.

The regulator ruled that the petitioners had not proved that the 2010 Sharing Regulations had led to delay in the bidding process or the commissioning of solar power projects.

The Ministry of Power (MoP), in August 2020, had waived ISTS charges and losses on all solar and wind projects commissioned before June 30, 2023. The ISTS charges would be waived for 25 years from their commissioning date for the transmission and sale to entities with renewable purchase obligations.

However, the MoP later announced that it would not deprive renewable power projects of a waiver on ISTS charges and losses if they are commissioned after June 20, 2023, due to delays caused by the transmission provider or the government agency or due to force majeure.