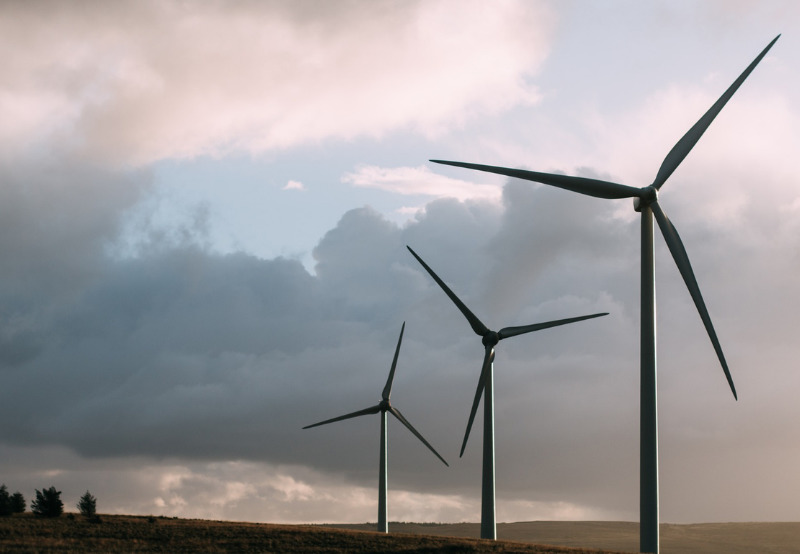 The Central Electricity Regulatory Commission (CERC), in a recent order, rejected ReNew Power’s petition to adjust the bank guarantee upon grant of stage-II connectivity against the letter of award (LoA) issued by Solar Energy Corporation of India (SECI) for 300 MW of wind projects.

NTPC Limited had invited proposals to develop inter-state transmission system (ISTS)-connected wind projects with 1.2 GW capacity on a build-own-operate basis. Of this, ReNew Wind Energy, a subsidiary of ReNew Power, secured an LoA from NTPC to develop 300 MW of ISTS-connected wind power project. The LoA of NTPC gave ReNeW Wind Energy the option to form a special purpose vehicle to execute the project.

ReNew Power and Power Grid Corporation of India Limited (PGCIL) executed the transmission agreement for stage-II connectivity. As per the provisions of the transmission agreement, the ReNew submitted a connectivity bank guarantee of ₹50 million (~$671,199). The petitioner said PGCIL could encash the bank guarantee if it failed to complete a dedicated transmission line and pooling substation within 24 months from the date of intimation of bay allocation at existing or new under-construction ISTS substation.

As per the provision of NTPC PPA, the approval of the Telangana State Electricity Regulatory Commission (TSERC) was a condition precedented for enforcement of PPA. If Telangana DISCOMs failed to secure approval for the PSA within two months from the effective date, NTPC PPA would be terminated except if both parties agreed to extend the date.

Therefore, Auxo Solar Energy terminated the PPA as Telangana DISCOMs did not get approval from TSERC for six months due to the imposition of the model code of conduct in the state because of the forthcoming election and the ongoing process of appointment of chairperson and members in TSERC.

On the other hand, the petitioner entered into a bay implementation agreement with PGCIL for consultancy services of two 220 kV AIS bay at the Hiriyur substation. PGCIL permitted Auxo Solar Energy to use connectivity that was granted to ReNew Power.

On December 21, 2018, SECI floated a tender to develop ISTS-connected wind projects with 1.2 GW of capacity on a build-own-operate basis. Ostro Energy, a subsidiary of ReNew Power, won the bid to develop 300 MW of wind project at a tariff of ₹2.55 (~$0.035)/kWh. ReNew secured an LoA from SECI to develop the project in Tamil Nadu.

Ostro Energy formed a special purpose vehicle Ostro Kannada Power to develop the project. Due to changes in land policy and other on-ground difficulties, Ostro Energy requested SECI to change the location of the wind project from Tamil Nadu to Karnataka and subsequently change the delivery point to the Hiriyur substation. It also requested SECI to incorporate all these changes into the LoA and PPA. SECI allowed the change of location and delivery point as requested by Ostro Energy and noted the said changes would be part of the LoA.

As per the 2009 Connectivity Regulations, ReNew Power applied for long-term access to transfer 300 MW power from the Hiriyur substation of PGCIL in Karnataka to the Eastern region on a target region basis. ReNew Power also requested PGCIL to allow Ostro Kannada Power to utilize stage-II connectivity that was earlier granted to ReNew Power for the NTPC wind project.

However, PGCIL stated that as per the NTPC LoA, there is no provision under which eligibility conditions for grant of stage-II connectivity could be replaced. Therefore, PGCIL declined ReNew Power’s request and requested its subsidiary to file another application for connectivity at the Hiriyur substation. PGCIL also said the new application would require a fresh bank guarantee as per the transmission agreement.

In its response, PGCIL said that there is no provision in renewable energy connectivity procedures or transmission agreement for the return of the bank guarantee or its substitution against other LoA.

PGCIL said the connectivity bank guarantee furnished by ReNew Power might be returned after the Commission’s order if ReNew Power is intended to remain connected to the ISTS at Hiriyur substation for which the connectivity was granted earlier for a project under a different LoA.

However, the process could increase administrative complications in the future as different subsidiaries of ReNew Power are implementing the projects.

The Commission, in its analysis, noted ReNew Power obtained stage-II connectivity for 300 MW at 220 kV Hiriyur substation based on NTPC LoA. It entered into a transmission agreement with PGCIL for connectivity and furnished a bank guarantee of ₹50 million (~$671,199).

After analyzing submissions by ReNew Power and PGCIL, the Commission stated that the bank guarantee furnished under the transmission agreement against NTPC LoA could not be linked to the connectivity applied against SECI LoA.

Mercom had earlier reported that CERC, responding to ReNew Power’s petition, had directed PGCIL not to encash bank guarantees submitted towards its wind projects until further orders.