ISTS waiver is attractive to C&I consumers, but uncertainty is hindering capacity addition 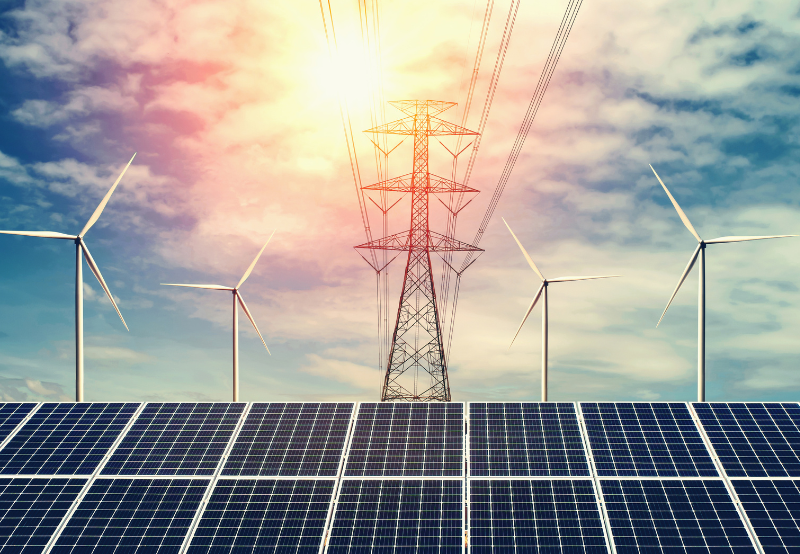 Nearly a year after the Ministry of Power (MOP) extended the timeline and widened the scope for waiver of the interstate transmission system (ISTS) charges for renewable energy projects, the expected surge in the open access solar market has not materialized because the Central Electricity Regulatory Commission (CERC) has not included the provisions in relevant amendments.

This has caused uncertainty for developers leading to slow progress in some projects. An executive from an open access developer said, “Developers are in a fix. If they build their projects based on the MoP order, they could suffer if CERC decides not to incorporate them. But if projects are held back until CERC’s regulations are finalized, we might not have enough time to avail 100% ISTS waiver.”

So far, CERC has released a draft amendment to the Sharing of Inter-State Transmission Charges and Losses (First Amendment) Regulations, 2022, but it does not include the developer-friendly provisions laid out in last November’s MoP order.

In stakeholder comments, MoP wrote to CERC earlier this month, “It is observed that the proposed supplementary amendment also is not in line with the provisions regarding waiver of transmission charges as per aforesaid MoP orders.” The letter noted that the ministry had written to CERC in August as well, urging it to include the provisions of its order in the regulations.

Emphasizing the scale of uncertainty over projects, another industry source said, “Developers are building close to 1 GW of ISTS projects in Rajasthan. They have also received the connectivity for it, but the regulatory uncertainty is holding back the projects from going ahead full steam.”

The ISTS charges waiver offers significant cost benefits to open access consumers. A commercial and industrial (C&I) unit stands to save around ₹0.50 (~$0.006)/kWh in ISTS charges when procuring renewable power. For a C&I consumer with a 50 MW requirement, the ISTS charges could be over ₹70 million in a year, assuming the unit runs for 8 hours a day for 365 days.

MoP’s order last year encouraged capacity addition through ISTS open access projects by bringing in private investment. The ministry extended the commissioning date for solar and wind energy projects by two years to June 30, 2025, as an eligibility criterion to avail of ISTS charges waiver for 25 years. Further, pumped hydro storage projects and battery energy storage systems (BESS), along with solar and wind energy, were also included in the waiver.

While the earlier ISTS charges waiver was applicable only for DISCOMs procuring power through competitive bidding, the ministry’s order extended it for captive use, power exchanges, and bilateral agreements.

The ISTS charge waiver is contingent on the commissioning time and progressively reduces every year. Projects commissioned by June 30, 2025, can avail of a 100% waiver on the ISTS charges. From then on, the extent of waiver declines progressively, as illustrated in the chart below –

The ISTS charges waiver allows C&I consumers another power procurement option on the table. For instance, many consumers based in Industrialized states with expensive land, like Haryana and Maharashtra, would prefer third-party solar open access from projects in Rajasthan or Gujarat. But ISTS charges make it prohibitive for them.

The current model of solar open access is almost entirely limited to captive/group captive or third-party projects developed in the same state where the C&I consumers are based.

“Currently, Delhi Metro is the only C&I consumer for inter-state open access as it buys power from the solar park in Rewa in Madhya Pradesh,” a source said. However, developers say that many consumers, especially those with large energy requirements, are looking at the ISTS open access option.

The open access arrangement saves C&I consumers from high distribution companies (DISCOM) charges, especially the cross-subsidy component. The intra-state model could be restrictive due to the scarcity of land or investment required for building captive units.

Consumer interest in ISTS open access projects is reflected in the recent announcement by Amazon, which roped in three developers for 420 MW solar projects in Rajasthan.

Industry sources said that apart from resolving the prevailing uncertainty, the state governments must reform their ISTS regulations to maximize the open access opportunity. “Very few states have open access projects. And where open access projects are present, the interstate policies are not impactful enough to make any difference to the business,” another developer added.

Large solar parks that provide power to other state DISCOMs have been the mainstay of solar capacity addition in India. The ISTS charges waiver for bilateral and captive projects aims to provide a cheaper source of renewable power for the industry, promote private investment in the sector and unlock large capacity additions.

“Nothing kills investments like uncertainty. Unfortunately, delays in decision-making fester uncertainty and bog down growth, which has become all too common in the solar industry. The industry needs decisions to be taken swiftly on pending regulations and issues to remove bottlenecks and provide confidence to investors,” said Raj Prabhu, CEO of Mercom Capital Group.