In the draft report, the CEA projects decline in the cost trajectory of Battery Energy Storage Systems (BESS) from ₹70 million in 2021-22 to ₹43 million in 2029-30 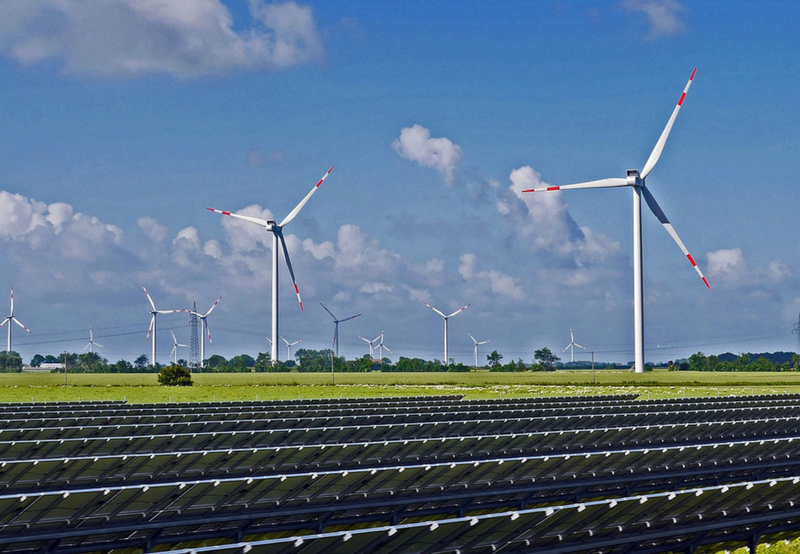 In October 2016, India became the 62nd country to ratify the Paris Agreement. The agreement requires every ratifying member country to come up with a national plan to curb carbon emissions and rising temperatures. Under this framework, India has set a goal of generating 40% of its electricity from renewable energy sources.

The study minimizes the total system cost of generation, including the cost of anticipated future investments while fulfilling all the technical constraints. The base year of the study has been considered as 2021-22. The installed capacity projected in the National Electricity Plan (NEP) has been taken as the input to find out the requirement of future generation capacity mix to be built up until 2029-30. The technical and financial parameters of different generation technologies have been considered as specified in the NEP.

Mercom previously reported that the CEA has estimated that the peak demand and energy requirement in the five years, 2017-2022, is likely to be 235,317 MW and 1,611 billion units, and for the five years, 2022-2027, it is expected to be 317,674 MW and 2,132 billion units. The NEP takes into account the short- and long-term demand forecast for different regions and suggests areas for generation and transmission capacity additions.

In the draft report, the cost trajectory for battery energy storage system is assumed to be reducing uniformly from ₹70 million (~$1.2 million) in 2021-22 to ₹43 million (~$0.63 million) in 2029-30 for a 4-hour battery system which also includes an additional cost of 25% due to the depth of discharge. The operation and maintenance (O&M) cost for the battery energy storage system has been considered as 2%.

The report points out that the capacity expansion for coal-based projects is not significant as compared to solar and wind capacity additions. It is projected that renewable energy sources (solar + wind) installed capacity will become 440 GW by the end of the year 2029-30, which is more than 50% of total installed capacity of 831 GW. 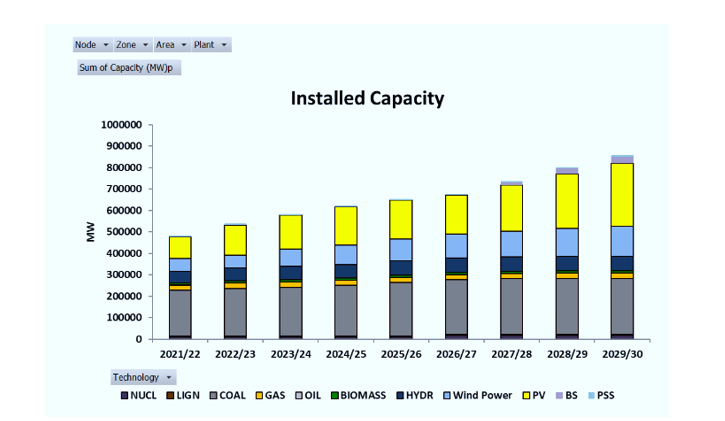 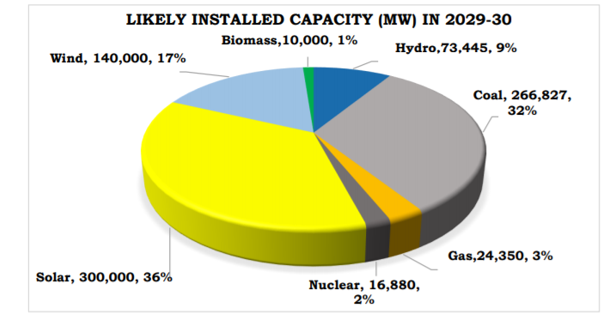 Mercom recently reported that according to the Economic Survey 2018-19, additional investments in renewable projects up to 2022 (excluding transmission) would be about $80 billion at today’s prices and an investment of around $250 billion will be required for the period 2023-2030.