Is there a Case for Basic Customs Duty on Solar Inverters?

To combat the impact of COVID-19, the government has announced various measures, and chief of them was the “Aatmanirbhar Bharat” or self-reliant India. One of the main initiatives under this announcement was domestic manufacturing. The government aims to increase manufacturing in India, curb imports to save foreign exchange, and bring in foreign direct investment to boost manufacturing.

To ensure these goals are achieved, the center has proposed to levy basic customs duty (BCD) on solar cells, modules, and solar inverters. By imposing BCD, the government intends to make manufacturing in India cheaper than importing to India.

But later, with the advent of string inverters and the aggressive price competition by Chinese manufacturers, the landscape changed. The solar inverter market (2019 shipment) was led by Huawei, Sungrow, TBEA, ABB, and TMEIC.

Recognizing the growing demand for inverters, Chinese manufacturers, including Sungrow, and TBEA have also opened manufacturing units in India.

K N Sreevatsa, Country Head at FIMER (formerly ABB), said: “Currently, we pay a 10% duty on components imported for manufacturing inverters. When a fully built inverter is imported into India against an MNRE certification, the duty is 5%…manufacturing in India is at a big disadvantage. I would welcome any duties on inverters as it would create a level playing field.”

Supporting the levy, Sreevatsa said: “This is a good step to support local manufacturing and reduce dependency on imports in the inverters business…this would also help generate jobs and address unemployment problems in India…several inverter manufacturers are coming to India for setting up units. We see it as a positive step, and this is going to bridge the demand-supply gap.

Honey Raza, Head of Sales in India at Solis, a Chinese inverter supplier, also agrees. According to him, BCD will lead to enhanced R&D efforts by public and private entities toward inverter development in the country.

“The proposed move…would also lead to the development of a robust supply chain and reduce foreign exchange outgo,” he said.

Many foreign companies, including Siemens, FIMER, TMEIC, Delta, Sungrow, and TBEA, have manufacturing facilities in India. However, they are mostly dependent on imports as India lacks a component manufacturing supply chain.

While the center plans to impose BCD on imports on fully-built inverters, stakeholders want the government to lay a clear roadmap for developing a robust and effective supply chain for domestic inverter components.

Sunil Badesra, Business Head at Sungrow India Pvt Ltd, said: “…many critical components of high quality are still not available for local sourcing within India. With the right kind of support and incentives from the government, there is a need to integrate the component manufacturing with the local supply chain and increase the value addition within India.”

While the government is pushing for manufacturing inverters in India, the pressing need is to promote critical inverter components like the insulated gate bipolar transistors (IGBT) to be manufactured in India.

Badesra added that a calibrated approach with a long-term view is necessary. It will ensure the development of a complete supply chain within India. This supply chain will cater to local original equipment manufacturers and drive the segment holistically towards the objective of an Aatmanirbhar Bharat.

Industry players feel that BCD will boost domestic manufacturing. It, however, needs to be effectively levied on the end product as well as on components. A balanced levy will ensure growth in the segment.

Badesra says the imposition of BCD on solar inverters would have to be equally supported by reduced duties on components until local component supplies in India reaches a level where they are competitive.

“The government has to make sure that any duty is well thought out and does not disrupt the sector, which is already reeling due to COVID. A thorough review of Indian inverter manufacturing capacity by technology and components needs to be performed by the government, followed by a stakeholder roundtable, which Mercom will be happy to organize. Without doing this, duties will be imposed without a true understanding of potential implications,” said Raj Prabhu, CEO of Mercom Capital Group.

BCD could hurt local inverter businesses in the short-term

Many stakeholders believe that imposition of BCD on solar inverters might harm the inverter business in the short-term.

“Retaliatory tariff by other countries on the Indian exports could have an impact on the domestic industry. In the short-term, we see a slump in the rooftop space. Ground-mounted solar project developers will have to suffice with the limited players available in India,” said Raza.

While industry players welcome the move, some say it might hurt the current solar projects under construction.

Raza from Solis commented that the imposition of BCD may help manufacturers in India but may also hurt solar power developers in the current scenario. “It is doubtful that the government will put aside concerns of developers and EPCs (engineering, procurement & construction) and take such a unilateral stand on BCD. Even if there is any such increase in duty, it would be limited between 2% and 4% from the present BCD rates, which is 11% inclusive of cess,” he added.

“It might increase the (solar power) project cost unless safeguarded by any ‘Change in Law’ or grandfathering clause,” said Badesra from Sungrow.

“…considering the pipeline of huge capacities in the next two years, demand will certainly outweigh the local manufacturing capacity of solar inverters and hence the supply of domestic goods. So, the imposition of BCD might also have some impact on this mismatch, including commercial numbers of the utility-scale projects,” he warned.

Government needs to think through before imposing BCD

The government’s aim of promoting inverter manufacturing in India needs to be well-planned with stakeholder inputs. Considering the availability of critical components locally is challenged, the government needs to incentivize component manufacturing before levying duty on the finished product in the case of solar inverters.

“A number of foreign companies have already invested in inverter manufacturing in India (unlike cell or module manufacturing). The government needs a balance between manufacturing self-reliance and meeting the 100 GW solar goal set by the Prime Minister. Mercom has forecasted less than 4 GW of solar in 2020 – creating more uncertainty will start to affect demand in 2021 negatively,” commented Raj. 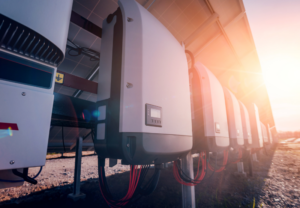