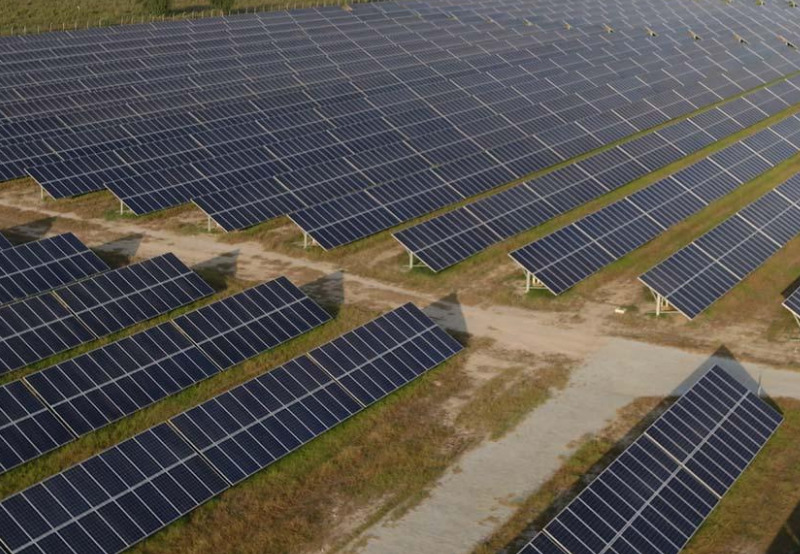 Independent solar power producer Azure Power posted a 13% year-over-year (YoY) rise in its revenue in the first quarter (Q1) of the financial year (FY) 2022, driven by projects commissioned after Q2 2020.

As of Q1 FY 2022, Azure has 2.05 GW of operational solar projects, increasing 23% over Q1 FY 2021. The company has an operating, contracted, and awarded solar capacity of 6.95 GW as of June 30, 2021. Of this, it has received letters of award for over 4 GW of solar capacity; however, power purchase agreements have not been signed yet. It has commissioned 62 MW AC (64 MW DC) of solar capacity during the quarter as construction activities were affected due to Covid-19.

Azure commissioned 62 MWac solar capacity during the quarter against 1 MWac installed during the same quarter in 2020. No significant capacities were added during both periods primarily due to COVID-19 disruptions.

Electricity generation during the quarter was 1,112 million kWh, an increase of 228 million kWh or 25.8%, over the quarter ended June 30, 2020. The increase in electricity generation was principally due to an additional 396 MWac operating capacity, including the rooftop portfolio commissioned since June 30, 2020. The Plant Load Factor for the quarter was 23.7%, compared to 23.1% in 2020. The increase was mainly because of the addition of AC and DC capacity in high insolation locations and improved plant performance.

In April this year, the company signed a binding agreement to sell its non-core rooftop solar portfolio with an operating capacity of 153 MW to Radiance Renewables for ₹5.36 billion (~$73.5 million).

According to Mercom’s India Solar Project Tracker, Azure Power has 2 GW of operational solar capacity, and 5.2 GW capacity in the pipeline as of June 30, 2021.