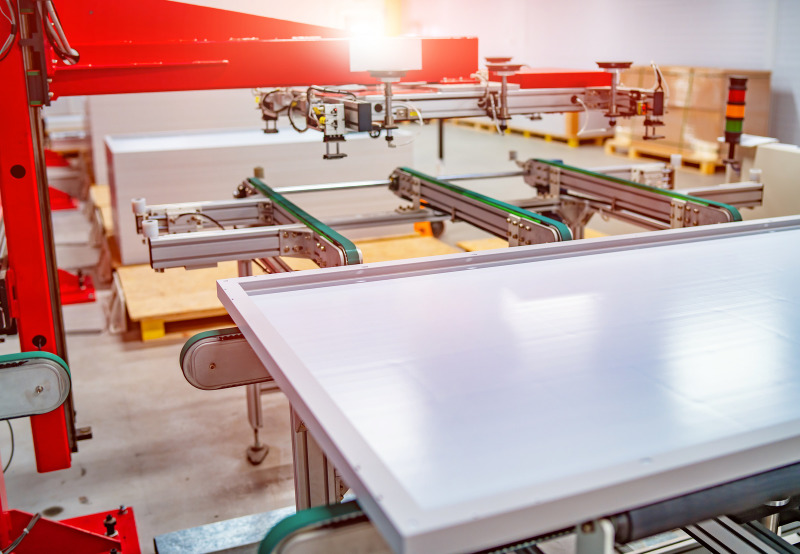 The solar glass shortage in China that started some six months back has started to affect the Indian solar manufacturing industry. This, coupled with the duties on glass, has started to take its toll on the industry.

Demand for solar is set to grow, with installations set to rise in 2021 after a dismal 2020. With a shortage of solar glass in the market and increasing prices, the situation has become difficult for module manufacturers in the country.

The solar glass shortage has come at an inopportune time as solar developers are rushing to complete the projects that were grounded by the COVID-19 pandemic and the subsequent lockdown. The shortage is threatening to halt the momentum just as the industry is bouncing back.

The imposition of anti-dumping duty and countervailing duty on imports of textured glass and tempered glass from Malaysia has made it more difficult for small module manufacturers to compete with bigger players and has created an imbalance in the Indian solar market.

Ashok Jain, Director of Gujarat Borosil, has a different view and justifies the need for anti-dumping duty and the need to support the domestic manufacturing industry.

He said, “The anti-dumping duty on glass imports from China was introduced in August 2017 for five years. It has been marginally helpful. China’s solar glass imports are currently priced at around $6.7 (~₹488.04) per square meter. The prices are similar in India at around $6.4 (~₹466.17) per square meter. We can’t say that anti-dumping duty is not good for the domestic market. The anti-dumping duty is a WTO-compliant trade mechanism that helps the domestic market to survive. There is a shortage of solar glass in the market, which is temporary. With capacities being added and the demand for bifacials increasing, it will be challenging to meet the growing demand. The increase in solar glass prices is certainly affecting the module manufacturers who are passing the cost to the end customers. But it is not just because of the solar glass because there are also other components involved in module manufacturing.”

Jain agreed that Borosil was the only solar glass producer in India currently.

“We started production in 2010 and expanded our capacity in 2019. We produce nearly 450 tons of glass per day, which is equivalent to  2.5 GW of modules, and we are planning to expand it to 5 GW by 2022. The Chinese players control almost 95% of the solar glass market. Because of the glass shortage in China and the increase in demand for solar glass, there is an imbalance in the demand-supply scenario in the Indian market, which is expected to last for another six months,” he said.

Pramod Sirohiya, Managing Director of Senza Solar, said, “The price of imported solar glass is higher than the local prices. Before the holidays in China, the prices were around $6.4 (~₹475.9) per square meter. After the Chinese New Year, the prices have come down to $5.3 (~₹386.7) per square meter. The situation is not good, and we are facing a really hard time. We have been forced to invest heavily in solar glass and other raw materials at a higher price. It takes nearly two months for the delivery, and the freight charges are around ₹200,000 (~$2,736)-₹300,000 (~$4,104) per container. In one container, there are around 1,500 glass sheets. In India, we don’t have enough suppliers, which has created a shortage and increase in prices, with one company enjoying the benefits.”

“There is a demand and supply gap. If we can fulfill the demand and have enough suppliers, then it’s not a problem, but that is not the case. The anti-dumping duty was never going to help. First, you need to help the local manufacturers and suppliers to scale up the production. Only then will anti-dumping duty help. You should have the capacity to cater to the market. Many module manufacturers will shut shop or be compelled to sell modules at a lower price if this thing continues. This will lead to a compromise on quality, and the end consumer will have to pay for it,” he said.

A Single Supplier Not Good for the Sector

The DGTR, while hearing the case concerning imports of solar glass from Malaysia, had said, “Anti-dumping duties being country-specific duties, the importers are free to import the subject goods at fair prices from the subject countries as well as from other countries. Therefore, there is no question of monopoly by domestic industry or causing shortage as the imports can still come after the imposition of duties given that they are fairly priced. Finally, a monopoly can exist only if there is a single supplier in the market, which is not the case. A single producer does not create any monopoly as the goods continue to reach the marketplace from other suppliers around the world.”

Speaking to Mercom, another module manufacturer, said, “Borosil cannot supply glass to the whole market, and they have tied up with a large manufacturer to supply most of the glasses. They have a 2 GW capacity, so their capacity is not enough to satisfy the demand of the Indian solar market, and they have also hiked the price. The glass pricing for 320 Wp was somewhere around ₹600 (~$8.18), but now it is almost double. Instead of fulfilling the demand, the government is putting anti-dumping duty. In this way, the government is killing the domestic module manufacturing industry.”

While it is technically correct that companies can import solar glass and have access to more than one supplier, they have to do so at a much higher price due to duties. But the fact is, duties are helping just one company that is highly unusual and not good for the market’s health.

Small module manufacturers are not at all happy with the imposition of anti-dumping duty on the solar glass. They feel that it is detrimental to the overall health of the solar industry in the country.

“The Chinese glass prices are somewhere around $6.4 (~₹476) per square meter, and some are even quoting $6.7 (~₹497.9) per square meter. The sizes of panels are different, so we cannot uniform the price based on watt peak. These days, solar glass’s cost is somewhere around ₹1,100 (~$15) per piece. We can calculate the imported glass, and it comes in the range of ₹1,150 (~$16) -₹1,300 (~$18) per piece for a panel. So, Borosil is fixing their price just below the import cost of Chinese glass. Borosil is closely monitoring the glass price, and accordingly, they are fixing their price,” noted another module manufacturer.

While the government’s intent seems to be right, the reality presents a stark picture in contrast, with many module manufacturers suffering because of the imposition of anti-dumping duty, which has created a situation where one company is managing the supplies.

“Earlier, we used to buy solar glass from Borosil. But after the glass shortage in China, things changed, and many big players stopped importing solar glass and started to buy from Borosil. This has made it tough for players like us, who had no other option but to rely on the imported glass. The price of imported glass is higher than the Indian price, which is not good for the industry. Anti-dumping duty has done nothing and has only increased the overall cost of module manufacturing, which will be passed on to the EPC companies, which in turn will pass it on to the end customers. The module prices will not decrease anymore, and they will remain the same for the first half of 2021. You cannot have a monopoly in such a big market. Whenever there is a monopolistic approach in the market, it’s the end customers who get hit the hardest,” said Harsh Jain, Director, Citizen Solar.

Many module manufacturers believe that the imposition of anti-dumping duty to promote the domestic sector has done more harm than good. It has negatively impacted the module manufacturing business. With no concrete plans to meet the growing demand at home, it has led to an increase in import prices of raw materials and made the manufacturing process costlier.

While the odds favor one company right now, there are chances that new entrants’ entry in the solar glass manufacturing space will create a level playing and bring down the prices.

Though anti-dumping duty prevents imported goods from being sold at lower than market prices and protects the local manufacturers from unfair competition, it has ended up with an equally big challenge – supply shortage in the case of solar glass. Levying duties before ensuring enough supplies has resulted in protecting one local manufacturer while pushing several other local manufacturers (small-scale module manufacturers) who are mostly MSMEs in jeopardy.

Mercom’s flagship event Mercom India Solar Summit, to be held virtually on April 8th and 9th, has an exclusive session to discuss ‘The Black Swan: Supply Chain and How to Mitigate Market Surprises’. You can click here to register for the event.