Several renewable energy companies have put forward their suggestions and objections to the proposed amendments for the forecasting, scheduling, and deviation settlement regulations put in place by the Andhra Pradesh Electricity Regulatory Commission (APERC).

The Andhra Pradesh State Load Despatch Center (APSLDC), in its reply, has addressed the suggestions and objections.

In February this year, the Transmission Corporation of Andhra Pradesh (APTRANSCO) had issued a notice to the APERC seeking amendments to the existing regulations for forecasting, scheduling and deviation settlement for renewable energy projects. It said that APSLDC made a detailed report highlighting the difficulties they face in everyday operations because of the existing regulations.

Amendment 1 states that the term available capacity should be substituted with the scheduled generation for calculating forecast error.

The APSLDC said that instances of low and no generation could not be covered if the scheduled generation is considered in the denominator. It further added that in case of zero scheduled energy, the DSM charges could be levied at the rate of ₹2 (~$0.026)/kWh of deviation. APSLDC also noted that the proposed amendments do not apply to interstate transactions.

Replying to the other question posed by some developers about the forecasting and scheduling accuracies of renewable energy, APSLDC said that the formula for error should invariably contain one of the two parameters in the numerator as well as in the denominator. The absolute error defined in the regulations contains an unrelated parameter in the denominator. By dividing the deviation with available capacity as stated in present regulations, the error becomes infinitesimal, and the regulation becomes redundant.

Some of the developers said that a 15% error would result in a deviation of 1,125 MW in the state, which is an illogical argument as it assumes that all sites will have an equal or similar deviation in the same direction. They said that if renewable energy generators are treated at par with conventional energy generators, that would seriously defeat the very target of the Government of India to meet its renewable energy target.

Replying to the above query, APSLDC said that CERC allows a deviation limit of only +/- 250 MW for renewable energy-rich states. For a variable renewable energy capacity of 7.5 GW in the state of Andhra Pradesh, a forecast error of 15% will result in a 1.12 GW deviation, which is not allowed. The deviation in positive direction results in the backing down of conventional generators, and corrective measures are needed for maintaining the load generation balance. The deviation in the negative direction results in deficit conditions that require resources to bridge the gap between load and generation.

This amendment deals with the removal of forecast on an hourly basis and adheres to scheduling on a day-ahead basis. On this, the APSLDC said that in case any outgoing lines or connected equipment of power evacuation line break down, it will be considered as force majeure. There will not be any deviation penalty in that case.

APSLDC further added that the proposed amendment is expected to bring in the renewable generators to forecast accurately, which will be useful for planning the load generation balance in real-time grid operation. Planning of resources by DISCOMs is done on a day-ahead basis. Any deviation from forecast during real-time of renewable sources would affect load generation balance. The objective of bringing this regulation is to maintain grid discipline and grid security as envisaged under the grid code through a commercial mechanism for deviation settlement.

Amendment four allows for a penalty of ₹2 (~$0.026)/kWh for the shortfall or excess injection, and APSLDC said that with regard to renewable power generation, during the real-time operation of the grid, huge variations occur between the forecast schedules and actual generation. Due to this error in the forecasting of renewable energy generation, dependency on un-requisitioned surplus is increased, which has an uncertainty in price associated with it.

APSLDC further noted that the deviation charge of ₹2 (~$0.026)/kWh was computed by considering adequacy costs along with balancing costs, and the same was proposed by APERC.

To stress the need for these amendments, in a letter to the APERC, the state despatch center previously stated that on April 07, 2020, and April 08, 2020, there was a steep drop of about 900 MW of solar generation within 30 minutes from 14:05 hrs to 14.35 hrs. This was against the normal ramp down of 60-70 MW in each 15-minute time block resulting in over drawl of 500 MW from the grid. Similarly, on April 08, 2020, at 14.35 hrs, a drop of 550 MW in a solar generation was witnessed in 20 minutes, and the solar generation recovered by about 300 MW. Citing these examples, APSLDC, in its letter, said that the proposed amendments submitted before APERC are in the interest of the public and end consumers.

In February this year, APSLDC had filed a review petition before the state’s high court against Power System Operation Corporation Limited’s (POSOCO) appointment to look into the reasons behind the curtailment of renewable energy in the state, due to it being an independent central agency. The state high court in its order dated January 27, 2020, had asked the POSOCO to investigate the reasons behind the curtailment of renewable power in Andhra Pradesh.

Earlier this year, the Central Electricity Authority (CEA) released a notice inviting comments and suggestions for a proposed stakeholder meeting to help deal with problems surrounding forecasting and scheduling of renewable energy generation. 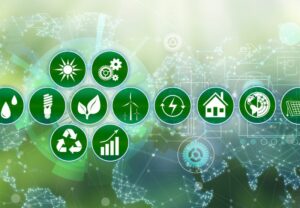 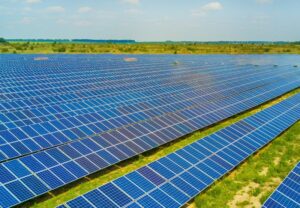