FMO and DEG will be financing the project which is expected to power 42,000 homes in the country

Renewable energy project developer, AMEA, has announced financial closure for a 50 MW solar project in Jordan. The company has announced that it has secured $74 million for the Al Husainiyah project with assistance from the Dutch development bank, FMO. In addition to contributing $29.6 million, the FMO is also expected to mobilize $29.6 million from DEG for financing this project.

FMO’s chief investment officer, Linda Broekhuizen, said, “This project perfectly fits with our strategy. Not only is it 100 percent green, but it also has a high developmental value because the project will source its PV panels from a local manufacturer, thereby supporting hundreds of good quality jobs. For FMO, this transaction also represents another successful collaboration with DEG under the Friendship Facility, a partnership we are keen to expand to better serve our shared objectives.”

Approximately 200,000 photovoltaic (PV) solar modules of 330W capacity each are expected to be deployed for this project. The solar modules will be manufactured at Philadelphia Solar’s facility in Al-Qastal Industrial Area, located near Amman. The Al Husainiyah project is scheduled for commissioning in Q4 2020 and is expected to supply 42,000 households with clean energy while avoiding an estimated 100,000 tonnes in annual carbon emissions.

Hussain Al Nowais, chairman, AMEA Power, said “AMEA Power believes in Jordan and the government’s commitment to increase the renewable energy share in the country’s power production. Through this project, we are proud to support Jordan’s vision to reduce its reliance on imported fuel and limit its carbon footprint. The country is an important market for us as we recently also reached financial close on a 50 MW wind project in Jordan and we hope that this solar project will stimulate further investments in renewable energy projects in Jordan.”

Dubai-based AMEA Power has added that it has a pipeline of approximately 7 GW capacity of power projects across various technologies and at different stages of development in emerging markets. The company focuses on the development, operation, and ownership of projects in Africa, Asia, and the Middle East.

Jordan has been receiving funds from diverse sources for the solar projects being developed in the region. In December 2018, the European Bank for Reconstruction and Development (EBRD) announced that it would provide $265 million in long-term loans to Jordan’s National Electric Power Company (NEPCO). The fund is expected to improve grid integration of renewable energy in the country.

Earlier, Mercom also reported that the International Finance Corporation (IFC), a member of the World Bank Group, arranged a financial package of up to $188 million for the development of a 248 MW solar project in Jordan.

Dubai is hosting the largest single-site solar park in the MENA region. Mercom reported on the news of Dubai Electricity and Water Authority (DEWA) and a consortium of Saudi Arabia’s ACWA Power and the Silk Road Fund, announcing the financial closure for a 950 MW solar park project in Dubai. 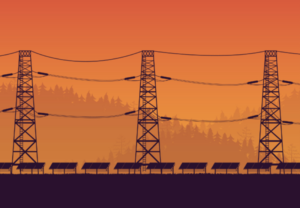