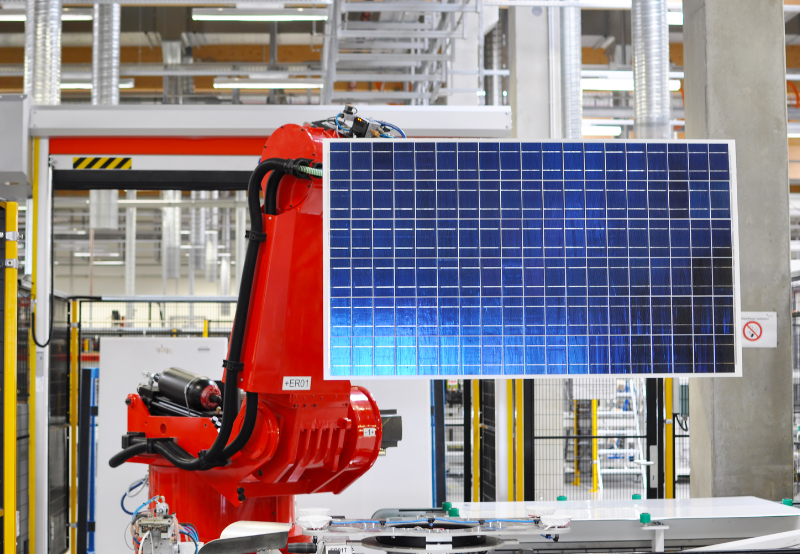 The subsidiary, which manufactures solar modules and assembles wind turbines, said lower sales of solar modules impacted its revenue. The company sold 206 MW modules in the July-September quarter, down 28% YoY.

Earnings before interest, taxes, depreciation, and amortization (EBITDA)  stood at ₹520 million (~$6.34 million) in Q2, a 40% drop YoY. The company said that EBITDA was impacted by lower volume and higher raw material costs.

The company’s existing 1.5 GW solar cell plant is being upgraded to 2 GW with TOPCon cell technology, which is expected to start commercial operation by June 2023.

Adani New Industries also announced that the 2 GW module line began commercial operation in July this year. A new cell line will go on stream by the end of the fiscal year 2023.

The company said it has a module order book of 1.5 GW.

ANIL has installed the country’s largest wind turbine prototype of 5.2 MW at Mundra, which is currently undergoing testing and certification.

In July this year, French oil and gas major TotalEnergies announced that it signed an agreement with Adani Enterprises to acquire a 25% interest in ANIL to produce and commercialize green hydrogen in India.

Earlier, the Adani Group had announced that it would invest $20 billion in renewable energy generation and component manufacturing over the next ten years and produce the world’s cheapest green electron. Adani Group’s plans include tripling its renewable power generation capacity over the next four years, green hydrogen production, powering all data centers with renewable energy, and turning its ports into net carbon zero by 2025.