Abu Dhabi Postpones Public Opening of Bids for 1.5 GW of Solar Due to Corona Outbreak

The next date of opening has not been specified

The adverse effects of Coronavirus continues to impact the solar industry around the world. Due to the pandemic, the planned public opening of the commercial tariffs for the 1.5 GW Al-Dhafra solar project has been postponed, according to a report by Utilities Middle East.

This move comes as a part of the precautionary measure taken by the Emirates Water & Electricity Company (EWEC), Abu Dhabi’s state-owned water and electric utility, to curb the spread of deadly COVID-19 virus.

EWEC replaced the earlier Abu Dhabi Water and Electricity Company (ADWEC), that was merged within the Ministry of Energy in 2018.

As per the report, EWEC has notified the bidders that the opening of commercial bids has been postponed to avoid large gatherings of people, which is of prime importance in stopping the spread of Coronavirus.

In February 2019, EWEC, Abu Dhabi’s state-owned water and electric utility had invited expressions of interest (EoI) for the development of 2 GW of solar power projects at Al Dafra, 50 kilometers from Abu Dhabi.

In November 2019, EWEC had received bids for the development of the independent power project (IPP), which will be developed in the Al Dhafra region of UAE’s capital Abu Dhabi. The project is spread over an area of 20 square km.

Earlier, Adel al-Saeedi, director of the privatization directorate, had said that EWEC intended to sign the PPA for the project in the first quarter of 2020 and reach the financial closure in the second quarter.

The project will include financing, construction, and operation & maintenance (O&M) of the solar project for 30 years.

In a statement last year, EWEC had said that an optional bid was invited for the provision of battery storage, and it generated a huge market interest.

Recently, the Abu Dhabi Fund for Development (ADFD) approved about $105 million (~₹7.42 billion) for the development of eight renewable energy projects under the seventh cycle of its partnership with the International Renewable Energy Agency (IRENA).

The United Arab Emirates-based Masdar has previously invested around $150 million (~₹10.7 billion) in Hero Future Energies, one of the leading names in the clean energy space in India.

Previously, Mercom had reported that EWEC had invited expressions of interest (EoI) for the development of 2 GW of solar power projects at Al Dhafra, 50 kilometers from Abu Dhabi. 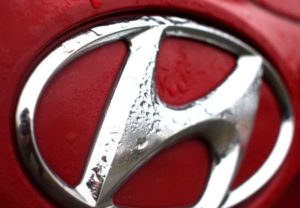 Daily News Wrap-Up: Hyundai to Assign over $87 Billion for Electric Vehicles by 2025 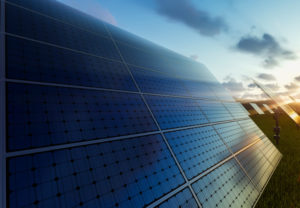