A New Way to Recycle Perovskite Used in Solar Cells 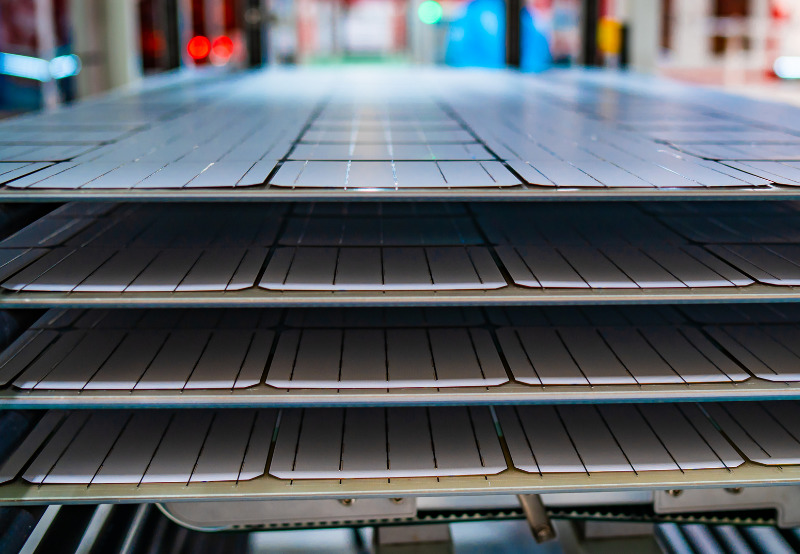 A team of researchers at the Hebrew University of Jerusalem have come up with a new method to produce recyclable perovskite used in solar cells, according to a paper published in the Proceedings of the National Academy of Sciences. The process is expected to have a lasting impact on the solar sector.

The emerging field of perovskite solar cells has opened new doors for researchers, slowly gaining popularity and acceptance among other solar technologies. But one thing that goes against the perovskite cells is that it poses environmental challenges due to degradation over a period. The degrading photoactive materials usually situated between the layers inhibit cell recycling.

The researchers investigated a structure of perovskite cells composed of chemically and thermally stable oxides, including applying the photoactive perovskite material as a final step. This structure allows for removing and replacing degraded perovskite, with a full restoration of photovoltaic characteristics.

The solar cells prepared using this structure demonstrated a power conversion efficiency of 11.08% with a high open-circuit voltage of 0.988 V.

The researchers developed a screen-printed three-layered all-nanoparticle network as a rigid framework for a perovskite active layer. This matrix enables perovskite to percolate and form a complementary photoactive network. Two porous conductive oxide layers, separated by a porous insulator, serve as a chemically stable substrate for the cells.

As per the research paper, the mesostructured triple-oxide perovskite solar cells revealed high stability. These properties are derived from the unique scaffold and the interlaced perovskite network, which is crystallized within its cavities. Other than being fully printable, the cells were proven to be entirely renewable.

The scaffold demonstrated a striking thermal and chemical stability, allowing for the removal of the perovskite while keeping the substrate intact. The application of a new perovskite instead of a degraded one exhibited a full regeneration of all photovoltaic properties. The exclusive recycling of the photoactive materials from solar cells paves the way for more sustainable green energy production in the future.

In October this year, a team of researchers from the Australian Research Council Center of Excellence in Exciton Science claimed that they had developed a process that could enhance perovskite cells’ commercial use. The research tackled bandgap instability due to light-induced phase segregation in mixed-halide perovskites that presents a significant challenge for their future commercial use.

Earlier, the researchers at Iowa State University came up with an innovative way to stabilize perovskite cells at high temperatures. They developed a technique that made the material more stable at higher temperatures.