The study published in Nature Energy derived observations from a 2019 experiment that used guanidium thiocyanate (GuaSCN) cation and achieved an efficiency of 23.1% in a tin-lead tandem perovskite cell. The GuaSCN cation improved the structural and optoelectronic properties of tin-lead (Sn-Pb) mixed perovskite films with a low bandgap of approximately 1.25 electron volt.

However, in the new research, the NREL team introduced phenethylammonium iodide (PEAI) as the second compound with GuaSCN leading to an improved tin-lead perovskite. 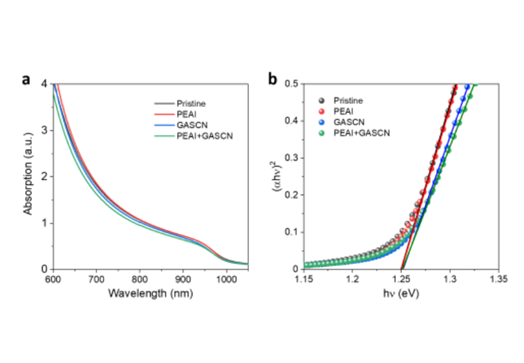 The addition of the two compounds revealed that while the best-certified tandem device recorded a voltage of 2.049 volts, NREL’s 2-dimensional tandem cell achieved an improved voltage generation of 2.1142 volts, while the carrier lifetime of the cells increased by around 9 microseconds using the mechanics of dimensional engineering.

The NREL researchers pre-conditioned their PSCs by continuous illumination under 1 Sun (AM 1.5G, 100 mW/cm2) for 10 seconds. Electron movements are triggered in solar cells when exposed to sunlight, and a long carrier lifetime associated with this movement enhances cell efficiency.

The combination of the two additives reduced the defect density associated with tin oxidation to an unprecedented level for tin-lead perovskites. 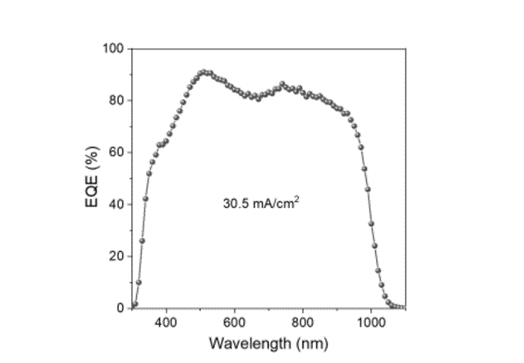 As a result, the integrated Jsc curve from EQE matched the Jsc determined from the J-V measurement, channeling the performance with stable solar cell efficiency.

NREL’s senior scientist and research author, Kai Zhu, said, “Our experiment represents an accelerated aging test in the lab. At this tandem efficiency level, the best-reported stability in literature is normally several hundred hours.” However, the new perovskite cell retained 80% of its maximum efficiency after the continued operation of 1,500 hours under the sun or more than 62 days.

In a recent experiment, materials scientists penetrated the mixed cation of GuaBr (guanidinium bromide) and OABr (n-octylammonium bromide) into the perovskite bulk. They passivated the interface between perovskite absorber and charge transport layers. The dual-cation passivation layer yielded increased efficiency of 23.13%, which was earlier 21.37% with a single spacer cation.

Another group of scientists from the University of Rome Tor Vergata reduced the cell-to-module losses in perovskite solar modules and fabricated a 20*20 cm mini panel using the laser ablation method to nullify electrical losses by limiting the current flow in PSCs. The scientists achieved a PCE of 11.9%.