Asia was the largest contributor adding 154.7 GW to the global renewable capacity 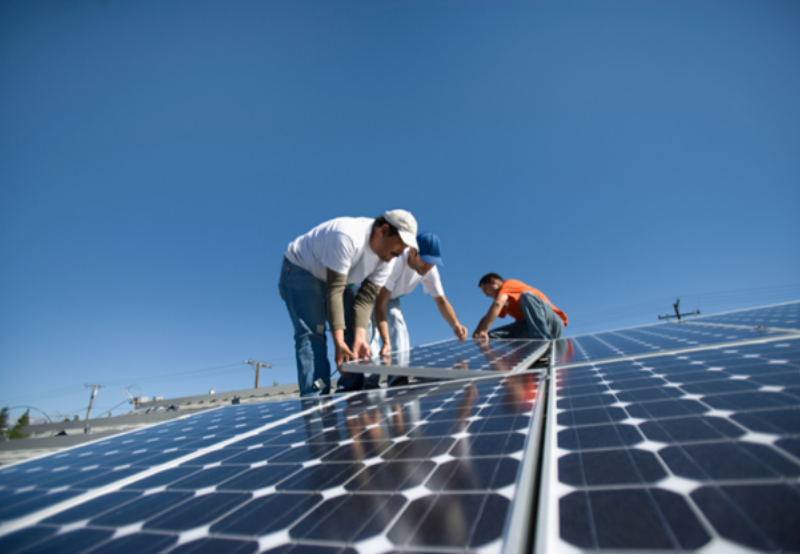 Hydropower contributed the largest share of 1,230 GW installations. Solar capacity expansions surged by 19% during the year globally to record 133 GW of installations. 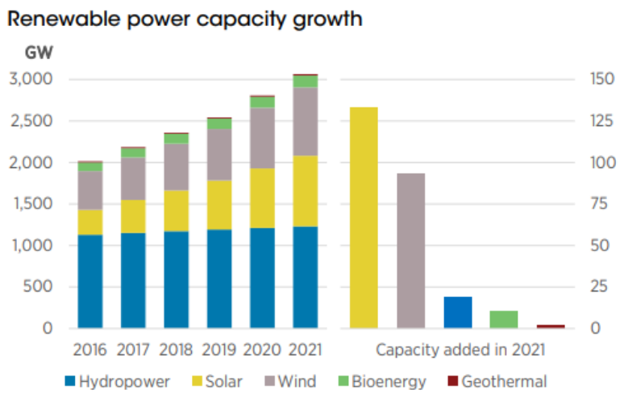 Global wind capacity expansion rose 13%, with 93 GW of installations in 2021. Overall, solar and wind energy contributed 88% of all renewable capacity added in 2021.

Asia was the largest contributor to the new capacity added with 154.7 GW to reach 1.46 TW in 2021— which is 48% of the global new capacity. China added 121 GW of new installations to Asia’s total capacity, despite the Covid-19 pandemic.

Europe and North America added 39 GW and 38 GW new installations respectively with a notably large expansion in the United States with 32 GW.

Even as major economies of the world achieved significant numbers, the IRENA report highlights that the renewable sector must grow faster than the energy demand.

IRENA’s Director-General Fransesco La Camera observed, “This continued progress is another testament to renewable energy’s resilience. Its strong performance last year represents more opportunities for countries to reap renewables’ multiple socio-economic benefits. However, despite the encouraging global trend, our new World Energy Transitions Outlook shows that the energy transition is far from being fast or widespread enough to avert the dire consequences of climate change.”

IRENA earlier this year launched a strategic partnership agreement program for countries to share their ideas to achieve a carbon-neutral world. Many countries have also taken initiatives to maintain energy supply using green hydrogen. According to the global renewable energy body, hydrogen will account for at least 12% of the total energy supply if the world aims to achieve the 1.5°C temperature by 2050 as specified in the Paris Accord.

India entered into a strategic partnership agreement with the IRENA in January this year. Camera stressed that India is a renewable energy powerhouse whose energy transition actions speak louder than its words. India’s cumulative renewables capacity has reached 53 GW in the past five years, while the country added 13 GW in 2021.

To support the decarbonization of its industrial economy, India is also working to establish a green hydrogen-driven energy supply chain. Under the partnership, India and the IRENA will study the role of green hydrogen as the enabler of the transition in India and as a new source of national energy exports.

According to the International Energy Agency, renewable energy is expected to account for 90% of the global power capacity increase in 2021 and 2022.