The funding will be utilized to start the commercial production of its disruptive panel-level, PV-coupled energy storage technology 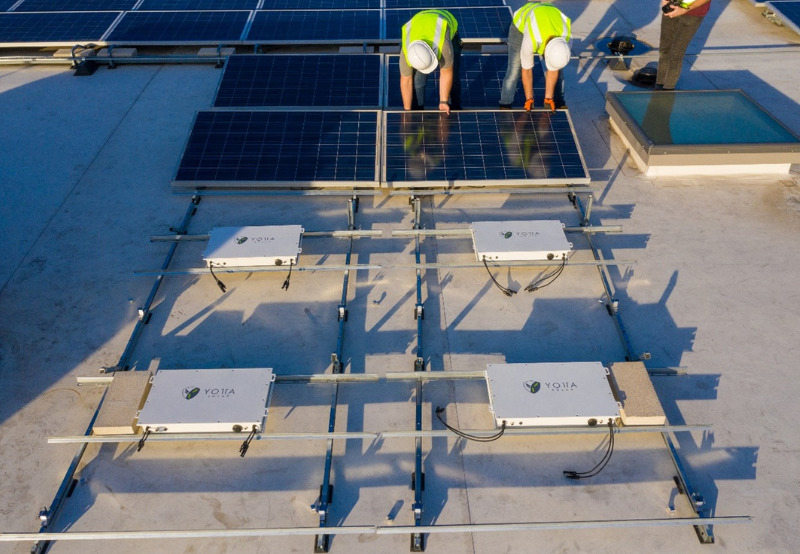 According to its press statement, the funding will be utilized to finalize UL certification and start commercial production of its disruptive panel-level, photovoltaic (PV)-coupled energy storage technology.

The company said that its thermal management system for batteries allows a decentralized format for solar-plus-storage that can be ideal for commercial and industrial application of rooftop solar. It added that its panel-level energy storage solution could fit under any solar modules and combine with the solar racking array.

According to Mercom Research, in Q3 2019, Yotta Energy raised $1.5 million in seed funding for the continued development and commercialization of its technology, called the SolarLEAF.

“Yotta’s unique solution streamlines the installation of storage coupled with rooftop photovoltaic units, allowing for important cost savings. We believe this is decisive to allow the scale-up of distributed storage in the commercial and industrial (C&I) segment,” said Luis Manuel, Executive Director of EDP Ventures.

The global venture capital funding for battery storage companies in the third quarter of 2020 was up 78%, with $661 million in seven deals compared to $372 million in eight deals in the second quarter of 2020, according to Mercom’s 9M and Q3 2020 Funding and M&A Report for Battery Storage, Smart Grid, and Efficiency report.

The long-term success of the solar industry depends on the cost-effective integration of storage, according to the Solar Energy Industries Association (SEIA). Many states of the United States, such as Virginia, California, and Massachusetts, have regulated energy storage targets and require innovations like Yotta Energy’s solar-plus-storage technology to achieve those targets.