The connectivity to one of the generator’s wind turbines of 2 MW was discontinued on June 11, 2020

The Appellate Tribunal of Electricity (APTEL) has allowed Orange Maha Wind Energy Private Limited to withdraw its appeal regarding a 2 MW wind project. The Tribunal has asked the developer to present the points before the state Commission for review within two weeks.

Orange had filed an application with the APTEL challenging Maharashtra State Load Dispatch Center’s (MSLDC) decision directing the state’s distribution company (MSEDCL) to disconnect the injection of power by Orange Maha Wind Energy. The connectivity to one of the wind turbines of capacity 2 MW was discontinued on June 11, 2020.

The generator had set up 17 wind turbines, each with a capacity of 2 MW, in the Sangli district of Maharashtra.

The energy power agreements (EPA) for 16 of the 17 wind turbines were signed, and 11 of them were commissioned on October 31, 2015. Five of the remaining six turbines were commissioned in March 2017, and the EPAs were executed in August 2017. However, EPA for the last wind turbine was not covered by any EPA. The main reason for not signing the EPA for the one remaining turbine was that the Maharashtra Energy Development Agency (MEDA) had not issued a registration as was mandatory under the Maharashtra Government Renewable Policy 2015.

Also, at the time of allowing the commission of the project, MSEDCL had clarified that this permission would not give any guarantee for the purchase of power from the wind turbine.

Orange Maha Wind Energy, in its submission, stated that MEDA had unreasonably delayed its application for registration, which was later moved in September 2015.

The MERC heard the matter on May 26, 2020, and MEDA submitted its reply on June 30, 2020, justifying its inaction on the application for registration. The copy of the reply was not shared with Orange, which, the developer said, was a serious breach.

The developer said that because of the non-registration, it could not execute the EPA with MSEDCL, leading to wastage of its infrastructure and the energy produced.

The APTEL noted that it was surprising that the project which was set up in compliance with the renewable energy policy of the state government was being made to suffer because registration had been held up by MEDA for the last five years.

The APTEL said that the application, if moved before the state Commission, would receive appropriate attention and consideration by the Commission. The Tribunal also added that the Commission should consider the fact that it is high wind season, and the matter should be decided expeditiously.

Earlier, Mercom had reported that MERC had asked MSEDCL to procure wind energy from projects whose EPAs had expired, to fulfill its non-solar renewable purchase obligation. In the petition, MSEDCL had asked the Commission to allow it to procure power from the wind generators of groups II, III, and IV, whose EPAs with MSEDCL has expired at the tariff of ₹2.52 (~ $0.036)/kWh for the balance of their useful life. 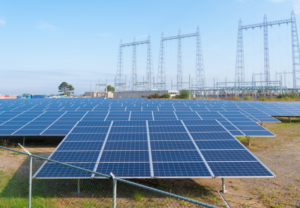