The state regulator approved the tariff of ₹2.69/kWh and a trading margin of ₹0.07/kWh 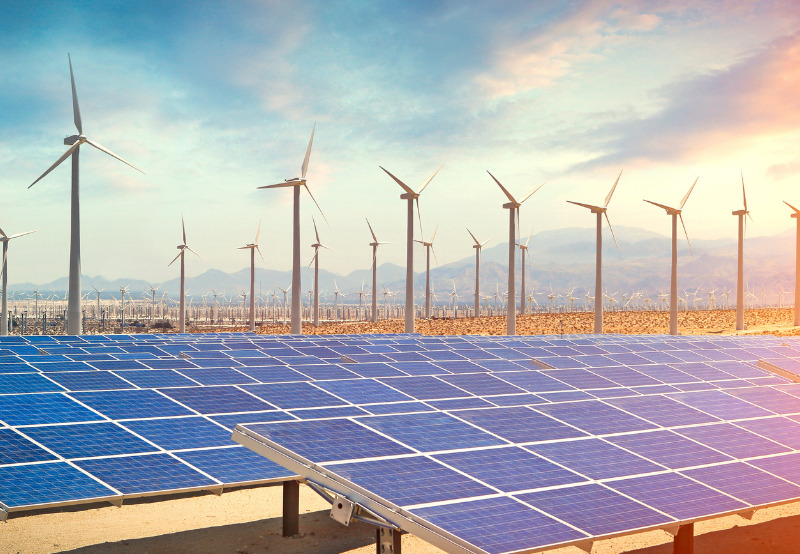 The West Bengal Electricity Regulatory Commission (WBERC) approved the power sale agreement (PSA) executed between India Power Corporation Limited (IPCL) and the Solar Energy Corporation of India (SECI) for the purchase of 100 MW solar-wind hybrid power. The PSA was approved for a tariff of ₹2.69 (~$0.036)/kWh with a trading margin of ₹0.07 (~$0.0009)/kWh. The Commission also directed IPCL to comply with the applicable laws regarding scheduling. It asked IPCL to ensure that any deviation should be within the acceptable limits under the deviation settlement mechanism (DSM).

IPCL filed a petition for the PSA’s approval signed between IPCL and SECI for 25 years at a tariff determined through the reverse auction conducted by SECI.

SECI invited bids for the setting up of 1,200 MW of interstate transmission system (ISTS) connected wind-solar hybrid power projects (Tranche II) in February 2019. SECI initiated a competitive bidding process for 600 MW of power procurement, and Adani Renewable Energy Park (Gujarat) emerged as the successful bidder. SECI agreed to sell 100 MW of hybrid power to IPCL from the pool of 600 MW hybrid power to be procured from the developer under a long-term contract for 25 years from the date of commercial operation. The PSA was signed on January 15, 2020.

The sale of electricity should be at a point at 220 kV or above where the power from the hybrid power project will be injected into the ISTS. For interconnection with the grid and metering, the developers should abide by the relevant CERC regulations and the central electricity authority regulations. The developer will bear all the charges and losses related to the transmission of power, and beyond the delivery point, all charges and losses will be borne by IPCL.

Keeping the above points in view, IPCL had asked the Commission to approve the PSA.

IPCL is one of the leading power utilities in India started in 1919. It is an integrated power utility, headquartered in Kolkata, West Bengal with a pan-India presence.

In its submission, IPCL said that the proposal for solar and wind hybrid generation offers a higher capacity utilization factor (CUF). IPCL added that it would ensure proper scheduling so that any deviation under the DSM remains within the acceptable limit and the applicable regulations’ provisions. The company also noted that the proportion of solar and wind capacity in 100 MW hybrid power quantum would be 75% solar and 25% wind in terms of project capacity.

The Commission, in its observation, said that based on the load generation balance report, SECI would not only help IPCL to meet its balance requirement from 2021-22 onwards but also there will be a surplus during the initial two years (surplus of 31 MW in 2021-22 and 17 MW in 2022-23).

The state regulator noted that the power purchase would be beneficial for IPCL to meet its demand, as well its solar renewable purchase obligation (RPO) and non-solar RPO for the ensuing years.

The Commission stated that the tariff of ₹2.69 (~$0.036)/kWh was discovered following the competitive bidding guidelines issued by the government of India, and it was beneficial for the end consumer. It also said that IPCL and SECI had agreed for a trading margin of ₹0.07 (~$0.0009)/kWh over and above the price discovered in the bidding process. The regulator noted that the trading margin, as agreed by both parties, was within the limits of the trading margin allowed by CERC for short-term contracts.

In October last year, the Ministry of New and Renewable Energy (MNRE) issued tariff-based competitive bidding guidelines for power procurement from grid-connected solar-wind hybrid projects. The guidelines stated that SECI would be the nodal agency for implementing these guidelines.