The deadline for the submission of bids is February 26, 2020

The projects will be developed at Chuasole and Kasturia Mouza in the Jhargram district of West Bengal.

The scope of work includes the design, engineering, procurement, supply of equipment, testing, inspection, packing, and safe storage at the site. It also includes associated civil works, including the site development, installation, testing, and commissioning with a warrantee obligation of 10 MW (AC) with a minimum of 12 MW DC capacity.

The last date for the submission of bids is February 26, 2020, and a pre-bid meeting will take place on February 07, 2020. The time frame for the completion of work has been set as 270 days.

The joint venture firms or consortiums interested in taking part in the bidding process should not have more than three members with one partner as the lead partner. The bidder should have a minimum annual turnover at 30% of the estimated cost of the package during the last three consecutive financial years. The bidder should have liquid assets or availability of fund-based credit facilities of at least 10% of the estimated cost of the project, and the banker should confirm that the credit facility is earmarked for the work specified under the bid. The net worth of the bidder for each of the last three financial years should be positive.

The bidders will have to ensure a net minimum guaranteed generation at 1.7 million units/MW for the first year after the commissioning and at a reducing rate of 0.8% per year for the subsequent years of project life.

In December last year, the state invited an Expression of Interest for consultancy services for 200 MW of solar projects in the state to be selected through local competitive bidding. The supervisory work for the consultant is for 200 MW (125 MW in the first phase and 75 MW in the second) of solar power projects to be developed in the Medinipur district of West Bengal.

Previously, the West Bengal Electricity Regulatory Commission (WBERC) had approved the development of 20 MW of solar projects in the Birbhum district of the state. The commission further directed the distribution company to pursue future projects before obtaining prior approval of the commission.

According to Mercom’s India Solar Tracker, the state has an installed solar capacity of 94 MW as of December 2019, while 64 MW of solar projects are currently under development. 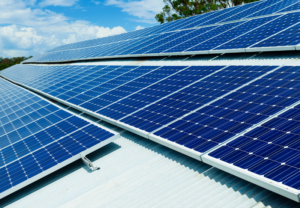