As the share of renewable energy in the generation mix is increasing in the Indian states, an increasing number of state regulatory commissions are now either coming up with new open access regulations or amending the old ones.

In January 2019, the Central Electricity Regulatory Commission finalized the amended regulations for open access in interstate transmission, which were initially passed in 2008. Following this, Andhra Pradesh and Maharashtra also issued amendments to open access regulations.

Now, the Uttar Pradesh Electricity Regulatory Commission (UPERC) has issued draft open access regulations, 2019 which is up for comments and suggestions up to July 08, 2019.

These regulations will apply to consumers for open access connected to the intra-state transmission system and the DISCOMs in the state.

In the draft, the commission has classified open access consumers into three categories:

Medium-term open access customers: utilizing intra-state open access for a period of more than three months and up to five years

Open access will be awarded to consumers having a capacity above 1 MW connected to 11 kV and higher. In case of an open access consumer, the power availed through open access will be over and above the contracted capacity with the DISCOM and will be subject to the ceiling of drawl applicable for the voltage level to which the consumer is connected.

Long-term open access customers will have the highest priority, followed by medium-term and lastly, short-term customers. For short term open access, the applications of DISCOMs will be the priority for processing.

In the case of curtailment of capacity by SLDC, the transmission and wheeling charges will remain unaffected.

A consumer using open access and receiving electricity from a person other than the DISCOM of his area will have to pay the DISCOM an additional surcharge on top of the wheeling charges and cross subsidy surcharge to meet the fixed cost of the DISCOM.

For non-availability of power supply due to any reason including an outage of the generator, non-clearance of bid on power exchange, it will be the duty of the DISCOM to provide power to such consumers. Open access consumers will also have the option to arrange standby power from any other source.

If an open access customer is unable to draw the scheduled energy due to unscheduled cut, the power injected will be treated as the banked power, and the open access customer will be allowed to draw it within 15 days with advance notice of 48 hours to the DISCOM. No banking charges will be applicable for this power. 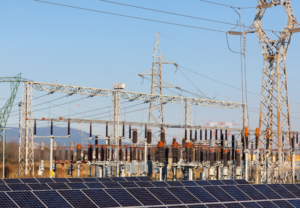