The U.S. added 17.6 GW of new utility-scale solar capacity that is online in one year 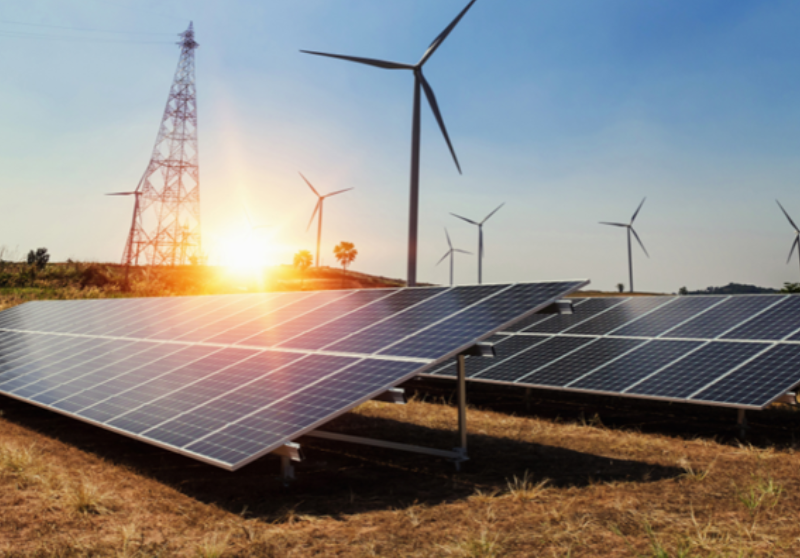 Around 24% of the utility-scale electricity generation came from renewable resources in the United States during the first half (1H) of 2022, a growth of 21% from the same period last year, according to data released by the Energy Information Administration’s (EIA) Electric Power Monthly report.

Solar and wind capacity additions to the grid accounted for the rapid growth in power generation from renewable energy sources.

The maximum power generation in the U.S. was from hydropower. As per the EIA report, hydropower and wind generation combined made up for most of the renewable generation in America during the first half of every year, which has more windy days while the winter snowpack is melting.

The country had 137.6 GW of wind capacity in June 2022, of which 14.3 GW was installed over twelve months. Based on planned capacity additions reported to EIA by power plant owners and developers, the country will likely get another 7 GW of wind and 13 GW of solar capacity online by the end of the current year.

According to another report released by the EIA earlier this year, electricity generated from renewables totaled 795 million MWh in 2021, surpassing the 778 million MWh of power produced from nuclear reactors. Wind generation surged by 12%, while utility-scale solar generation increased by 28% in 2021.

Solar could account for as much as 40% of the nation’s electricity supply by 2035 and 45% by 2050 with aggressive cost reductions, supportive policies, and large-scale electrification, a report by the Solar Energy Technologies Office and National Renewable Energy Laboratory.