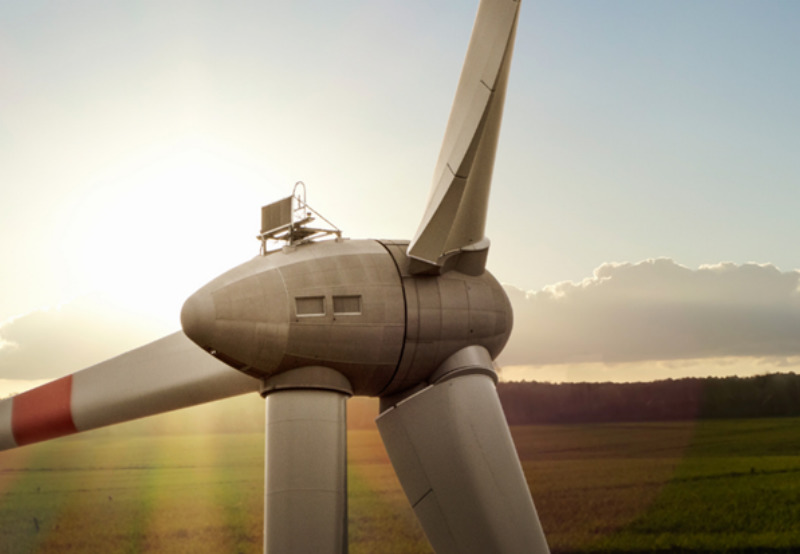 The United States installed a record 16.8 GW of wind capacity last year. Wind accounted for 42% of all new capacity in 2020, representing an investment of $24.6 billion. The levelized costs for newly built projects were found to be just over $33/MWh, according to a report released by the U.S. Department of Energy.

The report was published by Lawrence Berkeley National Laboratory. 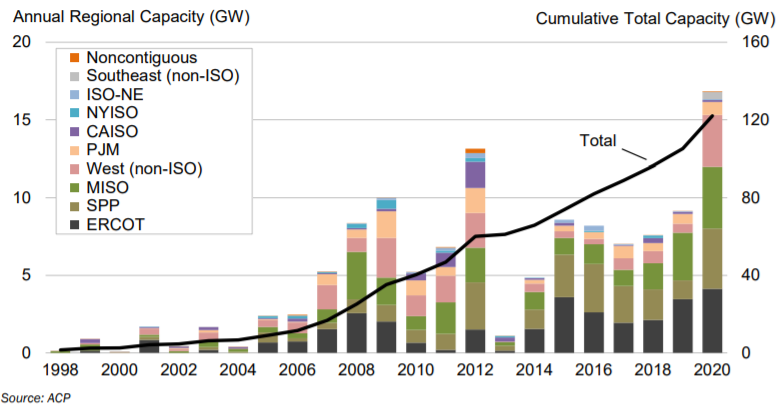 The national average price of wind power purchase agreements (PPA) has dropped from a high of $70/MWh in 2009 to $20/MWh in the central region of the country and an average of $30/MWh in the east and west. Low PPA prices have been facilitated by the combination of higher capacity factors, declining installation and operation costs, and low-interest rates. The production tax credit has also been a key enabler.

Texas installed the most capacity in 2020 with 4,137 MW, while 16 states exceeded 10% wind energy penetration as a fraction of total in-state generation.

Iowa, Oklahoma, Wyoming, Illinois, and Missouri all added more than 1 GW of new wind in 2020.

The average wind turbine prices were found to be $775/kW to $850/kW. The average installed cost of wind projects in 2020 was $1,460/kW, down more than 40% since the peak in 2010. These price reductions, coupled with improved turbine technology, have exerted downward pressure on project costs and enabled reductions in wind power prices and the levelized cost of wind energy.

In 2020, GE held 53% of the U.S. market for turbine installations, followed by Vestas at 34% and SiemensGamesa Renewable Energy at 9%. Vestas was also the world’s largest supplier of wind turbines in 2020 across the onshore and offshore wind, according to the preliminary rankings released by the Global Wind Energy Council Market Intelligence.

Independent power producers owned 73% of the new wind capacity installed in 2020, with the remaining 27% owned by investor-owned utilities.

According to a report from Wood Mackenzie, a total of 114 GW of new wind capacity was added globally in 2020, representing an 82% increase year-over-year. This is the highest global annual installation total on record.