The renewable arm of Tata Power, Tata Power Renewable Energy Ltd. (TPREL), has signed a power purchase agreement (PPA) with Gujarat Urja Vikas Nigam Ltd. (GUVNL) for a 250 MW grid-connected solar project to be set up at the Dholera Solar Park in Gujarat.

The Dholera solar park is estimated to cover an area of more than 27,000 acres upon completion.

GUVNL had floated a tender on January 16, 2019, for the purchase of power from 1,000 MW of grid-connected solar PV power projects to be set at Dholera Solar Park. Even after four bid extensions, the tender ended up being undersubscribed by 700 MW.

TPREL was awarded the Letter of Award (LoA) for the development of the 250 MW project.

As per the agreement, TPREL would be responsible for obtaining all statutory approvals, clearances, and permits for the project, and it should also obtain financial closure within nine months from the date of execution of the project. TPREL is expected to construct, operate, and maintain the project during the term of the PPA at its own cost and risk, including the required interconnection facilities and in close coordination with Gujarat Energy Transmission Commission (GETCO).

The document further states that TPREL will be selling all the generated capacity from the solar PV grid-interactive power project to GUVNL on a priority basis. TPREL needs to maintain production to achieve annual capacity utilization factor (CUF) within +10% and -15% of the contracted CUF until the end of 10 years from the commercial operation date (COD). And if the project supplies energy less than the energy corresponding to the minimum CUF, TPREL will have to compensate GUVNL for the shortage in availability.

On the other hand, if the production is more than the minimum CUF specified, the power producer will be free to sell the excess energy to any entity provided that the first right of refusal will rest with GUVNL.

In the case of excess generation, GUVNL will reserve the right to purchase excess generation at 75% of the excess tariff. According to the agreement, GUVNL should pay a tariff of ₹2.75 ($0.04)/kWh and as discovered in the competitive e-bidding and as agreed by the parties upon the commissioning of the project.

Meanwhile, the company has also announced that it has received s Letter of Award from GUVNL to develop a 50 MW solar project in Dholera Solar Park. This LoA is in addition to the 250 MW Solar Project being set up by the Company at Dholera Solar Park. The company won this capacity in June 2019. The project has to be commissioned within 15 months from the date of execution of the PPA.

Recently, Mercom reported that the GERC approved a tariff of ₹2.65 (~$0.038)/kWh for a 100 MW solar project under phase VI of the state’s Raghanesda Solar Park. Gujarat State Electricity Corporation Limited quoted the tariff under the competitive bidding process conducted by GUVNL. 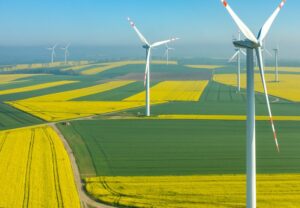