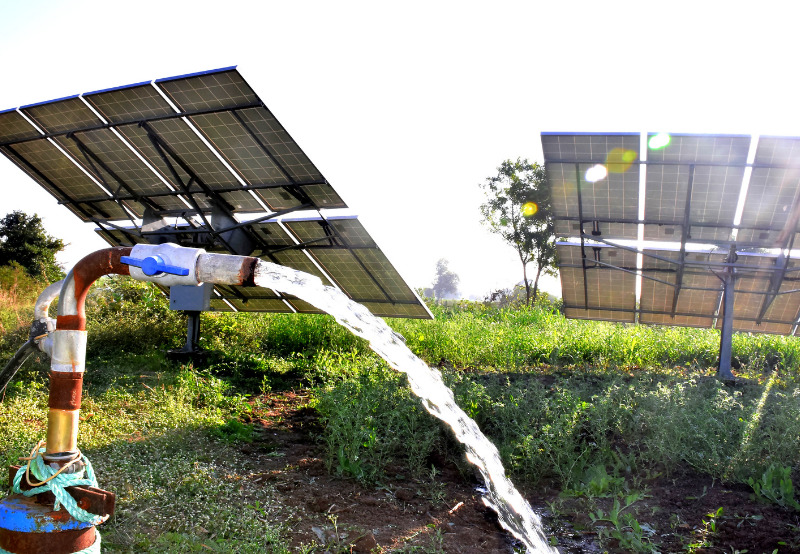 It also approved an incentive of ₹1 (~$0.013)/kWh payable to farmers for the net energy exported.

The Commission directed the Tamil Nadu government to make advance payments for the solar energy and incentive charges claimed by the Tamil Nadu Generation and Distribution Corporation (TANGEDCO).

Under Component C of the KUSUM program, the government has revised the target to solarize 1.5 million grid-connected agricultural pumps from 1 million earlier.

The Commission ruled that the Tamil Nadu government should pay the subsidy for any energy drawn by farmers under the KUSUM program from TANGEDCO’s grid above the consumption from the solar power projects per the Orders of the Commission.

The Tamil Nadu Energy Development Agency (TEDA) and TANGEDCO filed a petition to approve a tariff of ₹2.93 (~$0.039)/kWh for the solar energy generated under the PM-KUSUM program. It had also requested the Commission to approve the incentive of ₹1 (~$0.013)/kWh for the net energy exported.

The Ministry of New and Renewable Energy approved the solarization of 20,000 grid-connected agricultural pumps by TEDA under Component-C of the KUSUM program.

Subsequently, TEDA proposed implementing the program through farmers who would fund the net capital cost of 40% after availing the 60% subsidy, i.e., 30% of the Central Financial Assistance (CFA) and 30% subsidy from the Tamil Nadu Government.

The nodal agency submitted that as the capacity of the solar systems was small and the geographical expanse was large, it would be difficult for the renewable energy service company (RESCO) operator to aggregate a large number of farmers and install the solar systems.

The Commission noted that for 40% of capital cost investment, the tariff of ₹2.28 (~$0.030)/kWh was more than viable. Therefore, Commission decided that the tariff already determined was adequate.

The Commission accepted TEDA’s proposal on the incentive and set the base rate from the first year of operation at ₹1 (~$0.013)/kWh.

The Commission said that the data relating to the generation, export, and import of energy obtained through online monitoring should be shared by TEDA with TANGEDCO every month.

TANGEDCO has to disburse the incentive to the farmers within 30 days from the end of each financial year.

In August this year, Tamil Nadu proposed installing 5,000 solar pumps for which 70% subsidy would be provided in the state’s first-ever ‘agriculture budget’ presented to the legislative assembly.