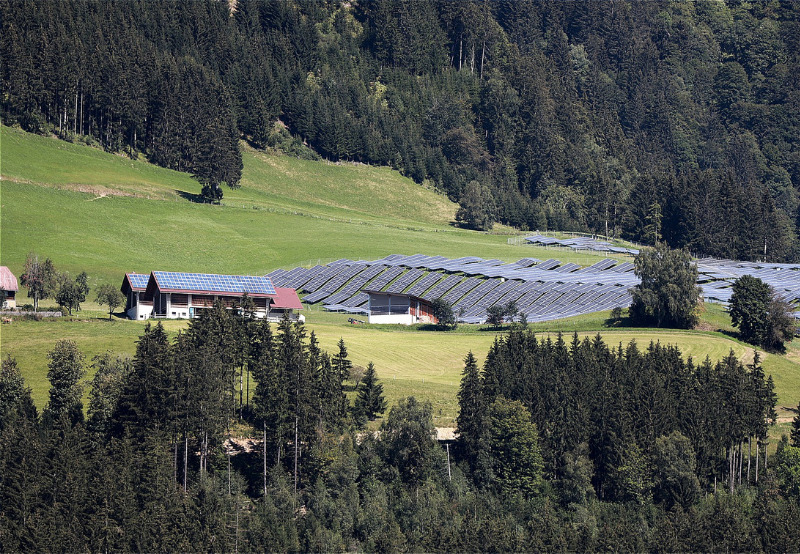 The Uttarakhand Electricity Regulatory Commission (UERC), in a recent ruling, dismissed the request of two solar developers for tariff based on the date of allotment of the projects.

The Commission rejected the petitioners’ claim for an additional 40% tariff hike saying that the claim for incremental tariff at such an advanced stage was not acceptable. The developers had noted that it was difficult to construct solar projects at the height of 1,900 meters and 1,600 meters from sea level.

Also, the Commission added that the tariff with zero subsidies as approved by the Commission earlier would be applicable for the energy supplied or to be supplied from the solar projects of the developers.

Two developers had filed a petition, asking for UPCL and the Uttarkhand Renewable Energy Development Agency (UREDA) to be directed to set the generic tariff as specified by the Commission in its earlier order dated July 23, 2015, for small solar projects. The developers had also requested a 40% additional tariff for solar energy projects to be installed in the hilly terrain of Uttarakhand.

Two developers had applied to install a 500 kW capacity solar project, which was rejected, stating that the applicant had applied involving a third party. After that, Kavender Singh Bisht had to apply for the solar project in his father’s name. Subsequently, UREDA issued the letter of award (LoA) on March 15, 2016, for a 500 kW grid-connected solar project. However, officials of UREDA gave a negative review, stating that enough land was not available to set up the project.

Later, another LoA was issued on September 24, 2016, and on the same day, the power purchase agreement was executed with UPCL for the supply of power from the projects.

After that, the solar project of one developer was commissioned on March 20, 2018, on the payment of the supervision charges, whereas UPCL constructed a high-tension (HT) line for the solar project belonging to the second petitioner within seven months.

Further, the developer, in his submission, added that he had presented two meters to UPCL for testing on January 20, 2017. UPCL found the meters unfit and returned the same after 13 months.

Both the developers raised concerns over the entire procedure, calling the selection process of the developers and commissioning the projects under the program ‘dubious’. The developers alleged that UREDA and UPCL indulged in malpractice to avail the tariff and subsidy from MNRE for the financial year 2015-16. Further, they noted that solar projects of nine out of ten selected developers in plain terrain were constructed by the same engineering, procurement, and construction (EPC) contractor.

UREDA submitted that although it was not the responsibility of UREDA to assist with the arrangement of funds from banks, UREDA provided all the information regarding allottees to various banks for approving loans to the solar developers.

The petitioners further submitted that payment was made to the EPC contractor from their resources towards land development and procurement of solar equipment. The petitioners also submitted that due to limited internal resources, they had approached many banks. However, banks expressed their inability to provide funds due to a lack of knowledge regarding the MNRE program.

Referring to the MNRE guidelines concerning the timeline for completing the project, UREDA submitted that as per MNRE, 15 months were allowed for installation of the project. It worked out to be June 7, 2017, for the projects allotted under the program.

UPCL argued that the solar project of the first developer was commissioned only on March 20, 2018, when the meters were finally required. Therefore, the delay, if any, in the testing of meters had no implication and did not contribute to the delay in the commissioning of the project.

The Commission observed that if the tariff was allowed based on the allotment date, the developers probably would not take much pain to complete the project in a time-bound manner since there will not be an incentive for completing the project early. Therefore, the request to allow tariffs based on the date of allotment of the project was not tenable.

The Commission noted that renewable energy regulations did not provide any provision for determining generic or project-specific tariffs based on geographical conditions. Accordingly, the request for approving different tariffs for hilly terrain was not per the Renewable Energy Regulations, 2018, and hence, was not acceptable.

Further, on the request for an additional 40% tariff hike, the Commission stated that the renewable energy regulations did not provide any kind of incremental tariff for solar projects developed in hilly terrain, and claiming incremental tariff at such an advanced stage was not acceptable.

Also, the state regulator added that UPCL had not submitted any justification for taking so much time to check the technical suitability of the meters. The said delays could have resulted in the late completion of the project. However, the developer had not submitted any records relating to the project’s readiness in the claimed period of delays on account of UPCL.

In reply, the developer had submitted the invoices amounting to ₹1.52 million (~$20,752) for inverter and related equipment only. The Commission observed that from the documents provided by the parties, it could be easily inferred that the project was in no way ready to be commissioned by March 31, 2017, even though UPCL delayed testing the meters and finalizing the supervision charges.

The Commission said that a tariff with zero subsidies as approved by the Commission would be applicable for the energy supplied or to be supplied from the solar project in the future. Further, if the competent authorities release any subsidy, the rates, based on the appropriate subsidy, will then be applied.

In October last year, UERC had extended the validity of benchmark capital cost and levelized generic tariffs for solar projects to March 31, 2021.