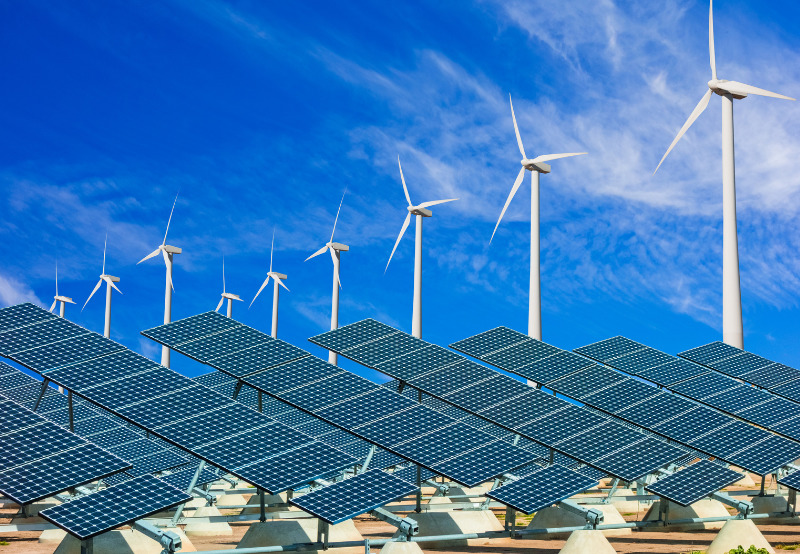 The Commission said that it was unreasonable on the part of the federation to ask for such benefits when the Commission had already allowed the generators to pay 20% minimum demand charges during the pandemic period.

NSEFI had filed a petition concerning the rollover of banked energy from open access renewable projects under captive and third-party sale category for the financial years (FY) 2019-20, 2020-21, 2021-22.

The federation’s members own solar power projects in the state of Tamil Nadu under the captive and third-party sale plan. Because of the lockdown, the renewable generators under the intrastate open access system could not sell the generated solar power to consumers.

The excess energy fed into the grid is treated as ‘lapsed’ in the renewable energy certificate (REC) program. The banking and rollover of balance energy is not permitted as per prevailing energy accounting and billing procedures for solar power projects implemented in Tamil Nadu.

Due to their very nature, the federation said that solar projects are ‘must-run’ projects and have to be operated continuously since they generate power through a renewable source and cannot be shut down. Further, no backdown instructions on the grounds of any grid issues were issued by the state load despatch center (SLDC).

NSEFI, in its submission, noted that there is no payment settlement mechanism for ‘lapsed’ energy in the case of the REC program. In the event of ‘deemed injection’ of power to the grid under the non-REC scheme, 75% of the respective solar tariff fixed by the Commission has been paid by the Tamil Nadu Generation and Distribution Company (TANGEDCO). As a result of this, the members of the federation are facing financial difficulties.

The federation stated that MNRE is well aware of the generators’ widespread difficulties and had clarified that the ‘must-run’ status of renewable projects remained unchanged during the COVID-19 lockdown period.

The memorandum issued by the MNRE recommended various departments, including TANGEDCO, to consider permitting rollover of banked energy. Despite the issuance of the memorandum, no steps were taken by TANGEDCO to implement the recommendations.

The state DISCOM said that the impact of COVID-19 for rollover of banked energy for the year 2019-20 was only for six days, which is negligible, and so NSEFI’s plea to roll over the banking facility for the FY 2019-20 holds no ground. Further, the unutilized energy is to be paid at 75% of the applicable tariff regarding non-REC open access consumers, and hence no loss as claimed by the petitioner exists.

The DISCOM noted that the memorandum of MNRE is advisory. It says only to consider the representation and addressed to only three states.

“The DISCOM has questioned the maintainability of the petition for the simple reason that both TANGEDCO and the petitioner face similar effects of revenue loss due to the pandemic. Heeding to the petitioner’s claims would mean hampering their financial condition at the general public’s cost. The public at large cannot be burdened,” added the Commission.

The regulatory body further noted that for the FY 2019-20, since the lockdown was from March 24, 2020, the generated energy that remained unutilized in the bank is for only seven days. This period fell in the lean windy season where generation is meager.

The Commission added that the DISCOM’s revenues have also been affected by the pandemic. There will be no carry forward of banked energy in the case of wind and solar generators.

The excess generation or unutilized energy may be encashed at 75% of the applicable tariff at the end of the financial year as per the provisions of the respective tariff orders applicable.

A few months ago, the government of Karnataka had requested the state commission to remove the banking facilities given to renewable energy generators.

Meanwhile, Jharkhand recently allowed the banking of energy up to 20% of the total renewable power generated every month.