Choosing an inverter for a large-scale solar project in India has historically been an easy one. However, with the entrance of string inverters, the decision for EPC players and developers are no longer as simple as they used to be.

In India, there are over 30 inverter suppliers meeting the demands of the rapidly-growing solar market. In 2017, the top ten solar inverter suppliers accounted for over 85 percent of all systems according to the Mercom India Solar Share Tracker.

As string inverters are connected to a series of solar panels and not the entire system of panels, any failure or shading does not affect the performance of the entire system. It also provides greater flexibility in making design choices for the balance of system (BOS).

In a conversation with Mercom, Abilash Nair, a senior executive at ABB India, a global solar inverter supplier, reiterated that string inverters are more efficient than central inverters since the capacity of string inverters in the market has also increased in the past couple of years, and introduction of new models have made it more attractive for the project developers.

“String inverters are mostly used in rooftop solar systems and not as much in utility scale projects, but if the big developers start using string inverters, like Adani is, the numbers will increase,” said Shobit Rai, the director of ProZeal Infra.

“String inverter takes less time to start as it can start at lower voltage in comparison to central inverters and with multi Maximum Power Point Tracking (MPPT), it improves energy harvest and cost savings. But the major obstacle for greater adoption of string inverters is the cost. The price difference between a central inverter and string inverter is around ₹1.5 (~$0.0223)/kW. This will be even more when purchased in smaller batches,” Rai added.

India has set an ambitious target of installing 100 GW of solar energy. Out of 100 GW, rooftop solar has a target of 40 GW. According to Mercom India Solar Project Tracker, the country has only installed 1.9 GW of rooftop solar so far. There is huge untapped potential for the growth of string inverters as they are more suited to rooftop solar systems than large scale utility projects.

Deepak Chauhan, an executive at TBEA, another inverter supplier, believes that market is shifting towards string inverters and more clarity on the subject will only come with the commissioning of projects later in 2019. “All the ground mounted projects are using central inverters as it reduces the balance of system (BOS) costs and likely will continue to do so in the future. However, this may change as land will become a constraint in the future, and projects will have to move from flat lands to hilly areas, making adoption of string inverters advantageous. Replacing an old part after warranty is also easy on string inverters. It also has an advantage over central inverter in terms of maximum overloading, as repowering a part of plant is possible and easy”.

Advantages of using a string inverter are plenty but not everyone in the market feels as sanguine about the growth of string inverters for utility scale projects.

Talking to Mercom, an executive at a leading inverter supplier in the country asserted that he sees no visible shift in preference for string inverter over central inverter. “There is only projected growth for string inverters in India, or in North America, but in terms of implementation, only China has witnessed any substantial increase in the installation of string inverters. The reason for use of string inverters by Chinese developers is necessitated by topography. Most project development in China has taken place in hilly areas and string inverters are useful in reducing shade losses. Indian projects are developed on flat lands and do not have such issues. Power generation depends on the module and inverters can reduce losses. But if there are no losses due to shading, it does not affect the generation and hence it doesn’t make much sense to install more expensive string inverters,” the executive added.

Installation of string inverters is not easy in large-scale projects because of the number of components that are used. It will also entail more activity on the site, escalating the overall cost of EPCs. Maintenance is also higher in string inverters as it has more components. Multi MPPT will require more sophisticated software for analysis of the data generated.

It should also be noted that stakeholders have different priorities. Whereas an inverter supplier is interested in making greater profit, EPC contractor is looking to achieve the lowest possible price per watt. At the same time, developers are concerned with the overall life of the project and return on their investment.

Are string inverters going to completely replace central inverters? The short answer to this question is – no. But in the near future, string inverters will certainly see much greater market share with advances in technology and reduction in price. 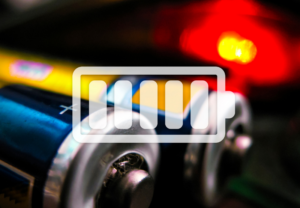