The Kingdom of Eswatini in southern Africa has issued a request for qualification (RfQ) for 40 MW of ground-mounted solar projects.

The tender has been floated by the Eswatini Energy Regulatory Authority (ESERA), which will procure the power produced from the projects.

The capacity identified for development under the short-term generation expansion plan (SGEP) will be under the first tranche procurement program, and another 40 MW biomass will be procured in the second tranche.

This procurement process is supported by the African Legal Support Facility (ALSF), a public international organization dedicated to providing legal advice and technical assistance to African countries for complex commercial transactions, according to the RfQ document.

The capacity for each project should range between 5-15 MW, and each project should utilize proven ground-mounted solar PV technology. The tariff for the first tranche procurement program will be an energy-only tariff (E/kWh). At the RfP stage, the bidders will be required to state the tariff at which they propose to sell the electricity generated from each project.

The tariff will be applicable at commercial operation date (COD), which will be escalated annually at the consumer price index (CPI).  To assist the applicants in the site selection process, ESERA has prepared a land pack. For the proposed project sites, the applicants will be responsible for conducting the necessary site investigations to ensure suitability. They would be securing the rights to establish a facility on the proposed site, by entering into appropriate contractual arrangements with the relevant parties, obtaining all required site permits for the proposed site, including the environmental impact assessment (EIA) and the other environmental permits as required by the categories of land tenure in Eswatini.

Applicants have been informed about different processes to follow when securing rights to land in Eswatini, depending on whether the parcel of land is located on Swazi Nation Land (SNL), Crown Land (CL) or privately-owned land. Parcels of privately-owned land can be secured on a willing-buyer, willing-seller basis, while SNL and CL land parcels require engagements with the chiefs, local communities and ultimately the kingdom’s king, the RfQ document detailed.

Local participation has been identified for the projects in equity, debt, engineering procurement contract (EPC) and operation and maintenance (O&M).

The successful bidders will have to enter into contractual arrangements for each project, and an implementation agreement will be entered with the government. Project developers will be required to enter a 20-year PPA with the Eswatini Electric Company (EEC).

The PPA will also set out the developers’ obligations in terms of complying with dispatch instructions, and of providing energy and ancillary services to the EEC. The PPA will place obligations on the developer to provide appropriate operation and maintenance services, carrying out performance tests, providing information and obtaining and maintaining insurance cover for the grid connection agreement, which must be entered between the developer and EEC.

The RfQ has also detailed out the financial standing requirement of a successful developer. The lead developer must have shareholder funds in an amount equal to at least 5 million Emalangeni ($340,948)/MW (based on the maximum export capacity of the largest project proposed by the applicant), to fund its equity contribution. The developer should also have available working capital of at least 20 million Emalangeni ($1.36 million) available to fund its project development activities.

Also, the applicant must provide audited financial statements for the past three years, together with tax clearance certificates for each applicant member from their country of registration.

Currently, nearly 82% of South Africa’s electricity is generated from coal, and this project is expected to help reduce the harmful emissions and help the kingdom in attaining a sustainable and cheap form of power for its energy requirements.

A couple of months ago, the  World Bank approved a fund of $150 million and another $74.7 million contingent recovery grant from the Clean Technology Fund to help increase off-grid electricity access for people in West Africa and Sahel regions. The project is expected to benefit about 1.7 million people currently living without electricity connection or with unreliable supply, as well as businesses and public institutions who will use modern standalone solar systems to improve their living standards and economic activities.

Previously, the bank also committed $22.5 billion to Africa for climate adaptation and mitigation in the next five years. 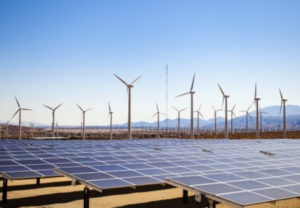 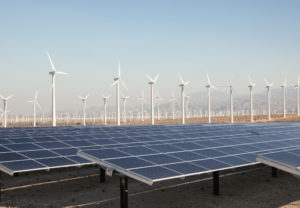 Sasol and Air Liquide Invite Bids to Procure 1,800 GWh of Solar and Wind Per Year 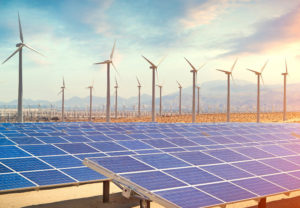 Tender Floated for 2.6 GW of Solar and Wind Projects in South Africa 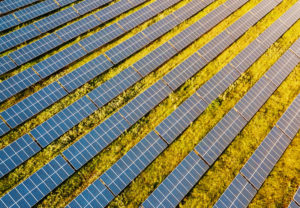