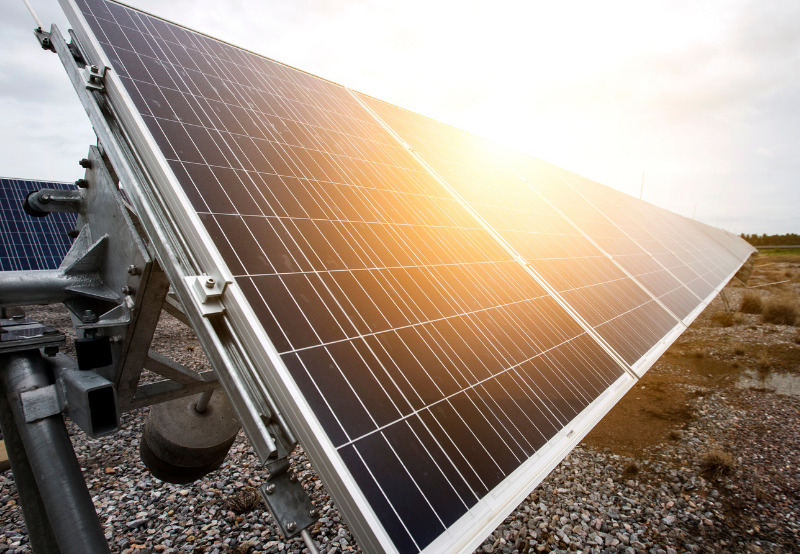 Solar is now the top renewable energy source in India, with 46.8 GW of installed capacity. Solar energy has overtaken large hydro, which had an installed capacity of 46.51 GW as of October 31, 2021, according to data from Mercom’s India Solar Project Tracker, Central Electricity Authority (CEA), and Ministry of New and Renewable Energy (MNRE). 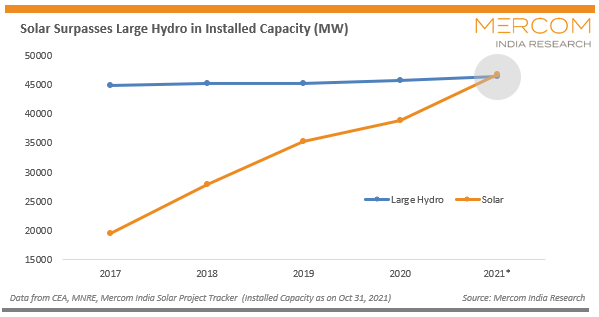 Coal continued to lead the way with 202.41 GW of installed capacity, or 51.9% of the total installed power capacity in the country. 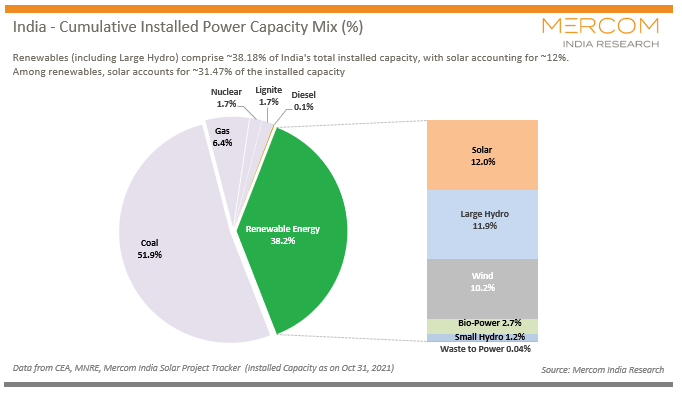 In early 2019, the Ministry of Power decided to include large hydro power projects over 25 MW under the category of renewable energy. At the time, cumulative hydropower installations stood at 45.4 GW and made up for 12.9% of India’s total installed power capacity. As of October 31, 2021, the cumulative capacity has risen to 46.5 GW accounting for 11.9% of the installed power capacity.

In February 2021, the Ministry notified that states have to now meet specific renewable purchase obligation (RPO) targets, including large hydropower projects commissioned after March 08, 2019, to help achieve the target of 30 GW of hydropower by 2029-30.

NHPC Limited, one of India’s largest hydropower generation companies, owns 15% of the installed hydropower projects (6,971 MW out of 46,512 MW). The company is also actively pursuing setting up solar power projects. The company expects to commission an 800 MW project in the financial year (FY) 2022-23 and 2,500 MW in FY 2023-24.

Solar capacity additions for the calendar year 2021 are expected to be about 8-9 GW and more than 13 GW in 2022, according to Mercom’s Solar Quarterly Market Update.