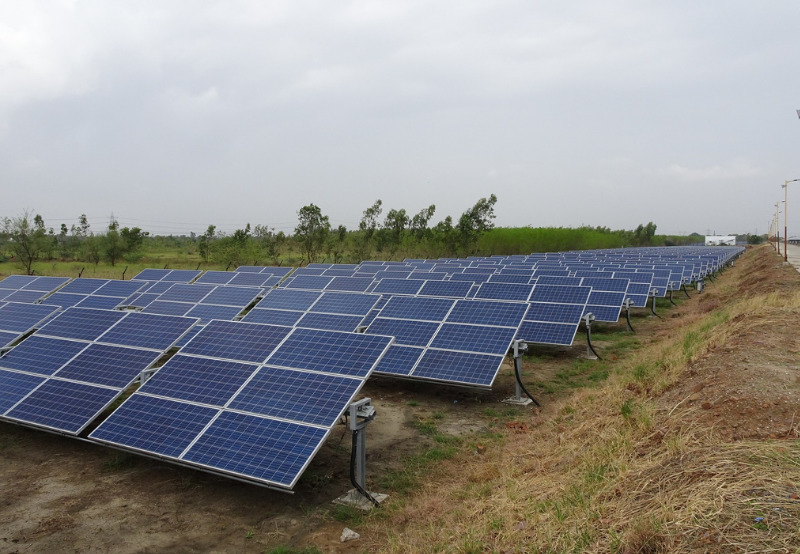 The global corporate funding into the solar sector – including venture capital (VC), private equity (PE), debt financing, and public market financing – increased 24% to $14.5 billion in 2020 from $11.7 billion in 2019.

The findings were revealed in Mercom Capital Group’s 2020 Q4 and Annual Solar Funding and M&A Report, which covered 375 companies and investors from around the world. 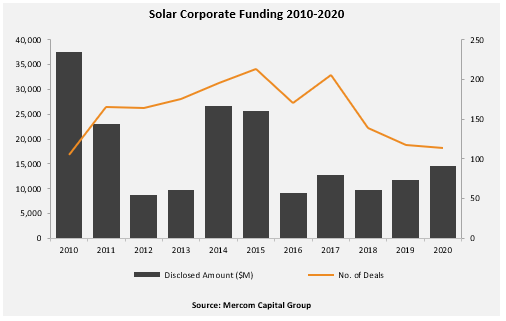 Raj Prabhu, CEO of Mercom Capital Group, said, “Following a tough first half when corporate funding was down 25% year-over-year (YoY), recovery has been swift and broad, with corporate funding up 24% for the year. Publicly-traded solar companies had an unprecedented year. The solar ETF was up 225%, with 15 solar stocks over 100% in 2020. Public market funding was also up with the help of several IPOs, and debt financing was up on the back of securitization deals. Solar asset acquisitions were at an all-time high in a pandemic year and have become even more sought-after as an investment haven, especially in the uncertain COVID economy.”

In 2020, global venture capital and private equity funding in the solar sector stood at $1.2 billion in 41 deals, compared to $1.4 billion in 53 deals in the previous year. Out of $1.2 billion in VC/PE funding in 2020, 27 solar downstream companies secured $1.1 billion, accounting for 90% of total VC funding. 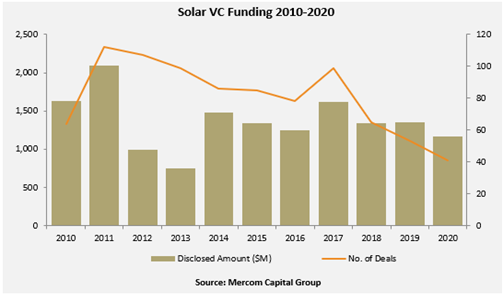 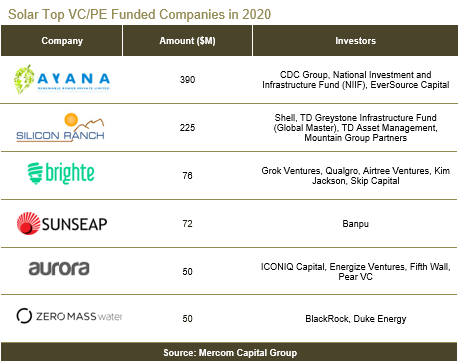 Debt financing activity in 2020 stood at $8.3 billion, a 6.4% increase YoY. 2020 also saw eight solar securitization deals totaling $2.2 billion, which was the largest amount of financing through securitization in a year.

The report also showed that there were 62 mergers and acquisition (M&A) deals in 2020, down from 65 in 2019. The largest of these was Sunrun’s acquisition of Vivint Solar, in an all-stock transaction for $3.2 billion. 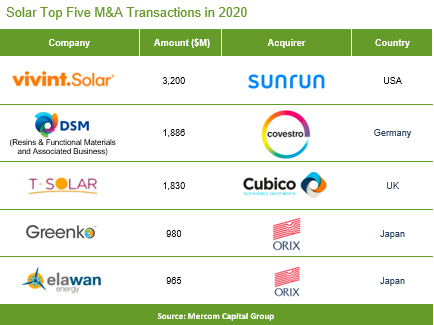 In July 2020, Mercom reported that total corporate funding – including venture capital funding, public market, and debt financing – dipped 25% to $4.5 billion in the first half of 2020 from $6 billion in the same period last year.