Low tariffs could lead to underestimating the quality, sustainability, and social criteria of projects

What lies ahead for the renewable energy sector in India? Will investments dry up, or will 2021 bring out the best for the sector? A discussion on these vital issues was held during the last session on the second day of the recently held Mercom India Solar Summit 2021.

Of the total investments in the year, utility-scale solar projects attracted investments worth $1.19 billion (~₹87 billion), while rooftop projects saw a flow of $356 million (~₹26 billion). There were no investments in manufacturing.

Ben Frazer from Hero Future Energies told the panel that his organization undertakes project financing from domestic lenders, and the pool of such lenders engaged in capital-intensive infrastructure projects like renewable energy is not big.

“As a result, credit lines are used up in no time. However, we work with our lenders well when it comes to the tenure of lending or if we want to borrow 85% of the PPA (Power Purchase Agreement) term,” he said.

Another challenge, he said, is on the commercial side, where the interest cost is a key driver against the competition. “The market is pretty competitive, and several players are coming in from overseas, and some of them have access to cheap funds. As a result, they can comfortably enter domestic bids since their expectation of returns is lower. Apart from this, it is difficult to keep the interest cost down. These are the two major factors that are affecting us.”

Hero Future Energies issued their first USD bond in global markets. The green bond was issued through Clean Renewable Power (Mauritius), a wholly-owned subsidiary of Hero Future Energies Asia. The bond received over $3 billion orders and was successfully priced at a coupon rate of 4.25% for a six-year maturity period. The company’s first USD green bond comes after its success in 2016 with the first-ever climate bond issuance by any Indian renewable company.

Is SBI Reluctant to finance RE projects?

He said, “For the last few years, we are seeing 6-10 GW addition happening in the Indian renewable sphere annually. SBI is contributing 25-30% in overall CAPEX creation as a lender. The overall composition of SBI’s power assets is to the tune of ₹3 trillion (~$39.78 billion), whereas RE composition in India’s power mix is around 11%. SBI’s asset books in renewables is over and above India’s energy mix.”

Paliwal added that SBI is well equipped to address all CAPEX (capital expenditure) requirements to contribute 30-40% for a forward-looking CAPEX annually.

Criteria for Lending to Solar Projects

Dr. Martin Lux from KfW Delhi told the panel that his organization is a government-owned bank with a clear mandate to finance sustainable and development-oriented projects in Germany and across the world.

“In India, we have a very specific case where almost all of our portfolio needs to contribute climate change mitigation and climate change adaptation goals. We want to contribute to the Paris Agreement towards net-zero economi  es all over the world. Our bank works through government institutions, and we can directly finance projects run by state-owned enterprises like MAHAGENCO (Maharashtra State Power Generation Company). We also address the private sector through credit lines, through financial institutions like SBI, Bank of Baroda, IREDA (Indian Renewable Energy Development Agency Limited), and REC. These credit lines directly or indirectly finance the private players in the sector,” he said.

“We do not want to take up responsibility where the private sector is already doing its job. But that shouldn’t dissuade us from entering the sector, especially when it comes to promoting social and environmental criteria in implementing quality solar projects,” he said.

According to Frazer, payments to developers from distribution companies (DISCOMs) are not regular.

“When we talk to bond investors, the common question that arises is, what is the pattern of receivables from the DISCOMs. Each DISCOM has a different issue. More than credit history, it affects the economics. We are seeking some form of borrowing mechanism when delays are anticipated so as to arrange a working capital facility that can address the issue in the short term. Despite financial restructuring, DISCOMs are getting government support,” he said.

According to Frazer, the investors know the DISCOMs are quasi-government organizations, and therefore, payments will come through despite delays.

Project Finance in India and Rest of the World

According to Lux, market distortions prevail all over the world due to political and social reasons.

“Government interference, no matter how necessary, will lead to growth obstacles for the energy sector. The regulatory framework for promoting renewable energy and sustainable development is not perfect in most parts of the world, considering the high renewable targets that each nation has set to attain net-zero emissions. However, India has a huge market. India is relevant for the rest of the world as what we do here affects the entire globe. India is also developing a domestic industry which is not seen in developing countries. India’s fast-growing economy challenges the power supply and demand in the future.”

According to Lux, the surprising aspect is the extremely low tariffs due to very high competition, which could lead to underestimating quality, sustainability, and social criteria. The developers do not have an option because they have to compete in the market.

According to Frazer, “Lenders need to understand the developers’ issues concerning pre-payment and penal charges. Bureaucracy is a major issue that needs to be streamlined to make life easier for developers. Renewables need to be categorized as a priority sector which will push things in the right direction.”

According to Paliwal, counterparty risk is very high, and off-takers should have an impeccable record.

“Secondly, developers should not renege on their PPAs. DISCOMs are rated by the Ministry of Power. However, we see a lot of variations when it comes to the repayment track record,” he said. While some DISCOMs are prompt in their payments, there are also instances of 12 years or more delays. 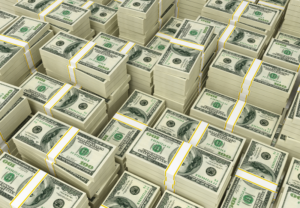