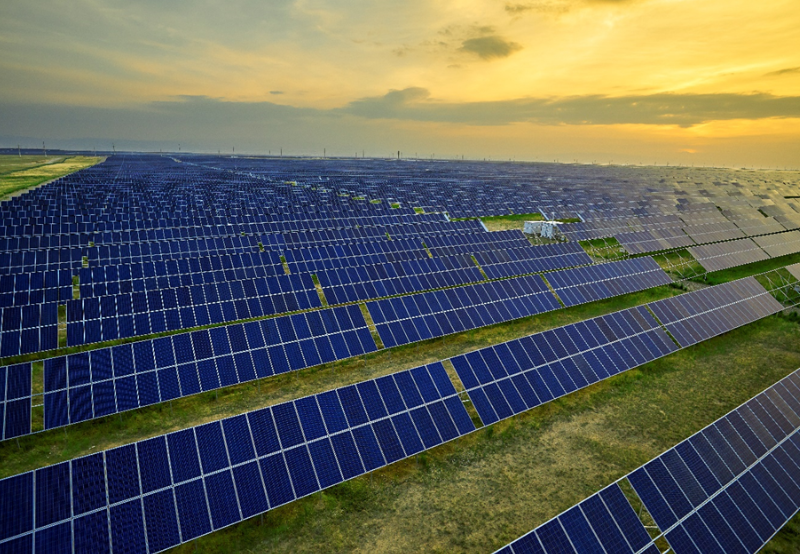 Global corporate funding for solar companies, including from venture capital, private equity, debt financing, and public markets, amounted to $24.1 billion in 2022, a decrease of 13% year-over-year (YoY).

However, the solar sector also saw a 20% YoY increase in the number of deals in 2022, according to Mercom Capital’s 2022 Solar Funding and M&A Report. 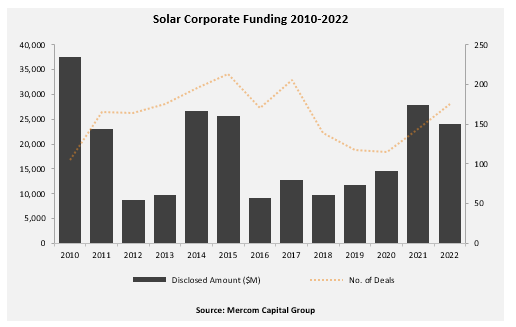 “The war in Ukraine has accelerated demand for solar around the world, and the Inflation Reduction Act has boosted the sector in the U.S. In 2022, we saw record venture capital and private equity funding. Solar companies were acquired in record numbers, and solar projects saw their second best year for acquisitions,” commented Raj Prabhu, CEO of Mercom Capital Group. “But we are beginning to see higher interest rates bite into financing activity which resulted in lower public and debt financing in the second half of the year.”

The solar sector received $7 billion in venture capital and private equity funding in 2022, a jump of 56% YoY. This is the highest annual funding for the solar sector since 2010. Additionally, there were 21 deals of $100 million or more in the sector this year. 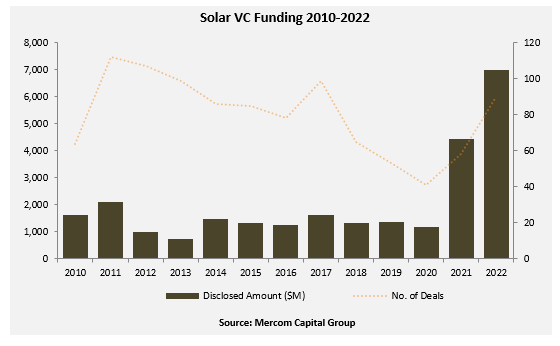 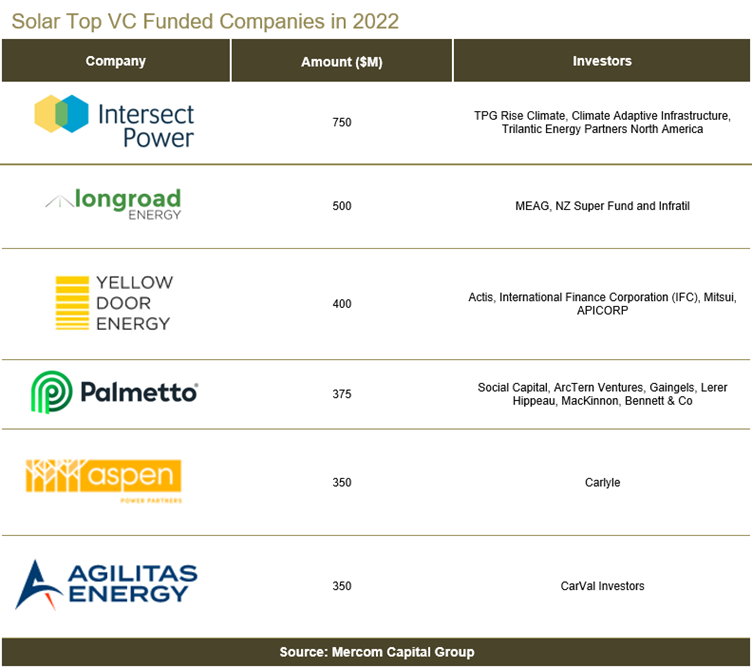 Intersect Power topped the list with the highest venture capital funding at $750 million. The other top-funded companies were Longroad Energy, with $500 million, Yellow Door Energy, with $400 million, Palmetto, with $375 million, and Aspen Power Partners, and Agilitas Energy both with $350 million.

Public market financing for the solar sector totaled $5.1 billion, a decline of 32% YoY. The biggest deal of 2022 was the initial public offering of JinkoSolar Holding Co’s main subsidiary, Jinko Solar, which raised $1.57 billion.

Debt financing for the solar sector amounted to $12 billion, a decrease of 24% YoY. Securitization deals were a significant contributor to the debt financing activity in 2022, with 12 deals raising a total of $3.1 billion.

A total of 128 mergers and acquisition (M&A) deals were recorded in the solar sector, the highest number since 2010. Among these deals, eight exceeded $1 billion each. 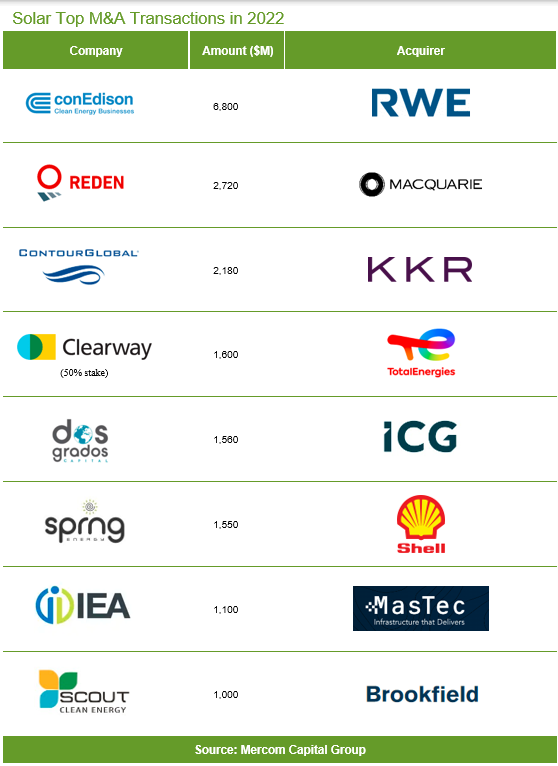 The majority of M&A deals were in solar downstream companies. The most significant transaction of the year was German power company RWE’s acquisition of Con Edison Clean Energy Businesses for an enterprise value of $6.8 billion. 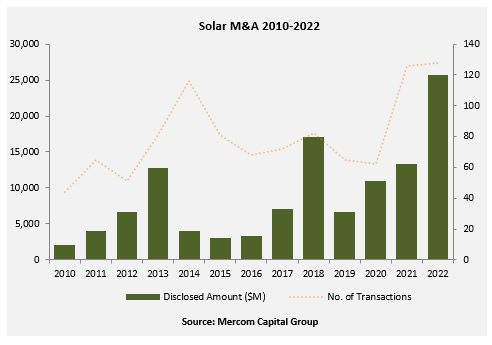 The 122-page report covers 225 companies and investors and includes 106 charts, tables, and graphs.