In India, the widely used electric three-wheelers are expected to play a crucial role in last-mile connectivity and reduction in carbon emissions through intelligent mobility. With this in mind, Karnataka’s Shivamogga Smart City has come up with a tender to procure 100 electric rickshaws.

The successful bidder will be given three months to fulfill the contract and supply 100 electric rickshaws. Interested bidders will also be required to submit earnest money deposit of ₹290,000 (~$4,196).

Taking a cue from Gujarat, Karnataka is now in the process of introducing electric three-wheelers on its roads to curb pollution and combat climate change. In October 2018, Gujarat Energy Development Agency (GEDA) had invited Expression of Interest for the authorization of manufacturers for marketing and distribution of battery operated three wheelers under the state’s Battery Operated three-wheeler (BOV) program.

In March 2019, the Indian government notified the implementation of ‘Faster Adoption and Manufacturing of Electric Vehicles in India Phase II (FAME India Phase II)’ with a total budget outlay of ₹100 billion ($1.41 billion). The program is aimed at promoting electric mobility in the country.

The Transport Department of Delhi also issued a tender recently for the procurement of 385 electric buses. The NTPC Vidyut Vyapar Nigam (NVVN) has also invited bids for procuring 100 electric buses to operate in the state of Goa.

The adoption of EV has witnessed an uptake in India in recent times with an increasing number of agencies involved in developing the charging infrastructure for electric vehicles which in turn facilitates the seamless adoption of electric two-wheelers, three-wheelers, and four-wheelers by the masses.

Recently the Energy Efficiency Services Limited (EESL) issued a tender for 200 fast chargers along with three years’ on-site warranty and annual maintenance contract. In March 2019, the National Thermal Power Corporation (NTPC) also invited bids to set up charging stations for electric vehicles including buses and four-wheelers, on a turnkey basis. Rajasthan Electronics and Instruments Limited has also issued a tender to set up 270 electric vehicles charging equipment across various locations in the country. 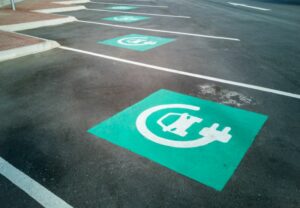 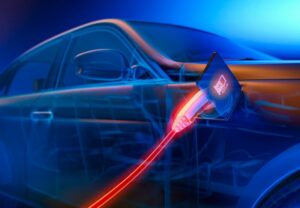