The Solar Energy Corporation of India (SECI) has issued RfS for 2 GW of inter-state transmission system (ISTS)-connected wind projects. The capacity has been tendered under Tranche-III. The bid-submission deadline is January 16, 2018.

The projects will be developed on a build, own, and operate basis. The SECI has set December 14, 2017 as the date of the pre-bid meeting. The scope of work includes the construction of both the wind project and its associated transmission network up to the grid connection point.

All approvals, permits, and clearances required for development and connectivity – including those required by state governments – will be the developer’s responsibility. The maintenance of the transmission system up to the interconnection point will also be the responsibility of the wind power project developer. A single bidder can bid for a minimum of 50 MW and a maximum of 400 MW of wind projects.

Twenty-five-year power purchase agreements (PPAs) will be signed within two months of the date that the letter of award (LoA) is issued, and SECI will execute a power sale agreement (PSA) valid for 25 years with the buying entities for the sale of wind power.

The project developer must report the tie-up of financing arrangements for the projects within nine months of the date of issuance for the LoA. The project completion timeframe is 18 months from the date the LoA is issued.

Mercom previously reported that SECI will be tendering 2,000 MW of ISTS-connected wind projects to be developed across the windy states as part of an effort to leverage the dip in wind tariffs. The SECI’s objective is to fulfil the non-solar renewable purchase obligations (RPOs) for distribution companies (DISCOMs) in non-windy states and encourage competitiveness in the wind power sector.

Mercom previously reported that the wind tariff dropped by ~24 percent between two auctions held in the past year. SECI has not had any issues finding buyers of power from its wind projects so far and Mercom predicts this auction to be a success with tariffs around Rs.2.60/kWh. The capacity being auctioned is massive, and there is enough space for all major players to compete. 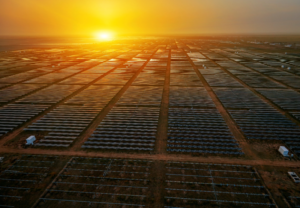