An estimated 16 million electric cars are on the road globally, consuming around 30 TWh of electricity annually 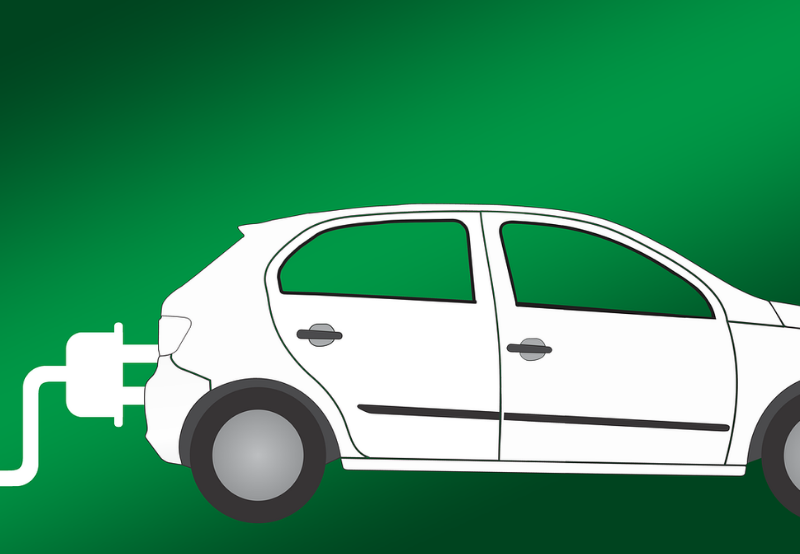 The sale of electric cars more than doubled to 6.6 million in 2021 compared to 3 million in 2020, accounting for 9% of the global car market, International Energy Agency (IEA) said in its recent report.

The report estimated that around 16 million electric cars are on the road globally, consuming around 30 TWh of electricity annually. Electric cars helped avoid oil consumption and carbon dioxide emissions in 2021. However, the benefits were canceled out by the parallel increase in sport utility vehicle (SUVs) sales. 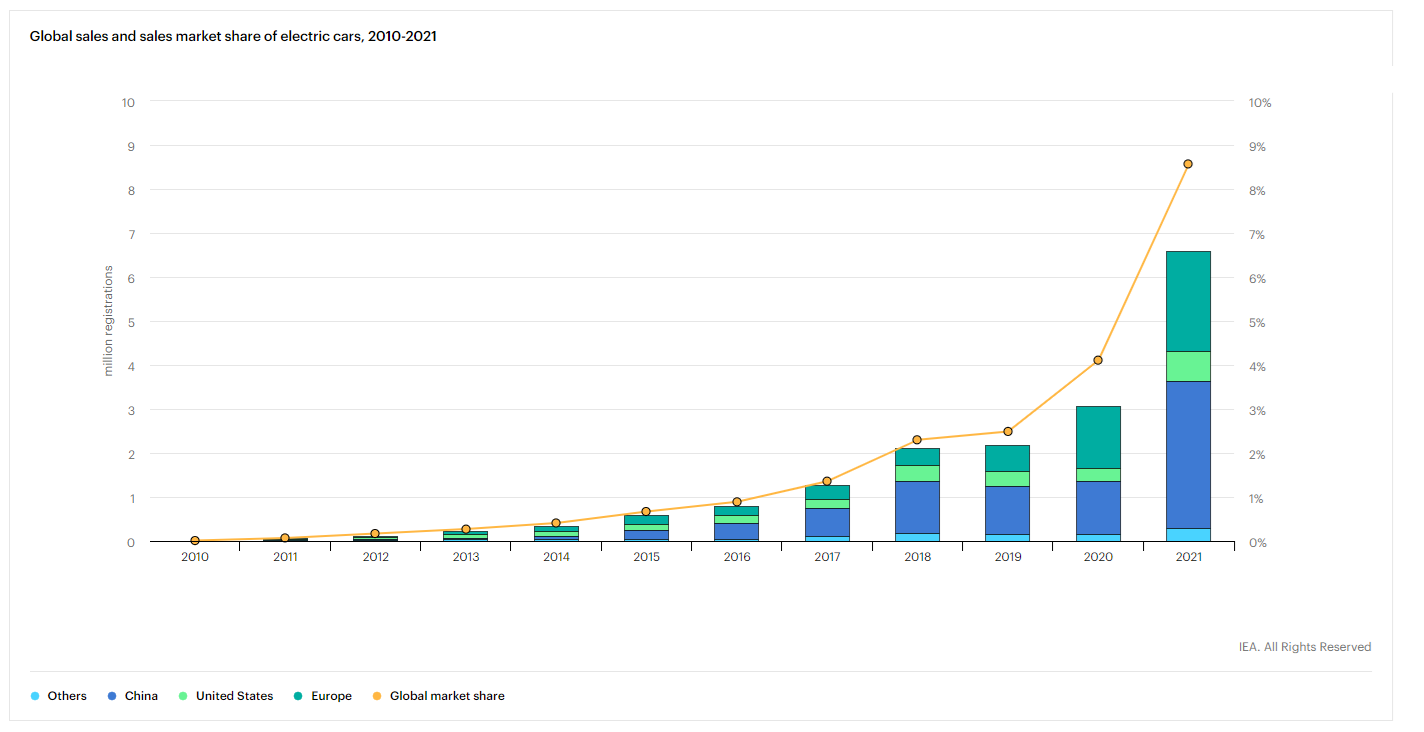 China led the growth in electric car markets in 2021 as sales almost tripled to 3.4 million in the country, higher than global sales in 2020. Electric cars’ share in the overall market on a monthly basis increased to around 20% in December from 7.2% in January. The country is on track to achieve its target for electric cars to reach a market share of 20% in 2025.

Chinese government extended subsidies on electric cars for another two years after the Covid-19 broke out. However, it was reduced by 10% in 2021 and would be reduced by 30% in 2022. Despite the reduction in subsidies, the growth in 2021 sales suggests that the Chinese electric vehicle (EV) market may have started to mature. The electric car market in China is set for more growth in 2022 due to the combined effects of consumer preferences for the new model offerings, residual national subsidies, and continued preferential treatment for EVs at the local level.

Electric car sales in Europe jumped by 70% to 2.3 million in 2021, of which around 50% were plug-in hybrids. In 2021, annual growth was slower than last year, when sales doubled. The annual growth decreased because the European automotive market had not recovered from the pandemic as total car sales in 2021 declined 25% from 2019.

Last year, the increase in EV sales in Europe was driven by new carbon dioxide emission standards. In addition, purchase subsidies for EVs were also increased and enhanced in the most major European markets. In 2021, monthly sales were highest in the last quarter of the year. In December, the sales peaked when electric car sales surpassed diesel vehicle sales in Europe with a 21% market share.

Germany was the largest electric market in Europe in 2021. Electric cars accounted for 17% of total European car sales in 2021.

The European Union Commission proposed to bring the carbon dioxide emission standard for new cars to zero by 2030.

In the U.S., electric cars sales more than doubled and surpassed half a million in 2021. The U.S. traditional car market recovered as well, but electric cars doubled their share to 4.5%. The electric car market is dominated by Tesla, which accounted for over half of all-electric cars sold. However, Tesla’s market share decreased from 65% in 2020 as other automobile companies offered new electric cars.

In November 2021, the U.S. Government announced an ambitious target for 50% electrification for new cars by 2030 and the installation of 500,000 charging points.

According to Smart Electric Power Alliance’s report, the U.S. would have 10 million to 35 million electric vehicles on roads by 2030, generating around 100 TWh new power demand annually.

IEA noted that electric cars sales are not increasing at the same pace globally despite impressive growth in significant markets. China, Europe, and the U.S. registered around two-thirds of the overall car market but around 90% of electric car sales. In large developing economies like Brazil, India, and Indonesia, the share of electric cars is below 1% without any significant increase over the last year. The lack of charging infrastructure is a key reason for the sluggish uptake. However, sales of electric scooters and buses are increasing in these countries.

The electric car markets faced supply chain issues with bulk material prices increasing for the entire auto industry. The price of copper, aluminum, and steel increased around 33%, 70%, and 100%, respectively, in 2021. In addition, for electric car manufacturers, the prices of materials needed to manufacture batteries like lithium carbonate increased 150% year on year, graphite by 15%, and nickel by 25%.

Automakers also faced microchip shortages that held back output. The shortage was problematic for EVs requiring around twice as many chips compared to traditional vehicles due to additional power electronics components. It was possible that without these disruptions, electric car sales could have been even higher in 2021.

“While some of the supply constraints of 2021 will ease as the market rebalances, others may linger. The EV value chain proved to be robust in 2021 as it managed to deliver on higher-than-anticipated demand. But for EVs to continue their current growth trajectory, battery supply chains, and EV production capacity will have to expand at a rapid rate. Both short-term demand and longer-term ambition have skyrocketed over the last two years, but supply chains have struggled to keep pace,” said IEA.