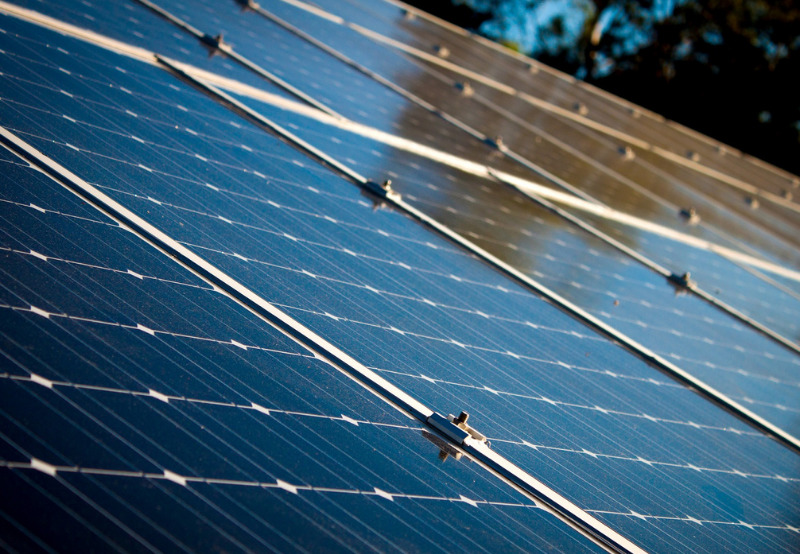 The Karnataka Electricity Regulatory Commission (KERC) ruled that the imposition of Safeguard Duty (SDG) on imported solar cells and modules constituted a ‘change in law’ event. It said Fortum Solar India was eligible for claiming compensation for the consequent increase in expenditure in implementing their solar projects following safeguard duty imposition. But the regulator has declined to compensate the company for carrying costs and the cost of additional solar modules procured to optimize the performance of the project.

The Gurguram-based solar project developer had signed power purchase agreements (PPAs) with all of these distribution companies (DISCOMs) for setting up 250 MW of grid-connected ground-mounted solar projects. It had won the projects in the Karnataka Renewable Energy Development Limited’s tender for 650 MW at the Pavagada Solar Park in Karnataka. The tariff discovered for these projects was ₹2.85 (~$0.039)/kWh.

Shortly after the letter of approval (LoA) was issued, and PPAs were signed, the Ministry of Finance imposed SGD on the import of solar cells and modules from China, Thailand, and Vietnam.

Fortum Solar had petitioned KERC for a declaration that the imposition of SGD was a ‘change in law’ event. It had asked for a direction to direct the DISCOMs to reimburse it for the additional expenses incurred by way of a proportionate hike in the agreed-upon tariffs. It had also sought for carrying costs to be reimbursed.

Carrying cost is the interest on the working capital for the period until the amount of the claim is decided by the Commission in response to a petition. Unfortunately, the carrying cost is only building up as most petitions filed 18-20 months ago are yet to be resolved.

DISCOMs also countered that Fortum’s claims for reimbursement of the additional expenses could have been avoided if they had imported their modules from countries that do not attract SGD instead of sourcing them from China.

They said since the SGD was imposed before work on the projects started, Fortum could have sourced their modules from India at comparable rates, especially since the primary intent of the duty was to boost domestic manufacturing. For these reasons, the DISCOMS said that Fortum could not seek relief under the ‘change in law’ clause of the PPA. They also argued that the developer had obtained more modules than necessary to profit from the additional generation.

It is important to note here that PPAs provide for a minimum capacity utilization factor (CUF) of 18% and a maximum CUF of 30%. The developers are also well within their rights to install a higher capacity of DC modules to provide 50 MW AC.

After analyzing the submissions of the parties involved, KERC rejected the respondents’ argument that Fortum cannot seek relief under the ‘change in law’ clause because they imported their components from China after the SGD was imposed. It reiterated that the imposition of SGD was indeed a ‘change in law’ event and that the developer could claim relief under this clause of the PPA. It, however, ruled that carrying costs cannot be claimed under the clause.

However, KERC agreed with the contention of the DISCOMs that the developer had imported more modules than was necessary for the generation capacity.

“The petitioners cannot opt to achieve higher Capacity Utilization Factor (CUF) merely by increasing solar modules, and the same is not a prudent practice. Instead, the petitioners should have opted for a sophisticated module that generates higher energy with lower degradation. Hence, while executing PPA, respondents herein obliged to purchase the energy of minimum capacity from contracted capacity and not obliged to reimburse the safeguard duty on excess modules installed in their solar power project,”

KERC declared that it could not allow an SGD reimbursement on the additional quantity of solar modules.

The regulator directed the parties to verify the amount payable to Fortum after examining the relevant documents within two months. It directed the DISCOMs to pay this amount to the developer, spread evenly over the remaining period of the PPA and through an appropriate increase in the tariff. It also directed the petitioner and the respondents to submit a supplementary PPA for approval.

In similar cases, in June 2020, the Maharashtra Electricity Regulatory Commission had ruled that ReNew Solar Power Private Limited was eligible for claiming compensation for the additional expenses incurred due to the imposition of SGD on solar cells and modules.

The Central Electricity Regulatory Commission had also directed Kanpur’s Ordnance Factory Board (OFC) to pay ₹36 million (~$485,044) to Avaada Clean Energy Private Limited as compensation for the losses incurred due to the imposition of safeguard duty.

It has been over two years since the safeguard duty was imposed, but developers are still waiting for reimbursement.