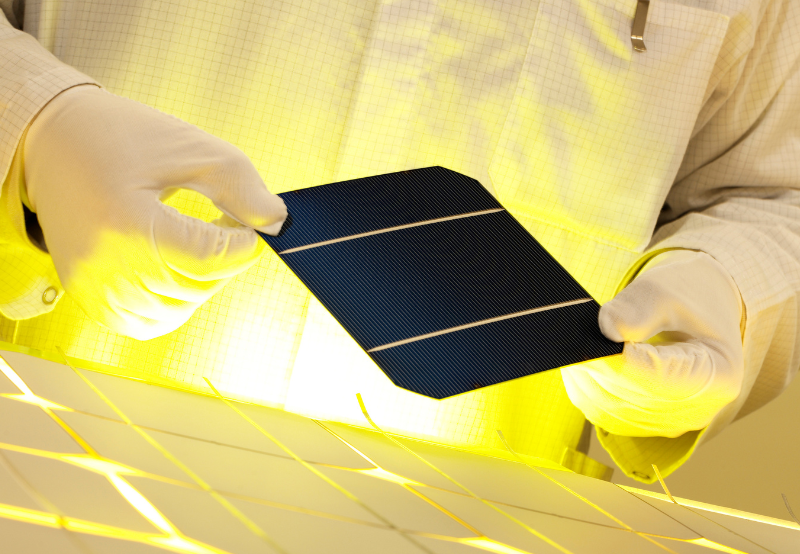 A team of researchers from the Gwangju Institute of Science and Technology (GIST), South Korea has claimed that using a certain amount of deionized (DI) water prevents the aggregation of organic materials in solar cells, resulting in better performance.

OSCs, which use organic polymers to convert sunlight into electricity, are lightweight, flexible, and have a high-power conversion efficiency of greater than 19%.

It consists of an active layer in the middle, which is made up of polymers. However, a lack of morphology control within this layer is often a challenge in developing OSCs with large active areas.

To address this, researchers from GIST have claimed to use water treatment to control the morphology in the fabrication of the active layer thin films to improve both the performance and stability of large-area OSCs.

“Water is known to hinder the performance of organic electronic devices since it remains in the ‘trap states’ of the organic material, blocking the charge flow and degrading the device performance. However, we figured that using water rather than an organic solvent-based active solution as a medium of treatment method would enable necessary physical changes without causing chemical reactions,” Dong-Yu Kim, head of the study, said.

The researchers chose two kinds of polymers (PTB7-Th and PM6) as donor materials and three others (PC61BM, EH-IDTBR, and Y6) as acceptor materials for the active layer.

The active solution was identified to be hydrophobic, following which the team used DI water and vortices to stir the solution.

Due to the hydrophobic nature of the solution, the water pushed on the donor and acceptor molecules, causing them to dissolve more finely into the solution.

The researchers then examined the photovoltaic performance of these thin films and compared them with those for OSCs without water treatment.

“We observed that the water-treated active solution led to a more uniform active layer of thin films, which showed higher power conversion efficiencies compared to those not treated with water,” said Kim.

“Moreover, we fabricated large-area OSC modules with an active area of 10 cm2, which showed a conversion efficiency as high as 11.92% for water-treated H-NF films,” he said.

In October, a new study by the National Renewable Energy Laboratory (NREL) revealed that distancing rows of solar panels apart can help maintain the module temperature, which usually increases when solar modules are exposed to direct sun for a long time leading to a decrease in module efficiency.

Researchers at Switzerland’s École Polytechnique fédérale de Lausanne (EPFL) claimed to have developed dye-sensitized solar cells with a power conversion efficiency of 15.2% in direct sunlight and up to 30.2% in ambient light conditions.