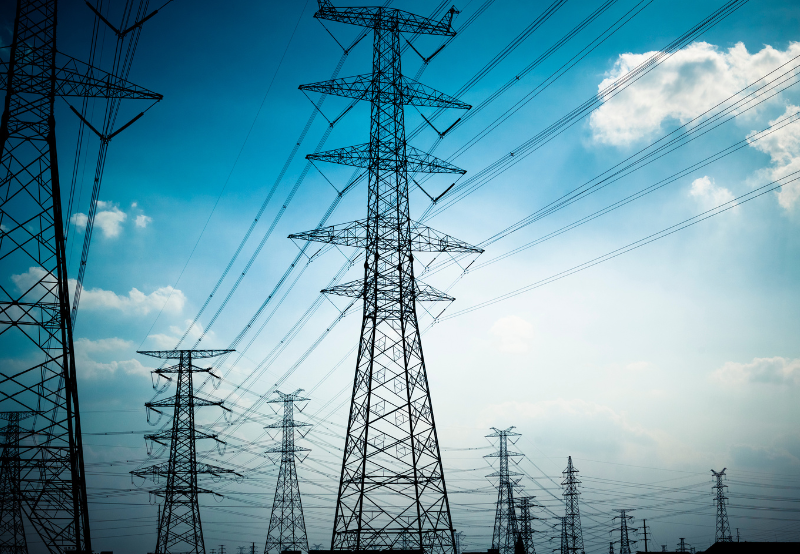 The Maharashtra Electricity Regulatory Commission (MERC) recently directed three distribution companies (DISCOMs) to tie up the medium-term and short-term power for their base load at the earliest.

Mindspace Business Parks, Gigaplex Estate, and KRC Infrastructure and Projects are deemed DISCOMs and are jointly referred to as KRC DISCOMs.

With the easing of the Covid-19 situation and the gradual return of the IT workforce to the offices, KR DISCOMs’ sales increased. Based on the actual and anticipated sales, they projected the sales and energy requirement for the period until July 2023, as given below: 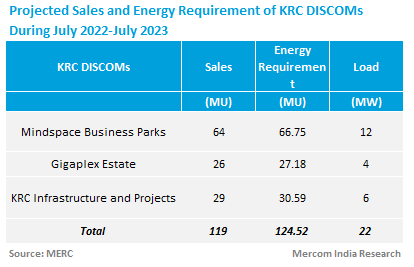 Based on the projected demand, KRC DISCOMs decided to procure 19 MW of conventional power, which included 11 MW of round-the-clock (RTC) power and 8 MW of peak power at the Maharashtra state periphery for the one year from July 1, 2022, to June 30, 2023.

The price discovered through competitive bidding was significantly higher than the average power purchase cost of KRC DISCOMs for FY 2022-23. The tender was therefore canceled.

Later, KRC DISCOMs re-initiated the competitive bidding for combined short-term power procurement at the end of May 2022. However, no bids were received.

KRC DISCOMs initiated the competitive short-term power procurement process again on June 13, 2022, to procure combined conventional and renewable power of 14 MW on a short-term basis for one year, from August 1, 2022, to July 31, 2023. DISCOMs had entered into PPAs with Kreate Energy from July 1, 2021, to June 30, 2022. However, Kreate Energy had not scheduled the power to KRC DISCOMs from April 2022. The DISCOMs initiated steps to meet the electricity demand in the notified area by procuring power from exchanges.

Without any tied-up PPA, the only viable option available to KRC DISCOMs was to procure the required power from the power exchanges.

The petitioners stated that considering the extraordinary circumstances beyond their control, the Commission should approve the proposed arrangement of bilateral power purchase at the exchange-linked rates.

The petitioners added that even much bigger DISCOMs in Maharashtra were purchasing power at exchange-linked prices.

It noted that the failure of Kreate Energy to supply power as per the contract from April to June 2022 and the non-successful bidding process had resulted in KRC DISCOMs depending on power exchanges to meet the demand.

The state regulator added that such an arrangement was not advisable in the normal course and would not have been allowed. However, the KRC DISCOMs were forced to resort to supplying power from diesel gensets since their bids were not cleared on the exchanges. This, however, was not a viable option. Hence, the Commission deemed it fit to allow exchange-linked contracts until KRC DISCOMs successfully discovered tariffs through the bidding process.

Having allowed exchange-linked contracts, the Commission noted that the price discovered on power exchanges in the recent past was much higher than the average power procurement rate of ₹3.92 (~$0.049)/kWh approved in the multi-year tariff orders of KRC DISCOMs.

Hence, the Commission allowed sole power procurement from exchange-linked contracts only for FY 2022-23.

Recently, the Power System Operation Corporation debarred 15 DISCOMs in six states and a union territory from buying or selling electricity at power exchanges as a penalty for not clearing their dues to generators under the Late Payment Surcharge Rules.