An additional amount of ₹1.37 trillion will give comfort to the banking system, says RBI governor

As the country grapples with the Coronavirus (COVID-19) outbreak, the Reserve Bank of India (RBI) today announced that the repo rate has been reduced by 75 basis points (bps) to 4.4%.

LAF is used to help banks adjust the mismatches in liquidity by enabling them to quickly borrow money in case of any emergency.

“The purpose of this measure relating to reverse repo rate is to make it relatively unattractive for banks to passively deposit funds with the Reserve Bank and instead to use these funds for on-lending to productive sectors of the economy,” he said.

Prime Minister Narendra Modi-led government has called for a 21-day nationwide lockdown to curb the spread of Coronavirus.

“This decision and its advancement have been warranted by the destructive force of the Coronavirus. It is intended to mitigate the negative effects of the virus, revive growth, and preserve financial stability,” said the RBI governor.

During the press meet, Das said that depositors of commercial banks, including private sector banks, need not worry about the safety of their funds. He also urged the depositors not to resort to any panic withdrawal of their funds.

Das also pointed out that apart from the agricultural sector, several other industries of the economy will be adversely affected by the pandemic coronavirus.

With a focus on reviving growth, Das announced developmental and regulatory policies. These policies can be broadly divided into four categories.

The RBI will conduct auctions of the targeted repos for up to three years for a total amount of up to ₹1 trillion (~$13.27 billion) at a floating rate. The funds are expected to lower the banks’ cost of funds and help them lend to the market and boost economic activity.

If banks have availed liquidity under the Targeted Long Term Repo Operations (TLTRO), then it has to be deployed in investment-grade corporate bonds, commercial paper, and non-convertible debentures.

The reduction of cash reserve ratio (CRR) for all banks will be by 100 basis points to 3% from March 28, 2020, for one year. CRR is a specified minimum percentage of the total deposits which banks have to hold as reserves with the RBI. Now that the CRR is decreased by the RBI, banks will have more money to lend since the amount of funds that are to be kept with the RBI is low.

This reduction in the CRR is expected to release primary liquidity of about ₹1.37 trillion (~$18.19 billion) across the banking system, according to the RBI.

The RBI governor also mentioned that the requirement of minimum daily CRR balance maintenance had been reduced from 90% to 80%. It will be in effect from March 28, 2020, to June 26, 2020.

To provide comfort to the banking system, the RBI has decided to increase the accommodation under the marginal standing facility (MSF) from 2% of the statutory liquidity ratio (SLR) to 3% with immediate effect. This measure will be applicable up to June 30, 2020.

MSF is a special window for banks to borrow from RBI against approved government securities in an emergency.

Banks have to maintain a said percentage of their liabilities as liquid assets in the form of cash, gold, and securities, which is called the Statutory Liquidity Ratio (SLR). A reduction in SLR helps banks to pump more money into the economy.

Das said that the steps taken would give comfort to the banking system by allowing it to avail an additional ₹1.37 trillion (~$18.19 billion) of liquidity.

These three measures will provide total liquidity of ₹3.74 trillion (~$49.66 billion) to the system, he informed.

“Steps are taken to mitigate the burden of debt servicing brought about by disruptions on account of COVID-19 pandemic,” Das added.

He stressed that measures are being taken to prevent the transmission of financial stress to the real economy.

These measures include a moratorium on term loans, deferring interest payments on working capital, easing of working capital financing, deferment of implementing the net stable funding ratio, and the last tranche of the capital conservation buffer.

All commercial banks, financial institutions, and Non-Banking Financial Companies (NBFCs) can now allow a moratorium of three months on payment of the installments for all term loans, which are outstanding as on March 1, 2020.

If working capital facilities have been approved in the form of cash credit or overdraft, then lending institutions can allow deferment of three months on payment of interest of all facilities outstanding as on March 1, 2020. The accumulative interest can be paid after the expiry of the deferment period.

If working capital facilities are allowed in the form of cash credit or overdraft, then the lending institutions will be allowed to recalculate drawing power by reducing margins or by reassessing the working capital cycle for the borrowers.

However, the moratorium on term loans, the deferring of interest payments on working capital, and the easing of working capital financing will not qualify as a default for supervisory reporting and reporting to credit information companies (CICs). It means that there will be no adverse impact on the credit history of the beneficiaries.

Banks in India that operate the International Financial Services Centre (IFSC) Banking Units (IBUs) have been allowed to participate in the non-deliverable forward (NDF) market with effect from June 1, 2020. Indian banks until now were not permitted to participate in this market, although there are huge benefits.

The RBI reiterated that they had injected liquidity of ₹2.8 trillion (~$37.18 billion) through various instruments, which are equivalent to 1.4% of India’s Gross Domestic Product (GDP). With this announcement, the RBI’s liquidity injection comes to around 3.2% of GDP.

According to Pawan Kumar Agarwal, chief financial officer, Azure Power, “Improving liquidity in the market is needed step to revive economic stability in these uncertain times. RBI’s move to reduce repo rate and CRR should help bring this needed liquidity in the market and should be reflected in the solar sector. The RBI should, however, ensure that the rate cut benefits are immediately transmitted by banks/FIs to the borrowers by at least an equivalent reduction. We are hopeful that the ongoing disbursement of term loans and new sanctions should not witness slow down.”

Pointing out that the solar power industry is capital intensive, Agarwal said that it is pertinent that all the different aspects of the business environment work cohesively and is functioning smoothly to avoid financial stress in the system.

“Repayment relaxations are a definite positive move by the RBI. India has over 34 GW operational solar power projects, of which, most of these will still have their repayment obligations,” he added.

“Liquidity has been a major challenge even before Coronavirus effects were felt in the economy. Fixing liquidity issues, making financing available, and extending loan repayment timelines are the boosts clean energy companies and the economy need right now. These moves will help companies wade through the next few months a lot better,” commented Raj Prabhu, CEO and co-founder of Mercom Capital Group.

Meanwhile, India’s Finance Minister Nirmala Sitharaman recently announced relief measures for taxpayers and businesses as the country continues to fight against the pandemic, as reported by Mercom.

The government has also decided that it will not levy late fee charges on those bills of entry on the import general manifests (IGMs) that are filed between March 21 to 31, 2020, or filed late on or before April 3, 2020.

The Coronavirus pandemic is proving to be the solar industry’s biggest challenge this year, and the repercussions are being felt across industries all over the globe. Read Mercom’s latest in-depth report on the pandemic’s impact on India’s solar industry here. 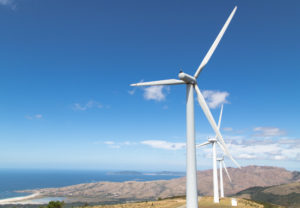 Wind Developers Get an Additional Three-Month Extension to Commission Projects 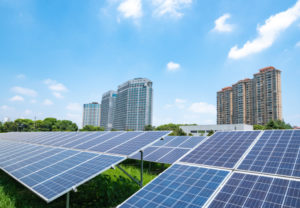 A Bounce Back Year: Key Events that Shaped the Solar Sector in 2021 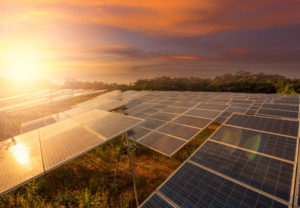