The policy has set an EV manufacturing target of 3.5 million units a year 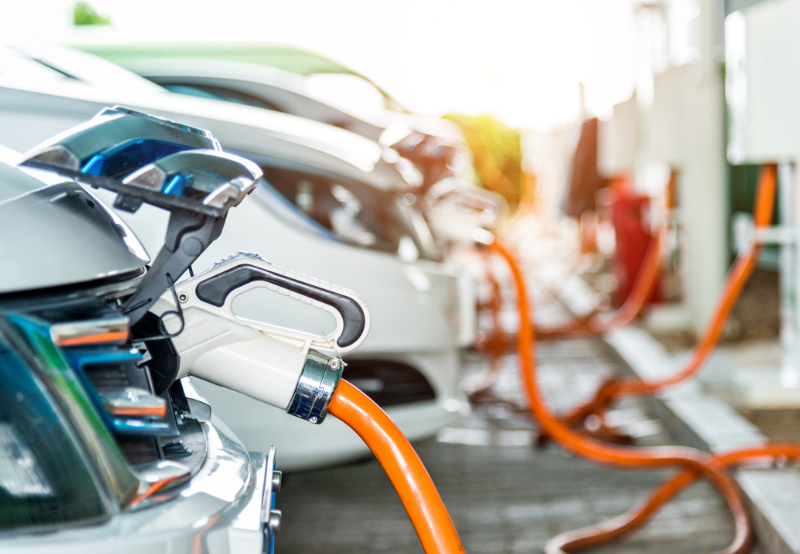 The Rajasthan EV policy 2022 lays out financial and non-financial incentives and initiatives that would support the adoption of electric vehicles (EV) and seeks to promote EV manufacturing and related industries and set up a wide network of charging stations.

The policy proposes training programs to create a skilled workforce to support the electric vehicle ecosystem. This will be done by adding enabling incentives in Jaipur, Jodhpur, Kota, Udaipur, Bikaner, Ajmer, Bharatpur, and Alwar under the Rajasthan Investment Promotion Program-2019.

All vehicles with advanced batteries having passed all the eligibility and testing conditions specified under the Faster Adoption and Manufacturing of Hybrid and Electric Vehicles (FAME II) program and purchased and registered in Rajasthan will be eligible for incentives.

The category-wise target would be adding 15% electric vehicle share in new vehicle registrations of two-wheelers, 30% in three-wheelers, 5% in four-wheelers, and phased transition to e-buses used in routes connecting priority cities. 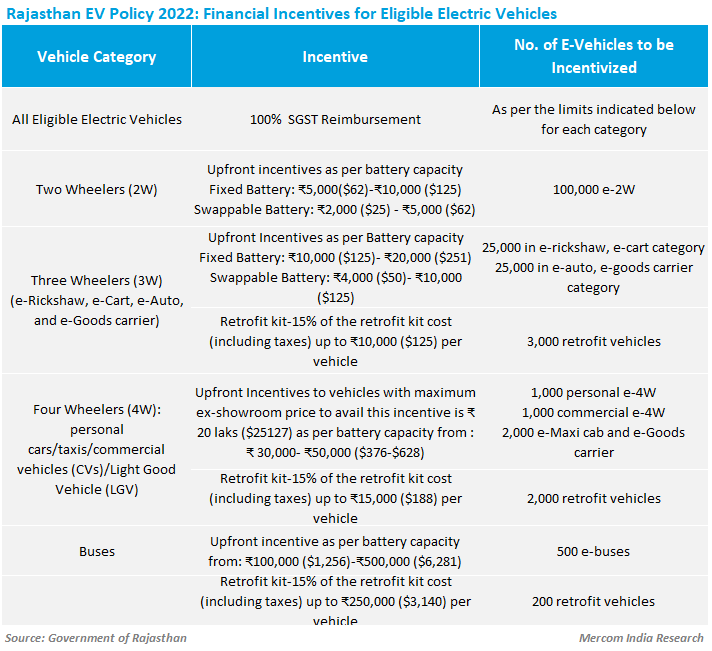 Special zones along the Delhi-Mumbai industrial corridor would be promoted for manufacturing EVs.

Several incentives and exemptions would be rolled out to handle the upfront purchase cost and improve awareness.

Exemption from motor vehicle tax, exemption from the requirement of a permit, SGST reimbursement to all EV categories, and upfront incentives to purchase two-wheelers and three-wheelers would be provided.

The policy aims to create EV charging stations across the state. A nodal agency will be set up for charging infrastructure.

The charging stations will comply with standards specified by the Ministry of Power, Government of India, and Rajasthan State Electricity Regulatory Commission.

Setting up charging stations will be a de-licensed activity, requiring no special permissions.

The policy proposes all incentives and tariffs that apply to charging stations will also apply to battery swapping stations. Domestic charging will be treated similarly to domestic consumption.

Public charging stations will be allowed to purchase power from any source through open access.

State Goods and Service Tax (SGST) reimbursement on fast-charging EV supply equipment for private enterprises will be provided. Under the reimbursement of cost towards the upstream electricity infrastructure, public charging/swapping stations will be reimbursed 100% of the upfront cost.

Time of Day (ToD) rebate of 15% on energy charges will apply from 11 am to 6 pm. The public charging station’s tariff will apply to battery charging and swapping stations.

The Rajasthan Solar Energy Policy 2019 identifies the addition of charging stations as one of its primary goals.

The Ministry of Heavy Industries (MHI) approved 2877 EV charging stations in 68 cities across 25 states and union territories under the second phase of the FAME-II program.

Rajasthan’s EV policy 2021, focused on ramping up sales of electric two-wheelers and three-wheelers.