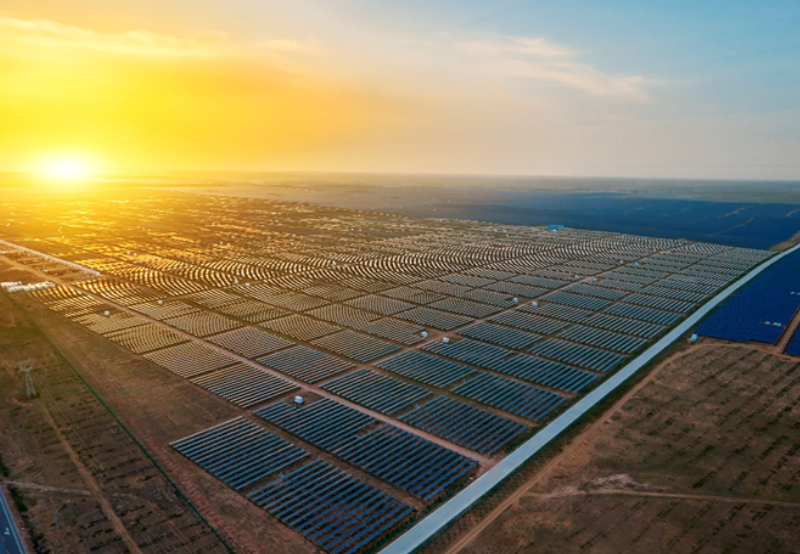 Rajasthan-based solar installations supplying electricity to other states will have to shell out 10% of their generation free of cost to the state’s distribution companies (DISCOMs) if a proposal by the state’s electricity regulator is accepted.

The development has alarmed solar developers, including central government-owned entities like NTPC and Solar Energy Corporation of India Limited (SECI), who have termed the move detrimental to the development of renewable energy in the country.

The Rajasthan Electricity Regulatory Commission (RERC) advised the state government to notify the proposal arguing that it would provide the people of the state with less expensive power being generated in the state. The proposal was based on the premise that while other states received attractively priced solar power from Rajasthan, the state has one of the highest power costs in the country due to the distance from coal mines and the lack of hydropower resources.

“The Commission in exercise of its power under Section 86(2) of the Electricity Act,2003, advised the State Government recently vide letter dated 30.05.2022, that it may examine and consider to notify that interstate solar power projects supplying power outside Rajasthan shall supply ten percent (10%) of such electricity free of cost to the State Government for the use of the State DISCOMs for supplying it to the consumers of the State,” the RERC order said.

An executive at one of the top inter-state (ISTS) project developers in Rajasthan said that the proposed law could severely damage the momentum of solar installations. “Solar projects have continued to grow because of the progressive decline in cost due to technological advancement, but if 10% generation is hived off without any payment against it, the 90% of the generation will have to be used to recover the lost revenue.”.

Another executive working with a state-owned developer said such a precedent would be dangerous as other states could rely on similar arguments. “The geographical diversity in the country means that energy resources are spread wide. If the RERC suggestion becomes law, who could stop wind-rich, coal-rich, or hydro-rich states from following suit?”

Developers agreed that if such laws gain traction among states, they will only raise the overall cost of power. The cost of solar power is an attractive attribute that has sustained its growth as opposed to wind capacity, which has stalled over the last few years as the tariffs became stagnant.

Rajasthan already levies ₹200,000 (~$2454.9) -₹500,000 (~$6132.8)/MW as Renewable Energy Development Fund (REDF) from ISTS developers. “REDF is already an additional cost for developers, which gets passed on to the consumers. It also provides the state with additional revenue for creating and maintaining power infrastructure, but the proposal for 10% free power is unreasonable and has come as a shock to the developers,” a senior executive at a state-owned developer said.

The law’s adverse impact could get worse if it is applied retrospectively to established projects. Although developers say the law is expected to apply to upcoming projects only, they cannot be sure until the state government notifies them.

If the law comes into force, around 3,937.5 million units of solar power worth ₹7.88 billion (~$98.67 million) will become available annually to the state free of cost. This arrangement will make available cheaper green power without any new investment. There will also be no requirement to purchase the costlier power, thus improving the state’s overall financial health of DISCOMs, RERC has said in the order.

“This will reduce tariffs for the state’s consumers and ultimately result in lower tariffs for industries and boost the state’s industrial development and employment generation,” the order said.

However, the RERC suggestion has been welcomed by Rajasthan-based solar developers engaged in supplying within the state.

Ajay Yadav, President, Renewable Energy Association of Rajasthan, said, “We welcome the move by the regulator. Rajasthan was the first state to cross 10 GW of solar installation. But we have always questioned why our land is being used to build these projects that do not benefit the state. There is no increase in local employment or growth in our local manufacturing. The DISCOMs in Rajasthan also do not benefit from these projects; they can’t be used to meet the RPO of Rajasthan DISCOMs.”

“Therefore, we support the proposal from the state regulator. Also, we strongly believe that the government should ensure that a certain percentage of equipment used to build these projects should be manufactured and sourced locally,” Yadav said.

However, any law based on the commission’s proposal will likely face a legal challenge. Aditya K Singh, the Associate Partner at Link Legal, said,” The recommendation by RERC has no legal grounds because ISTS projects are not the matter of a state. This recommendation has no legality for it to materialize.”