Rajasthan Budget Targets 1.4 GW of Wind, 4.9 GW of Solar in the Next Five Years 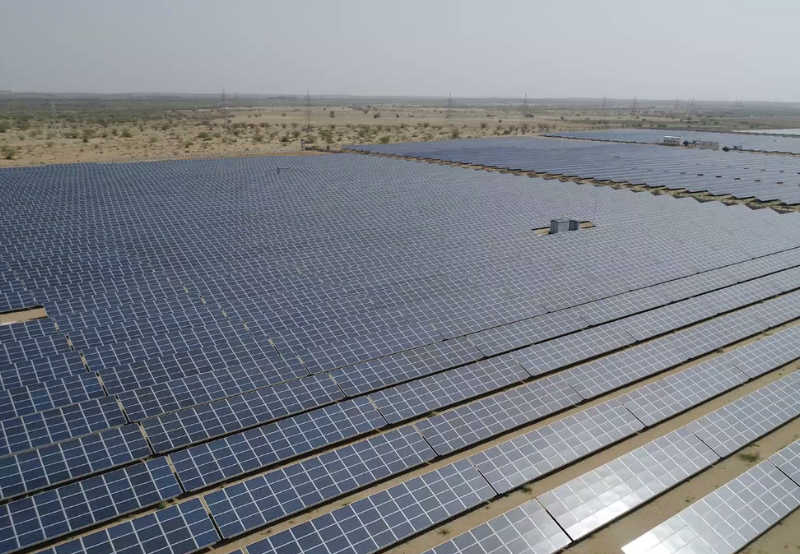 The revised 2019-2020 budget for Rajasthan has introduced various grants for the renewable energy sector.

The chief minister of Rajasthan, Ashok Gehlot, in his budget speech, mentioned that the new policies would be framed for solar energy, wind energy, and electric vehicles (EV). The state budget has exempted solar energy from electricity duty and focuses on the utilization of solar power in its agriculture and public health sectors.

Compared to the budget for the previous fiscal, the new budget is likely to be welcomed by the stakeholders of the renewable energy sector. The previous fiscal’s budget had provided subsidies of 35% for 3 HP and 40% for 5 HP solar pumps, but there were negligible provisions for large-scale or distributed generation solar, large-scale wind, or EVs.

The exemption in electricity duty will be extended from April 1, 2018, to March 31, 2020.  The exemption will be made available to solar projects set up for own use and those set up under the state’s net metering regulations.

The state government has also reduced the payable tax by 50% for vehicles that run purely on solar power. To avail the new tax rates, the vehicles must be registered on or after July 10, 2019. In the last fiscal’s state budget, there was only a 25% exemption for such vehicles. 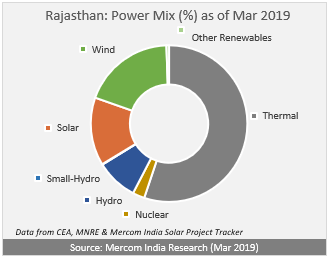 Thermal is still the largest source of power generation in Rajasthan even though the state is extremely rich in solar insolation.

The budget targets setting up of 1,426 MW of wind and 4,885 MW of solar energy projects in the next five years. This budget also focuses on alleviating power issues of farmers by utilizing solar energy. It also has a provision for the development of 600 MW of solar projects on the unusable lands of farmers. Moreover, solar pumps under KUSUM program, as well as 100,000 new agriculture connections, will be provided to the farmers. A corpus of ₹52 billion (~$759.8 million) has been set aside for the establishment of feeders for agriculture connections in the next four years.

The revised budget for Rajasthan also focuses on strengthening the power evacuation and transmission infrastructure. The budget has a provision for 765 kV substation in Jodhpur and the phase-wise establishment of three 220 kV substations along with 13 of 132 kV substations with an overall expenditure of ₹23.38 billion (~$341.6 million). Funds totaling ₹5 billion (~$73.06 million) have been set aside for 600 new transformers on 33 kV substations in three years. Smart meters will be set up in city areas on 80,000 distribution transformers.

The state government has provided ₹147.22 billion (~$2.15 billion) to convert loans of the distribution companies (DISCOMs) into grant in aid and equity under the central government’s UDAY program. There is also a provision of ₹183.1 million (~$2.675 million) for ‘Externally Aided Rajasthan Renewable Energy Transmission Investment Program’ and ₹490 million (~$7.159 million) for ‘Green Energy Corridor Project.’

The budget specifies that phase-wise solar de-fluoridation units will be set up for 1,250 villages. A corpus of ₹2 billion (~$29.22 million) has been allocated for solar tanks with tube wells.

The national budget that was announced recently also announced provisions for the development and strengthening of the transmission and evacuation infrastructure. The inadequacy of the transmission infrastructure in the face of rising renewable power generation has proven to be a nagging issue for the power sector, both at the national and state level.