According to recent research, there is a good chance that renewables market values will drop as penetration levels rise 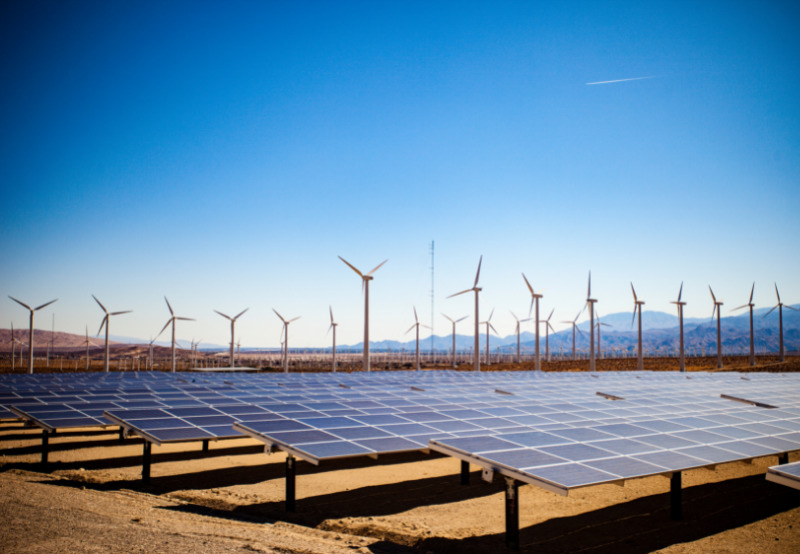 While lower prices are good for consumers, the decline in market value is not good for producers and potentially limit wind and solar deployment and endangering decarbonization goals.

A recent study conducted by Lawrence Berkeley National Laboratory (LBNL) looks at how market value – defined as the value of energy and capacity in regional power markets – changes over time at 2,100 utility-scale power plants across major power markets in the U.S., with data through 2019.

The study looked at three drivers of market value, namely output profiles, which looks at how the output of generators matches local market prices; congestion, which checks whether local prices are affected by transmission congestion; and curtailment, which is concerned with whether wind and solar generators were cut off due to over-generation. These factors drive variations in variable renewable energy (VRE). The key concept is that the three causes of value differences (profile, congestion, and curtailment) sum to the total difference between VRE value and flat block value.

The study notes that a typical situation in a high penetration region is when each component is negative, and one would see a “cascade” of value reduction from the flat block value down to the VRE value. However, there are cases where wind and solar plants have a value premium over the region’s flat block value. So, the example of a cascade of reductions only applies in certain cases, the report said. Either way, the sum of the three components always equals the total difference between flat block value and wind or solar value. The components of value differences can be calculated either for a single plant or as a weighted average across all plants of a single type (i.e., solar or wind) in a region.

According to the study, in 2019, output profiles and congestion had the largest impacts on market value, varying by region, while curtailment had little impact. Despite a decline over time, the average market value of wind and solar in 2019 was still higher than their average generation costs.

Future market, technology, cost, and deployment trends may affect the value/cost dynamic positively and negatively. There are several ways to mitigate the decline in market value.

The research highlights that solar tended to have relatively high market values at penetration levels below 3%, but solar’s market value decreased as penetration increased. Wind market value was less than a flat block even at low penetration, but it declined only modestly with penetration.

The research analyzed the causes of variances in 2019 market value, focusing on the impact on the value of output profiles, congestion, and curtailment.

Wind power in the Electric Reliability Council of Texas (ERCOT) and the Southwest Power Pool (SPP) region, including wind-heavy Oklahoma and Kansas, saw market values at 46% and 42% below the flat block value generation, mostly due to congestion and output profile effects.

Yet for regions with less than 3% solar penetration, solar had a market value premium (value greater than a flat block), especially in ERCOT and SPP. In all cases, the primary driver was the coincidence of the output profile with relatively high hourly market prices.

How to minimize the decline in market value

Strategies to minimize a decline in market value must be matched with its cause in each region. According to the research, building more intra-regional transmission will relieve congestion penalties; however, it may provide only limited benefits where the output profile is mismatched with higher market prices.

However, solar seems to be particularly sensitive to a decline in market value due to its output profile. To mitigate the crisis, developers have responded by shifting to hybrid projects – especially solar paired with battery storage.

A mix of optimism and caution

According to the research, there is a good chance that market values will decline as penetration levels rise. Yet, ongoing cost drops and performance gains have helped maintain wind and solar value propositions and are likely to continue.

Measures to mitigate market value decline may be needed and can be targeted by region and technology. The rise of hybrid generation and storage plants allows greater flexibility in future deployment and operations. Expanded transmission capacity can reduce congestion effects, and inter-regional transmission can connect wind and solar regions with higher market prices at advantageous times.

Besides, increased electrification of transportation and buildings may change load profiles and allow additional flexibility from the demand side. Ultimately, there is a race between cost and value as utilities, developers, and entrepreneurs search for profitable solutions.

In a recent report by the National Renewable Energy Laboratory (NREL) under the Storage Futures Study (SFS), analysts found significant market potential for utility-scale diurnal storage (up to 12 hours) in the United States power system by 2050, predicting over 125 GW growth for grid-scale storage capacity in the United States.

The Los Angeles 100% Renewable Energy Study (LA100) has made a case that 100% renewable power grids are feasible. With the Biden administration pledging to cut down the country’s greenhouse gas emissions by 50% by the end of 2030, the country is set to devising ways to build a critical infrastructure to produce and deploy clean technology.