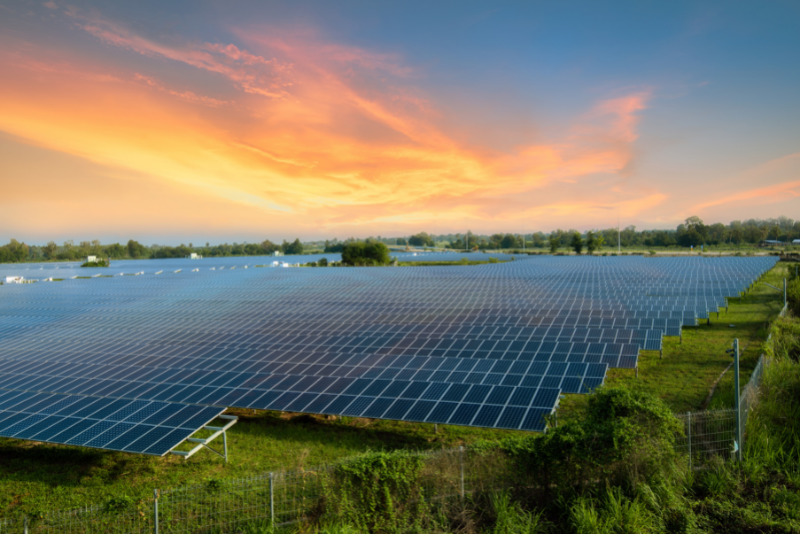 Sonnedix Japan, the Japanese subsidiary of global solar independent power producer Sonnedix, has achieved financial close of €172 million (~$209 million) for the refinancing of a 55 MW solar project – Sonnedix Hitachi Juo, from MUFG Bank, Joyo Bank, and seven co-financing regional banks. The project, located in the Ibaraki prefecture, was acquired in December 2020. It started operations in August 2017, and it is currently under a feed-in tariff until August 2037.

ACWA Power, a developer, investor, co-owner, and operator of a portfolio of power generation, has raised the financial close of ZAR 11.6 billion (~$824.6 million) for the construction of a 100 MW Redstone concentrated solar power project in South Africa. The company secured financing from leading international and South African financial institutions, including the African Development Bank, ABSA Bank, Development Bank of Southern Africa, and CDC Group, among others. ACWA Power’s co-shareholders in the project include the Central Energy Fund, Pele Green Energy, and the local community.

The European Bank for Reconstruction and Development (EBRD), the European Investment Bank (EIB), and PROPARCO, a subsidiary of Agence Française de Développement, provided €87.4 million (~$106 million) finance for the construction of Total Eren’s solar projects in Uzbekistan. The funds will be used to construct and put into operation a 100 MW photovoltaic solar project near the city of Samarkand. The package will be provided to the project developer, which is fully owned by Total Eren, a France-based independent power producer from renewable energy sources globally. It will consist of an EIB loan of €43.7 million (~$53.2 million) and two loans of approximately €21.8 million (~$26.5 million) each from the EBRD and PROPARCO.

Amarenco, a solar project developer, secured debt financing from Berenberg Green Energy Junior Debt Fund II to acquire the Las Naranjillas 50 MW solar project in Spain. The fund is providing Amarenco with junior debt for the construction and operational phases of the plant with a term of five years. The private bank Berenberg is the investment advisor to the fund. The Las Naranjillas project is in Carmona, Seville, with an area of 137 hectares covered by 121,800 photovoltaic modules.

Enlight Renewable Energy, a company in the development, financing, construction, and operations of renewable energy generation projects, along with Prime Green Energy Infrastructure Fund, reached a financial close of €300 million (~$363 million) for the 372 MW Björnberget wind farm in Sweden. The financing was led by DekaBank, KfW IPEX-Bank, and the Swedish Export Credit Corporation. The funding of the project, with an estimated cost of €430-440 million (~$521-533 million), will be provided through non-recourse project financing. The financing agreement includes a long term-facility of €210 million (~$254 million) and additional facilities for guarantees, debt service reserve, and value-added tax payments for a total amount of €90-95 million (~$109-115 million).

Ilmatar Energy, the Finland-based wind project developer, has secured €42 million (~$51 million) of senior debt commitments for two utility-scale onshore wind projects in Finland. Under the agreement, Ilmatar remains the sole owner of the 25.8 MW Voimamylly and 48 MW Rasakangas projects. The construction of Voimamylly, located in Humppila and Urjala, and Rasakangas, located in Kurikka. The wind farms are expected to be connected to the grid and will start producing clean wind power in early 2022.

BayWa r.e., a renewable energy company, announced the successful sale of its 62 MW Furuby wind farm in Sweden to ERG, a wind farm operator in Europe. Located in the south of Sweden, the Furuby wind farm will consist of 10 Siemens Gamesa 5.X turbines with a tip height of 220 meters. This is BayWa r.e.’s third deal in Sweden with Siemens Gamesa and will cover a 25-year service agreement with the major turbine manufacturer.

Apex Clean Energy, utility-scale wind and solar project developer across North America, announced the closing of the sale of the Isabella Wind I and II projects to DTE Energy, producer of renewable energy. The wind farms, totaling 383 MW, were developed and managed by Apex, will be operated by DTE. The projects were supported by a construction loan from KeyBank and CoBank, ACB as coordinating lead arrangers, Rabobank as joint lead arranger, and Sumitomo Mitsui Trust Bank as the lender.