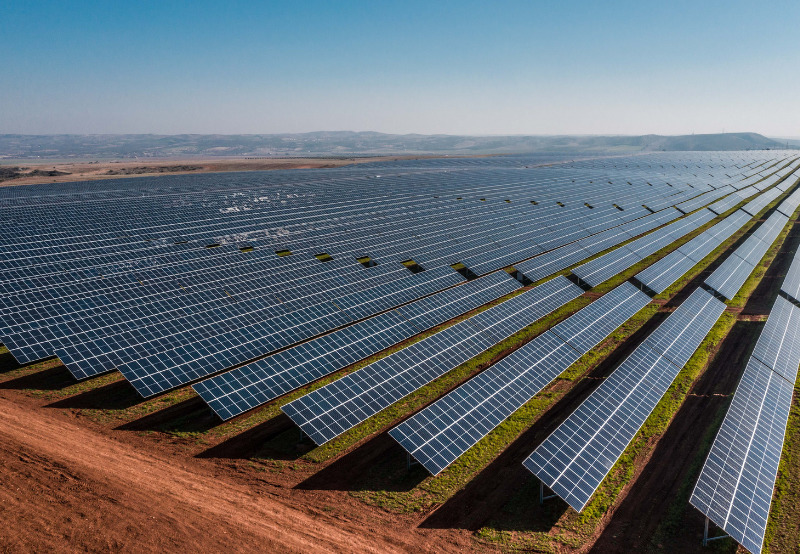 Spanish renewable infrastructure builder Prodiel has reached an agreement to sell 1,098 MW of solar PV projects to Madrid-based investment manager Everwood Capital. The portfolio is valued at around €750 million (~$889.8 million) and includes 870 MW of projects with grid connection in the Madrid region and 228 MW in the Seville and Badajoz provinces. The solar projects are expected to commence operation in 2023.

Broad Reach Power, an independent power producer, announced that it had acquired the 25 MW/100 MWh front-of-the-meter Cascade Energy Storage project located outside of Stockton, California, from a subsidiary of Enel. Cascade had been developed by Enel and was selected by PG&E to provide resource adequacy under a 20-year agreement signed in 2017.

ReneSola Power, a solar project developer, announced closing the sale of a portfolio of operating projects located in the U.K. to Atmosclear Investments, European renewable energy and cleantech private equity group.  The portfolio comprises 1,509 residential rooftop projects located in Scotland, with a combined capacity of 4.3 MW.  These projects are qualified under the feed-in tariff scheme and have been operating since 2015.

London-based company MithraSol has acquired a 7.5 MW Spanish PV portfolio from a unit of Grupo Kolya Renovables, Vector Renewables, financial and legal advisor in the transaction. The portfolio, which before the sale was owned by Kolya’s Greenpower Generation, consists of six solar projects located in the Spanish region of Castilla la Mancha. According to Vector, four projects are expected to start construction by the end of the year, while the remaining two will be completed in the second quarter of 2021.

Sonnedix, an independent solar power producer, has acquired a solar PV project in the development stage from the renewable energy developer and constructor Andes Solar. The transaction includes the co-development of the project. Sonnedix Andino Occidente I, located in Las Cabras, O’Higgins region in Chile, will have an estimated total installed capacity of 160 MW, becoming the third-largest solar PV project of Sonnedix. The construction of the project is expected to begin in the fourth quarter of 2023.

Renewable energy investment firm Cubico Sustainable Investments has completed the acquisition of a pair of US solar projects totaling 270 MW from RES. The Delta’s Edge and Crossett projects, located in Mississippi and Arkansas, will be built by RES. The projects are expected to reach financial close in the first quarter of 2021, with commercial operations starting in 2022. Both projects have long-term power purchase offtake agreements with regional cooperative utilities in the Midcontinent Independent System Operator (MISO) region.

Boralex, through its wholly-owned subsidiary Boralex U.S. Solar CIA, has entered into binding agreements with Centaurus Renewable Energy (CRE) and certain other investors to acquire their controlling interests in seven solar projects in the US, for a purchase price of $CA283 million (~$216.5 million). CRE and other investors will retain certain non-controlling interests in the assets resulting in a total net installed capacity to Boralex of 118 MW. The operating solar projects totaling 209 MW of gross installed capacity, located in the City of Five Points, the City of Huron, Kettleman City, the City of Lancaster and the City of Newman, California; Chambers County, Alabama; and Indianapolis, Indiana, were commissioned between 2014 and 2017.

Nautilus Solar Energy, an owner-operator of distributed generation and community solar projects throughout North America, has closed a $95 million tax equity financing commitment with an affiliate of Credit Suisse. The facility will provide competitive long-term financing for fourteen solar community projects across Rhode Island, Maryland, New York, and Minnesota, amounting to approximately 55 MW of nameplate capacity. All projects in the portfolio are expected to be placed in service in 2020. This transaction is the first community solar portfolio financing for Credit Suisse. Marathon Capital acted as exclusive financial advisor to Nautilus on the transaction.

Yorkshire’s Dogger Bank wind farm owners, Equinor and SSE, announced financial closing on the first two phases of the project, representing in aggregate the largest offshore wind project financing to date globally. The project is being built in three 1.2 GW phases, with the first two phases being constructed at the same time to take advantage of the synergies resulting from their geographical proximity and use of common technology and contractors. As such, the two phases are being financed concurrently, with all lenders participating in each phase in equal proportions.