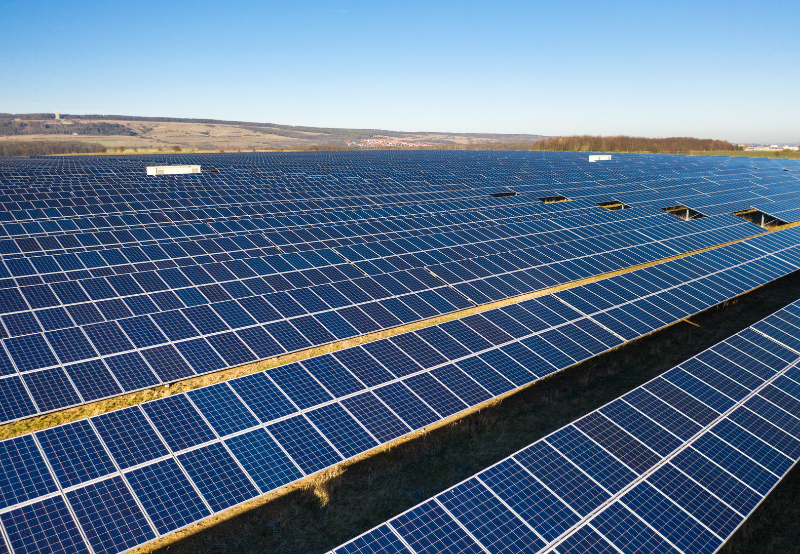 TotalEnergies, a multinational integrated oil and gas firm acquired Austin-based Core Solar, a solar project developer, which owns more than 4 GW of utility-scale solar and energy storage projects at various stages of development across several U.S. states. Core Solar’s CEO Greg Nelson and his employees will join TotalEnergies’ teams as part of the transaction. With the acquisition, TotalEnergies further increases its presence in the U.S., where it currently owns a portfolio of more than 10 GW of renewable projects in operation, construction, and under development.

MET Group, an integrated European energy company, has signed share purchase agreements with Italian developers to acquire a 100% stake in five greenfield solar PV development projects in Central and Southern Italy with a total capacity of 213 MW. The projects are expected to achieve the ready-to-build stage in 2024. The company also acquired a 100% stake in the 50 MW Puerto Real 3 solar project at ready-to-build status in Spain. The project is in the Andalucia region of Spain and is expected to reach commercial operations in 2023.

Scatec, a renewable energy power producer, and its partners have issued a $334.5 million non-recourse green project bond to refinance six solar projects in Egypt with 380 MW. The project bond benefits from a Climate Bond certificate from the Climate Bonds Initiative. The non-recourse green bonds, maturing in 19 years, were distributed to a consortium of development finance institutions, comprising the European Bank for Reconstruction and Development (EBRD), the US International Development Finance Corporation (DFC), the Dutch entrepreneurial development bank FMO and German Investment Corporation DEG, alongside private institutional investors. The EBRD is investing up to $100 million in a certified green bond issuance of $334.5 million. It also provides a $30 million Credit Enhancement Facility for participating institutional investors.

Origin Energy, an Australia-based renewable energy company, acquired the Yarrabee Solar project in the Riverina district, NSW. The financial terms of the acquisition were not disclosed. The first stage of the project is expected to comprise 450 MW, with the potential for up to 900 MW under the planning approval obtained from the NSW government in December 2018. The project was co-developed by Reach Solar Energy and PwC Australia.

The European Bank for Reconstruction and Development (EBRD) is lending PLN 212 million (~$48.4 million) to construct a 285.6 MW solar project in Zwartowo, Spain. The EBRD financing, which comprises a senior secured loan and debt service reserve facility, will be part of a larger package co-financed by commercial banks PKO BP SA and Pekao SA. The project company is Stigma Sp. z o.o., a special purpose vehicle incorporated in Poland and indirectly majority-owned by Solarnet Investment. Solarnet is the investment arm of Goldbeck Solar Group, an existing client of the EBRD.

Sol Systems, a solar energy company, announced the acquisition of a 37 MW solar development project in Morgan County, Illinois, from Lightrock Power. Sol Systems acquired the project through an RFP process executed on LevelTen Energy’s Asset Marketplace, as part of Sol Systems’ growth strategy to scale its Impact + Infrastructure platform across the U.S.

Torrent Power Limited, a Gujarat-based power company, has signed a share purchase agreement to acquire a 100% stake in the special purpose vehicle (SPV) operating a 50 MW solar project in Telangana. The agreement was signed with SkyPower Southeast Asia III investments and SkyPower Southeast Asia Holdings 2, which owns the SPV – Sunshakti Solar Power Projects. The estimated cost of the acquisition is ₹4.17 billion (~$54.41 million). The SPV operating the 50 MW solar project has a long-term power purchase agreement with the Northern Power Distribution Company of Telangana Limited for 25 years at a fixed tariff of ₹5.35 (~$0.07)/kWh, with remaining useful life of about 20 years.

Econergy Renewable Energy, an investor, developer, and operator in renewable energy projects, has entered a partnership with Terna Energy, a developer, constructor, owner, and operator of renewable energy projects, to construct a solar portfolio with a capacity of 460 MW as part of a new pipeline of projects in the Greek market. The agreement with Terna will see Econergy acquire 49% of the share capital of a Greek company that owns two companies in Greece, each developing solar projects of 240 MW and 220 MW. The total investment for the construction of the projects is estimated at around €265 million (~$283.14 million), of which Econergy’s shares are approximately €130 million (~$138.90 million). The two projects, located in the Kilkis region of Greece, will constitute one of the largest solar portfolios in Greece as Econergy gains its first foothold into the Greek market.

Ventient Energy, a non-utility generator of renewable energy, has completed the acquisition of a 443 MW renewable portfolio in the Spanish region of Castilla y Leon. The purchasing agreement obtained regulatory approval in April 2022. The portfolio consists of 203 MW of onshore wind and 240 MW of solar capacity to develop at the onshore wind sites. This acquisition will bring Ventient’s installed capacity to a 2.8 GW set out to exceed 3 GW with the development of the hybridized solar portfolio included in the purchase.