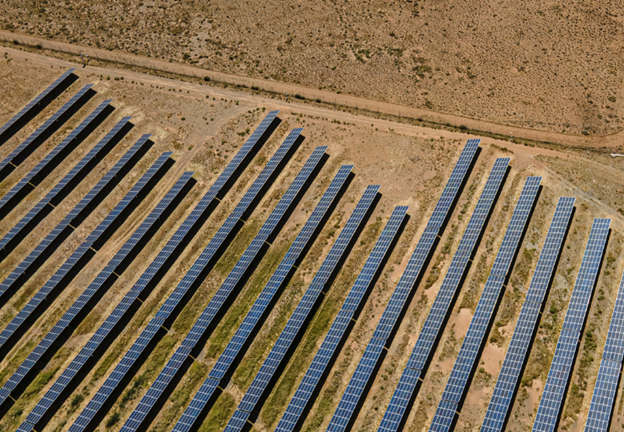 Exus Brasil Investimentos, an asset manager of Exus Management Partners (Exus), has signed a deal to acquire 100% shares of the Riacho da Serra project in Piauí, Brazil, from Decal Renewables and Upside Value, subject to regulatory approvals and other conditions precedent. The project comprises 20 solar projects with a total capacity of 1,058 MW. The development will represent an investment of more than BRL 3.5 billion ($650 million) in the country, which will create around 2,500 direct and indirect jobs, bring development to the communities involved, and power 950,000 homes with clean energy while reducing approximately 1 million tons in CO2 emissions.

Connor, Clark & Lunn Infrastructure (CC&L Infrastructure), a Canadian-based firm that invests in mid-market infrastructure and infrastructure-like assets, and CarbonFree Technology announced the closing of approximately $360 million in debt financing facilities for their portfolio of utility-scale solar projects located in Chile. The financings comprise a $19 million letter of credit facility, a $71 million bridge-loan facility which will be used to fund ongoing construction costs, and a ~$270 million private placement facility whose proceeds will be used primarily to refinance existing bank debt and repay the bridge-loan facility once projects complete construction.

The ALH Group, a financial services provider, acquired 49.9% of a portfolio of sixteen solar farms with a total capacity of 597 MW belonging to EnBW Energie Baden-Württemberg. The portfolio includes the new large-scale Weesow, Gottesgabe, and Alttrebbin solar projects. Located in the German states of Brandenburg, Baden-Württemberg, Bavaria, Mecklenburg-Western Pomerania, Rhineland-Palatinate and Saxony, all the solar farms were developed and built by EnBW. The company will continue to manage, service, and maintain the solar farms and market the green power they generate.

Sistema Rinnovabili, through its subsidiary Agro Solar and ING Bank, Milan Branch, has finalized project financing for a total amount of €32 million (~$32.8 million) to finance the construction and operation of a solar project with a capacity of 30 MWp in the province of Viterbo, Italy. The project will supply renewable energy for ten years to an Italian industrial customer in the chemical sector with a long-term supply contract finalized in cooperation with Axpo Italia.

Gresham House, an alternative asset manager, has acquired a 20MW solar farm from Anesco as part of a three-year development and construction partnership valued at more than £100 million (~$102 million). Beavor Grange solar farm, located near Axminster, Devon, is the fourth site to transact under the 200 MW ground mount solar partnership. It follows the acquisition of two 20 MW solar farms located in Gloucestershire town Cirencester and Alfreton, in Derbyshire, earlier this year, and a  50 MW Low Farm in Lincolnshire last August. Beavor Grange solar farm will cover an area of just under 28 hectares and will be capable of generating enough clean energy to power about 5,000 homes while helping to save approximately 4,500 tons of carbon emissions annually.

MPower Group, a developer of turn-key solar, battery storage, and microgrid projects, completed the acquisition of the Lakeland solar+storage project. Located in Cooktown Shire, North Queensland, the Lakeland project comprises a 10.8 MWac solar farm and an associated 1.4 MWac/5.3 MWh lithium-ion battery storage facility. Through its acquisition of the Lakeland project, MPower expects to generate annual revenues of around A$1.8 million (~$1.2 million) from the sale of energy and large-scale generation certificates (LGCs) to a blue-chip counterparty.

JSW Neo Energy, a wholly-owned subsidiary of JSW Energy, agreed to acquire a portfolio of 1,753 MW of renewable energy generation capacity from Mytrah Energy (India) for ₹105.31 billion (~$1.33 billion). The acquisition comprises 17 special purpose vehicles (SPVs) and one ancillary SPV. The necessary definitive agreements have been signed between the parties, and the transaction is subject to receipt of the necessary regulatory and other customary approvals. Upon consummation of the transaction, the 18 subsidiaries of Mytrah Energy India would become subsidiaries of JSW Neo Energy and step-down subsidiaries of the company. The transaction is expected to be completed by November 15, 2022, subject to fulfillment of conditions precedent set out in the sales purchase agreement.

Elawan Energy, an independent power producer, announced the closing of a €250 million (~$255 million) debt financing for the construction of 9 photovoltaic plants having an aggregate installed capacity of 440 MW in the Castilla La Mancha region of Spain. The financing was provided by Banco Santander, BBVA, MUFG Bank, Banco Sabadell, and Intesa San Paolo Bank Luxembourg, advised by Clifford Chance. The law firm assisting Elawan Energy in the closing of the transaction was Watson Farley & Williams.