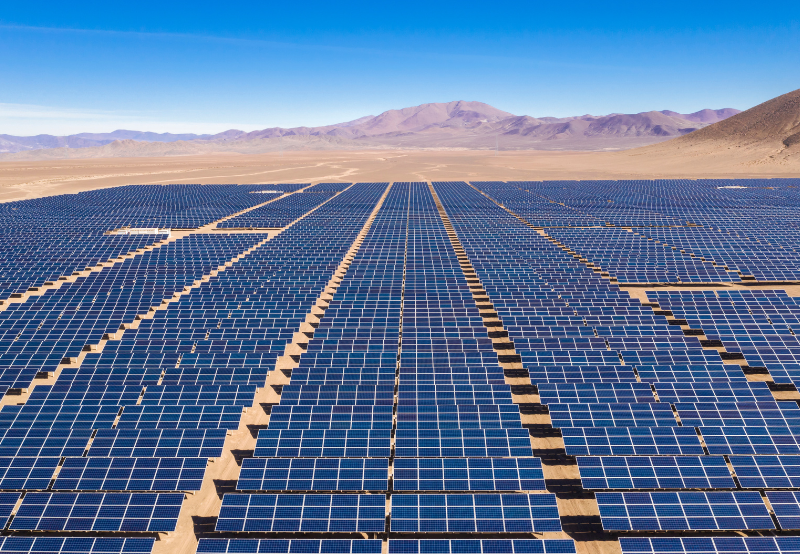 Canadian Solar, a vertically integrated manufacturer of silicon ingots, wafers, and PV cells and modules, signed an agreement with SPIC Brasil, a power generation company in Brazil, to sell a 70% stake in 738 MW of solar projects in Brazil. The Marangatu and Panati-Sitia projects have an installed capacity of 446 MW and 292 MW and are in Piaui and Ceara in northeastern Brazil, covering an area of 2,200 hectares. Both projects are at an advanced stage of development and are expected to begin construction in late 2022 and reach commercial operation in late 2023. Upon completion, the projects are expected to be two of the largest solar projects in Brazil and generate clean electricity to be equivalent to powering over 900,000 households in Brazil annually.

Ingka Group, which owns most of the IKEA retail stores across the globe, through its investment arm Ingka Investments, has acquired ready-to-build wind and solar projects totaling 92 MW located in north-western Poland for the consideration of €190 million (~$203 million). The projects were developed by OX2, large-scale onshore wind, and solar project developer. The projects are expected to be fully operational by the end of 2024. The total investment transaction value of €190 million (~$203.1 million) includes a transaction value of €173 million (~$184.9 million) to OX2 and the remainder to other stakeholders involved in the wind and solar project company. The wind project is located in Wysoka, totaling 63 MW, with an estimated annual production of 181 GWh. The solar project is located in Recz, totaling 29 MW, with an estimated annual production of 31 GWh.

Independent power producer ReNew Power has signed definitive agreements to acquire over 500 MW of operating wind and solar assets in India. ReNew said it would acquire operating wind assets totaling 471.65 MW and solar assets of 56.25 MW, taking the total capacity to 527.9 MW. The acquired assets are spread across eight states with a total enterprise value of around ₹30 billion (~$388 million). The 527.9 MW solar and wind projects will likely yield full-year earnings before interest, tax, depreciation, and amortization (EBITDA) of about ₹3.95-4.24 billion (~$51-55 million). The transaction is scheduled for completion by the second quarter of 2023. However, ReNew will receive all cash flows generated from the assets from the lock box date, i.e., April 1, 2022.

African Infrastructure Investment Managers (AIIM), an infrastructure-focused private equity fund manager through its IDEAS Managed Fund (IDEAS), has acquired a majority stake in three solar projects in South Africa. The 30 MW solar portfolio reached a financial close in May 2022 and is expected to reach commercial operation in March and April 2023. The construction works are likely to be started this month. The projects will be connected through a combination of wheeling and behind-the-meter solutions, feeding energy into Harmony operations in the Welkom area in South Africa. Upon completion, the projects will deliver 68 GWh of clean energy in the first twelve months of operations and 1.3 TWh over the 20-year lifespan of the projects. The energy produced by the portfolio is expected to mitigate 65,000 tonnes of CO2 emissions in the first year of operations.

ERG, through its subsidiary ERG Power Generation, has signed an agreement to acquire 100% of the capital of MP Solar, a Dutch company owned by the ABN AMRO Sustainable Impact Fund. MP Solar owns 18 solar PV projects in operation through seven Italian special purpose vehicles (SPVs) located in Puglia, Molise, Lazio, and Sardinia, with a total installed capacity of 33.8 MW and overall annual production of 46 GWh. These projects started operation in 2011 and benefited from the Conto Energia (II, III, IV) tariff regime. The transaction amount in terms of enterprise value as of December 31, 2021, is €128 million (~$136.8 million), and the 2021 EBITDA is €16.6 million (~$17.7 million). The closing of the agreement will take place in July 2022.

Nautilus Solar Energy, a solar project developer through its subsidiary Nautilus U.S. Power Holdco, has acquired two community solar portfolios with five projects totaling 26.2 MW in Maine from BNRG Maine, a joint venture between BNRG Renewables and Dirigo Solar. The projects are in various stages of development and spread across Cumberland, Kennebec, and Penobscot counties. The projects will reach commercial operation by the third quarter of 2022. Upon completion, the solar projects are expected to provide an alternative energy option to 6,000 residential households within Central Maine Power (CMP) electric utility territory and commercial off-takers within the Versant electric utility territory. The projects are expected to generate over 36 million kilowatt-hours (kWhs) annually, contributing to Maine’s goals of providing economic growth and relying on 80% clean energy by 2030 and 100% by 2050 program.

Atrato Onsite Energy, the renewables investment trust focusing on UK commercial onsite solar projects, announced that it had invested £6.6 million (~$8.2 million) into an operational rooftop solar PV project for Marks & Spencer. The PV project, part of the pipeline as set out at the company’s IPO, is installed in an M&S logistics warehouse in Leicestershire. The 900,000 square foot distribution center has over 24,000 PV panels on its roof, which provide a capacity of 6.1 MW. The project has been operational since 2015 and is accredited under the Renewable Obligation Certificate (ROC) regime at a rate of 1.6 ROCs per MWh of generation.  ROC projects are eligible for certificates for twenty years from commissioning.